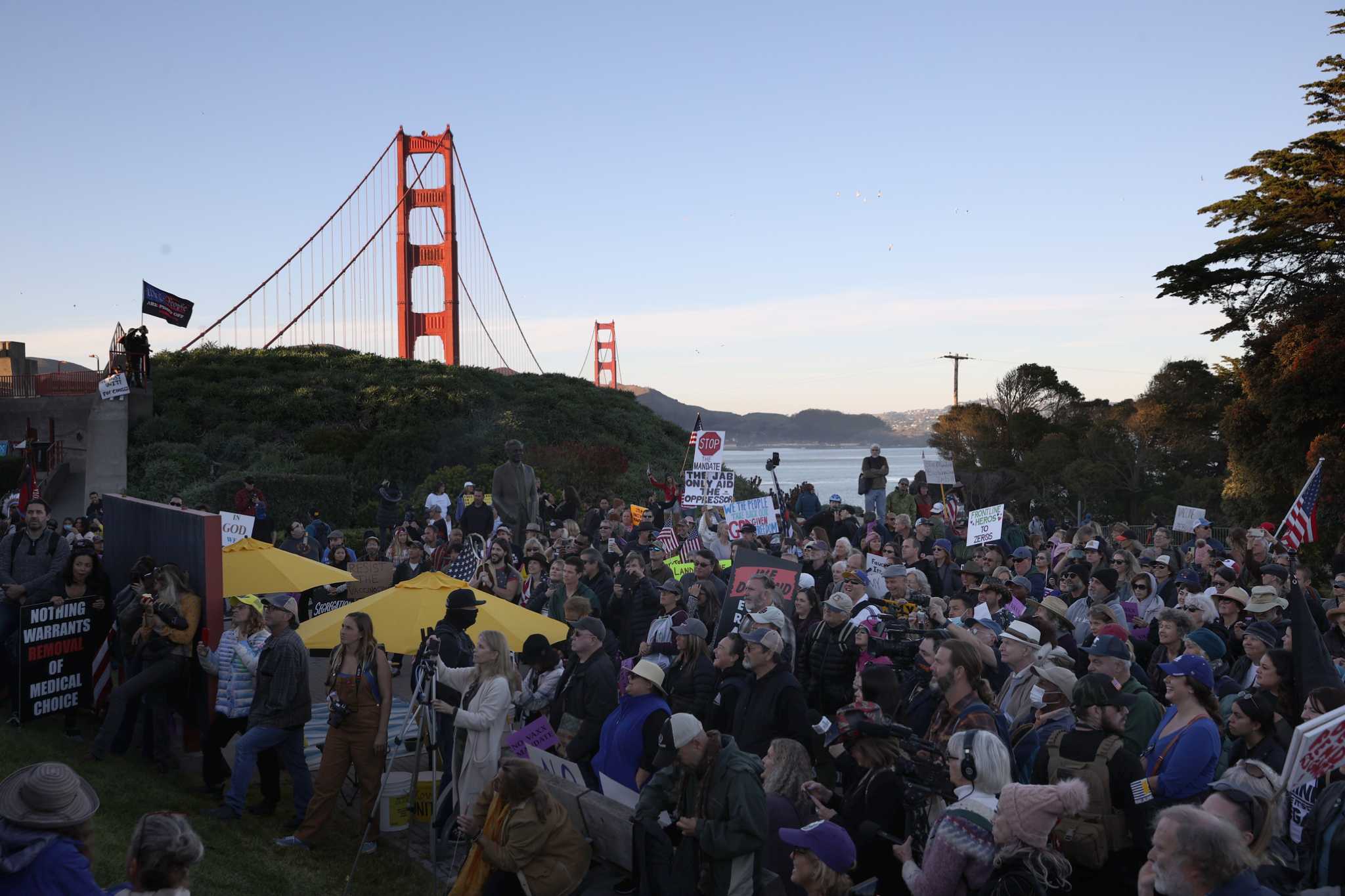 Five people were injured, including two police officers, following a crash on the Golden Gate Bridge during an anti-vaccination protest Thursday evening, according to KRON4.

About 6 p.m., two California Highway Patrol officers were struck by a vehicle on the northbound lanes of the bridge close to where protesters had gathered, according to the report, which added that the officers were taken to the hospital for non-life-threatening injuries.

Three Golden Gate Bridge personnel were also injured after one vehicle rear-ended another, NBC Bay Area said. A spokesperson for the Golden Gate Bridge District said that they sustained minor injuries, KRON4 said. One worker was also taken to the hospital.

Here’s that crash near the anti-vaccine protest at the Golden Gate Bridge, as seen on NBC Bay Area.

The South Marin Fire District tweeted that crews were on the scene to take patients to the hospital.

Authorities closed part of one lane, jamming traffic. The accident occurred during the jam when an SUV collided with a street sweeper, which was pushed into a line of CHP officers, KGO-TV reported.

Southern Marin Fire District crews are on scene to transport patients to hospital. Reminder to please drive with caution. https://t.co/eiHB1FmT7r

Hundreds of people had gathered on the bridge Thursday afternoon for the “No vax mandates rally and march” to protest requirements to get vaccinated against COVID-19. NBC Bay Area said its aerial footage showed CHP officers were trying to keep protesters off the bridge.

“They were gathered at the sidewalk entrance onto the Golden Gate Bridge, and apparently there were individuals in the crowd that had stated their intent was to take over the lane of traffic, so our intention at that point was to serve as a deterrent to try to prevent anybody from getting on,” Barclay told The San Francisco Chronicle.

According to KCBS Radio, a representative for the Golden Gate Bridge District said that protesters didn’t have a permit

Check back for further updates on this breaking news story.