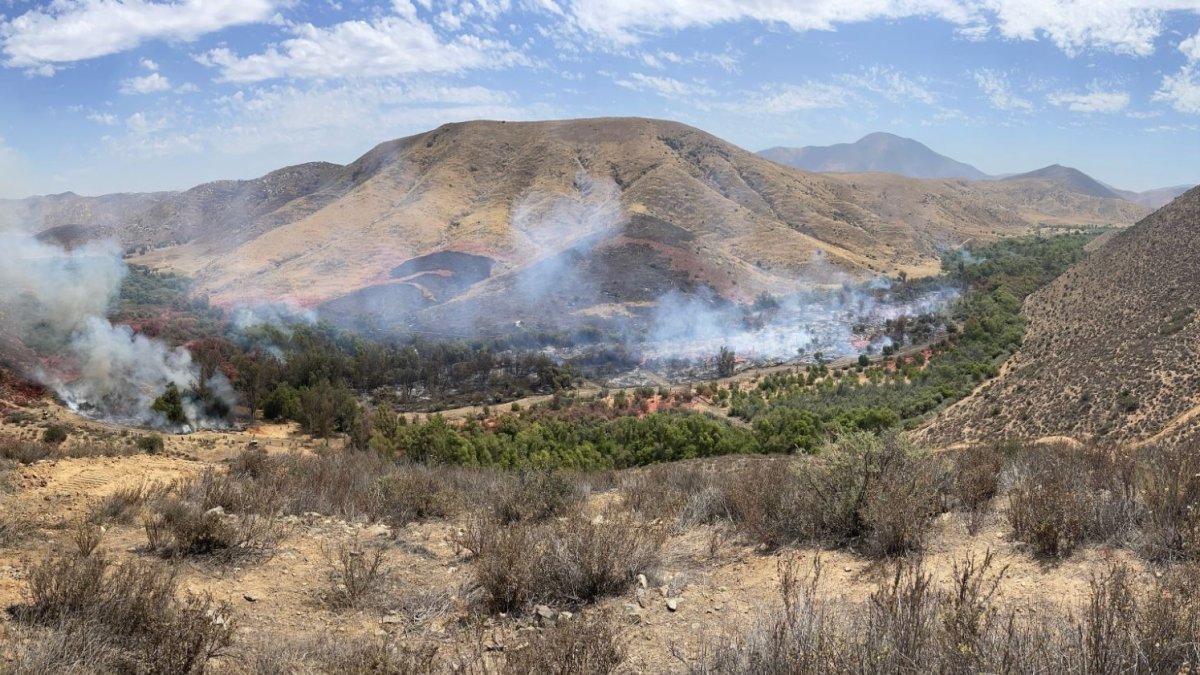 A wildfire burned across swaths of rugged open terrain in the far southern reaches of San Diego County Tuesday, blackening scores of acres and pushing into Mexico before ground and air crews gained control of the flames.

Two firefighters suffered heat-related illnesses while fighting the blaze that started for unknown reasons at about 10 a.m. near Tecate Creek in Marron Valley, east of Otay Mesa, according to Cal Fire.

By mid-afternoon, the fire — the second in the area in as many days — had blackened some 40 acres and had moved south across the international line, said Cal Fire Capt. Thomas Shoots.

Ground crews and personnel aboard air tankers and water-dropping helicopters battled the blaze, which posed no immediate structural threats. As of midday, the nearest homes to the burn area were several miles away, Shoots said.

In addition to fighting the flames on the U.S. side of the border, Cal Fire personnel were aiding their Mexican counterparts just to the south in adjacent Baja California territory.

By 5:30 p.m., firefighters had halted the spread of the blaze at an estimated 70 acres in size, with approximately 25% containment. Firefighters increased containment overnight to 60% and would have dozens of crews on scene Wednesday to mop up.

There have been several recent wildfires in the terrain near the U.S.-Mexico border. On Monday evening, a fire started east of San Ysidro and grew to about 30 acres before firefighters stopped its spread overnight. The fire, which was 25% contained by Tuesday morning, started in steep, rugged terrain that was challenging for firefighters, Cal Fire San Diego said.

Last week, a blaze dubbed the Border 13 Fire scorched 577 acres near Dulzura before it was halted. And, the day prior, about 65 acres of nearby land was scorched by the Barrett Fire.