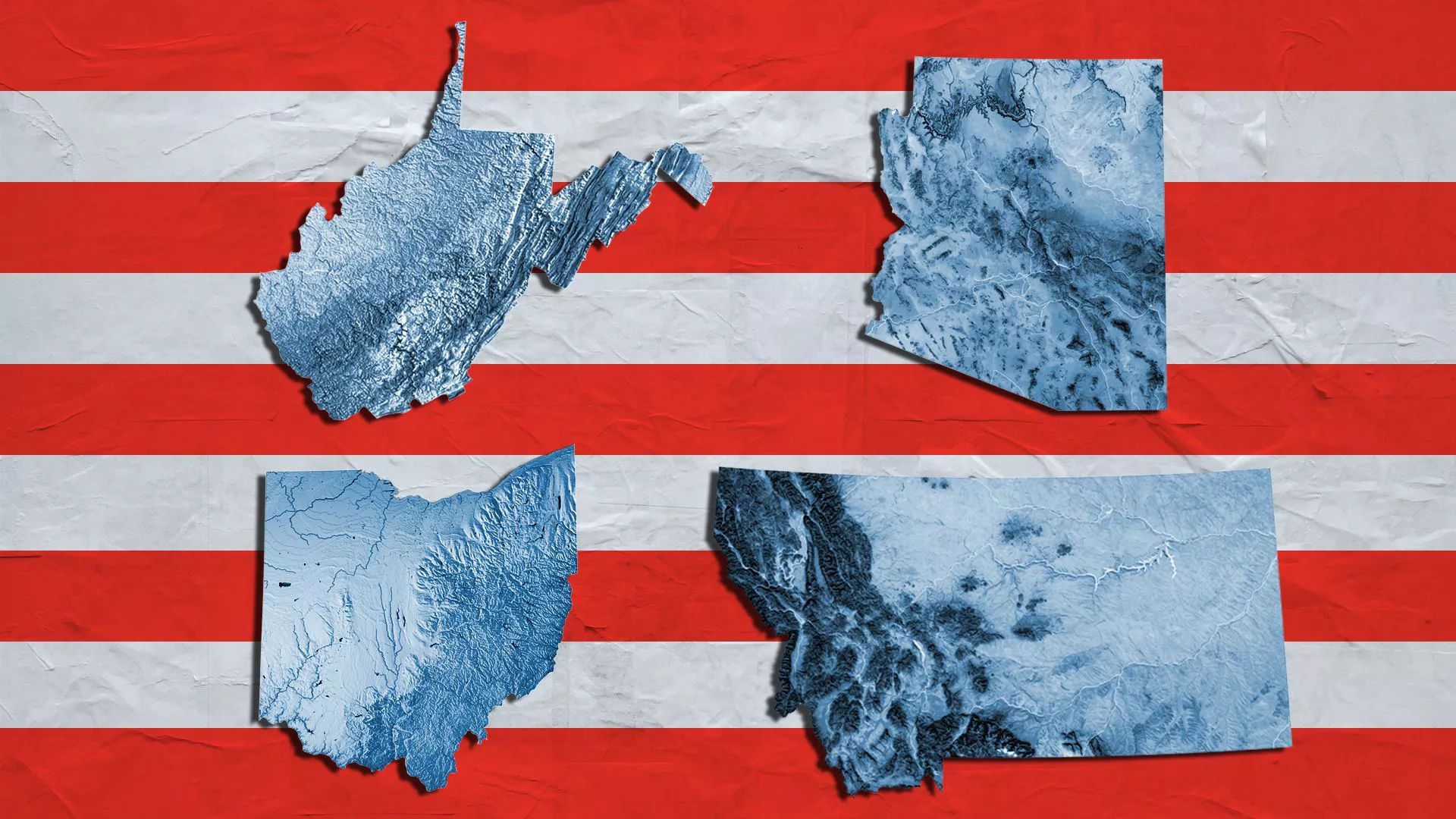 After last year’s midterm fail, Republicans are licking their chops at an enviable outlook for snatching the Senate majority in ’24.

Why it matters: The four Senate tossup races are in red (West Virginia, Ohio, Montana) or swing (Arizona) states — part of a strongly GOP-favorable ’24 Senate map.

“Democrats are defending all 3 seats they hold in states that Donald Trump carried for president in 2020 — Montana, Ohio, and West Virginia,” notes Sabato’s Crystal Ball, from the UVA Center for Politics.

1. West Virginia: This is the GOP’s best pickup opportunity, since it’s the second-most Trump-friendly state on the map.

2. Ohio: Ohio, a one-time battleground, is fast becoming Republican turf, with the GOP scoring a clean sweep in last year’s midterms. But Sen. Sherrod Brown (D-Ohio) has an enviable brand as a labor-friendly Democrat who has won over blue-collar voters that drifted to Trump.

3. Montana: The GOP’s ability to pick up the seat held by Sen. Jon Tester (D) comes down to candidate recruitment — and whether the popular red-state senator runs for re-election.