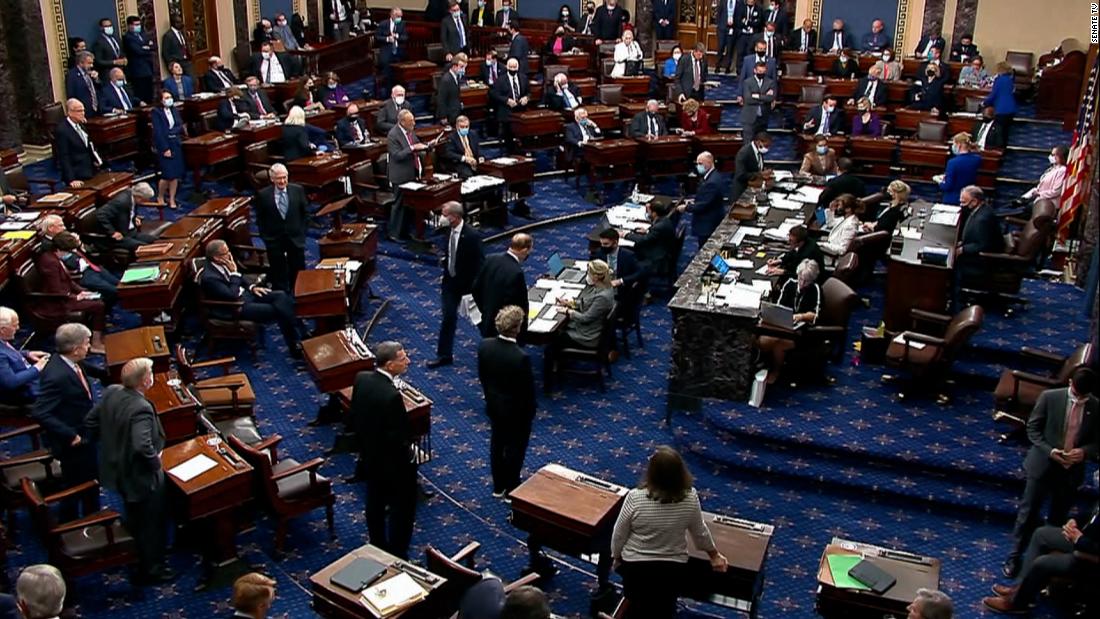 Get ‘5 Things’ in your inbox

Tropical Storm Fred has formed off the coast of Puerto Rico, and much of the Caribbean – plus South Florida by week’s end – are in its path.

(You can also get “5 Things You Need to Know Today” delivered to your inbox daily. Sign up here.)

The Senate floor has been very, very busy. The Senate yesterday afternoon voted to advance the massive $1.2 trillion bipartisan infrastructure package following months of intense negotiations. The final vote of 69-30 represented a wide bipartisan berth, but the bill will likely encounter new challenges as it goes to the House. Then, early this morning, Senate Democrats approved their $3.5 trillion budget resolution, which they hope will pave the way for a huge economic package without the threat of legislative obstacles from Republicans who oppose it. The measure passed after a lengthy series of amendment votes known as a “vote-a-rama.” Next, it also goes to the House for approval. Only after both chambers pass it will Democrats be able to use a process known as budget reconciliation to pass the legislation on a party-line vote. It addresses health care, aid for families, the climate crisis and more.

New York Gov. Andrew Cuomo announced he will resign amid the growing fallout from a sexual harassment scandal. His resignation heads off potential impeachment plans from the state’s Democratic-led legislature, which rumbled to life after the New York attorney general released a report last week that concluded Cuomo had sexually harassed 11 women. Cuomo said his resignation will take effect in two weeks, bringing an end to his decadelong tenure as governor. Lt. Gov. Kathy Hochul, a Buffalo native, is poised to take up the mantle and would become the state’s first female governor. Cuomo has denied all allegations against him, saying he never touched anyone inappropriately. He continued yesterday to skirt the line between apology and excuses, insisting he was, politically, the victim of evolving social norms.

The start of the school season could mark a seriously dangerous time in the pandemic for children as Delta variant cases rise and many adults continue to avoid health precautions and Covid-19 vaccines. The good news is the national vaccination rate is finally up again to the same level we saw in June – about 500,000 new vaccinations initiated per day. However, since there is a lag in immunity for newly vaccinated people, and since children under 12 still can’t get vaccinated, the dangers will linger for a while. Meantime, three major US airlines – Southwest, American and Delta – won’t require their employees to receive a Covid-19 shot. This is a departure from United Airlines’ mandate that all employees get vaccinated by October 25 or face getting fired.

03:57 – Source: CNN
Florida coach went from being healthy to battling for his life in the ICU

Dominion Voting Systems is suing right-wing TV channels Newsmax and One America News, alleging they aided the spread of baseless conspiracy theories about the technology company’s role in the 2020 election. Dominion was targeted by former President Trump in the aftermath of November’s election. His media allies assisted in spreading conspiracy theories about rigged voting machines and other baseless claims, often with Dominion’s name attached. The company is asking for $1.6 billion in each of its suits against OAN and Newsmax. Dominion has also sued MyPillow CEO Mike Lindell, former Trump campaign lawyers Rudy Giuliani and Sidney Powell, and Patrick Byrne, the former chief executive of Overstock, alleging they all had a hand in spreading election misinformation. A similar $1.6 billion lawsuit from Dominion against Fox News is also pending.

Canadian businessman Michael Spavor has been sentenced by a Chinese court to 11 years in prison for spying. Spavor is one of two Canadian businessmen detained in China in 2018 following the arrest in Vancouver of Meng Wanzhou, CFO of Chinese tech giant Huawei, over allegations the company violated US sanctions on Iran. The detention of Spavor and his countryman Michael Kovrig has led to a plummeting relationship between China and Canada and ongoing concerns about the men’s welfare. Canada’s ambassador to China said the Canadian government strongly condemned the Spavor verdict. The Trump and Biden administrations have both said they will help the Canadian government in fighting for the men’s release.

Rihanna wants you to know she smells really good

We literally have no doubt.

A new ‘Batman’ comic confirms that sidekick Robin is queer

Aw, he gets asked out on a date!

’The Bachelorette’ finale ends with an engagement for Katie Thurston

A happy ending and, yes, the daily required amount of drama.

Want a more flexible work schedule? Here’s how to ask for it

You can do it! You deserve it! We believe in you!

02:14 – Source: CNNBusiness
Remote or office work? The strategies are varied

I’ll be honest, one sip of this would probably liquify our kidneys.

That’s the proportion of ultra-processed foods that make up the average diet of US children and teenagers, according to a new analysis of two decades of data. It’s up from 61% in 1999.

01:07 – Source: CNN
See NASA’s new spacesuits for the moon and beyond

This piece is the perfect soundtrack to whatever you’re getting up to today. (Click here to view.)

Philadelphia Mayor Jim Kenney says he won’t run for Pa. governor or U.S. Senate - The Philadelphia I...
Winneshiek County to hold special election for open Board of Supervisors seat - kwwl.com
Who might run for election in 2024? Trump, AOC, Kamala Harris and more - The Independent