Air travel in the US is back in full swing, but the return to the skies hasn’t been entirely smooth. Passengers are frustrated by packed flights, as well as an increase in disruptive passenger incidents, flight cancellations and soaring air fares, according to a new survey.

(You can get “5 Things You Need to Know Today” delivered to your inbox daily. Sign up here.)

Finland’s president and prime minister have announced their support for joining NATO, moving the Nordic nation – which shares an 800-mile border with Russia – one step closer to membership of the US-led military alliance. Since the end of World War II, Finland has been militarily non-aligned and neutral to avoid provoking Russia. The war in Ukraine, however, has sufficiently changed the calculation, so that joining NATO now seems the best way forward, regardless of what Russia’s reaction might be. It is also expected that Sweden, Finland’s neighbor to the west, will soon announce its intention to join the alliance. Russia has warned both countries against joining NATO, saying there would be consequences. Separately, prosecutors in Ukraine have launched a war crimes investigation after Russian soldiers were caught on surveillance video shooting unarmed civilians.

A key vote on a Democrat-led bill aimed at preserving access to abortion nationwide failed in the Senate yesterday. The bill’s failure to advance comes as the Democratic Party faces enormous pressure to take action on abortion rights amid fears that the landmark Roe v. Wade ruling will soon be struck down. The final tally was 49 to 51, with Democratic Sen. Joe Manchin of West Virginia joining with Republicans to vote against the measure and stop it from advancing. President Joe Biden lashed out at Senate Republicans yesterday for blocking the passage of the Women’s Health Protection Act. “This failure to act comes at a time when women’s constitutional rights are under unprecedented attack – and it runs counter to the will of the majority of American people,” Biden said.

US inflation took a breather last month for the first time since August. Prices still increased, but at a slower pace than in previous months. The Consumer Price Index was up 8.3% in the 12 months ended in April, slightly higher than economists had predicted, the Bureau of Labor Statistics said yesterday. It was a decrease from the 8.5% recorded in March, which had been the highest level in more than 40 years. Yesterday’s data suggests that the inflation peak is behind us, just as economists, the Federal Reserve, the White House and the American people hoped. But some economists say the war in Ukraine, bad weather, and renewed Covid-related lockdowns in China will likely keep prices elevated over the summer. The cost of food also continued to rise in the last 12 months, and the highest increases were seen among some grocery staples such as eggs, milk, citrus fruits and margarine.

Drug overdoses in the US were deadlier than ever in 2021, according to provisional data from the CDC. Nearly 108,000 people died of drug overdoses last year, and about two-thirds of those deaths involved fentanyl or another synthetic opioid. “This is a devastating milestone in the history of the overdose epidemic in America,” said Dr. Nora Volkow, director of the National Institute on Drug Abuse. Overdose deaths have been on the rise for years in the US, but surged amid the Covid-19 pandemic, which accelerated trends that were already heading in the wrong direction. Experts say that reversing course will require concentrated efforts – and it will take time, both strategically and ideologically.

At least 20 homes were set ablaze yesterday in an affluent area of Orange County, California, as a brush fire rapidly grew and spread to residences that were either destroyed or damaged, officials said. Photos show the fire ripping through mansions and burning through to their interiors in one neighborhood. The fire, which grew to about 200 acres yesterday evening, was fueled by gusty winds that reached up to 30 mph in the area, according to nearby observations from the National Weather Service. That is in addition to dry conditions from an ongoing severe drought in the entire region, according to the latest US Drought Monitor report.

Now, here’s some remarkable space news! NASA has described the discovery as “mind-blowing.”

You may know him as one of the stars in HBO’s “Succession.” He’s now trending for protesting Starbucks’ surcharge on dairy alternatives.

Volkswagen is bringing back the Scout as an electric SUV

On the heels of the beloved VW microbus comes the Scout. Maybe VW will resurrect the Beetle next…

The largest white diamond ever auctioned, falls short of expectations

This diamond is about the size of a golf ball, but despite its grandeur, it sold millions short of its high estimate.

Fun fact: Scientists say Mars was once warm and wet billions of years ago, but something changed and caused the planet to become the arid, frozen desert it is today.

That’s the value of the tentative settlement reached with families of victims over the collapse of a residential building in Surfside, Florida, that killed 98 people last year, according to an attorney for plaintiffs in a class-action lawsuit. A large portion of the Champlain Towers South building collapsed in the middle of the night on June 24, 2021. The victims ranged in age from 1 to 92 years old.

– Broadway legend Patti LuPone, screaming at audience members who refused to properly wear their masks at a Broadway post-show event. The widely shared video shows the two-time Tony Award winner delivering the sharp rebuke from on stage, which prompted two audience members to leave the theater, a representative of the event said. Masks are currently required in all 41 Broadway theaters. 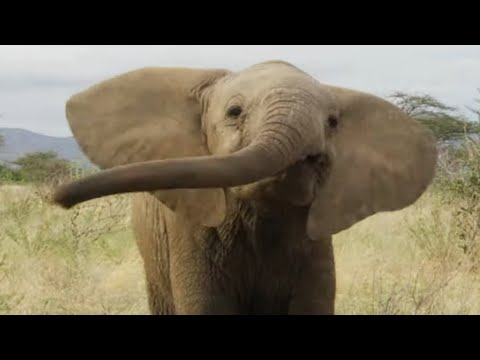