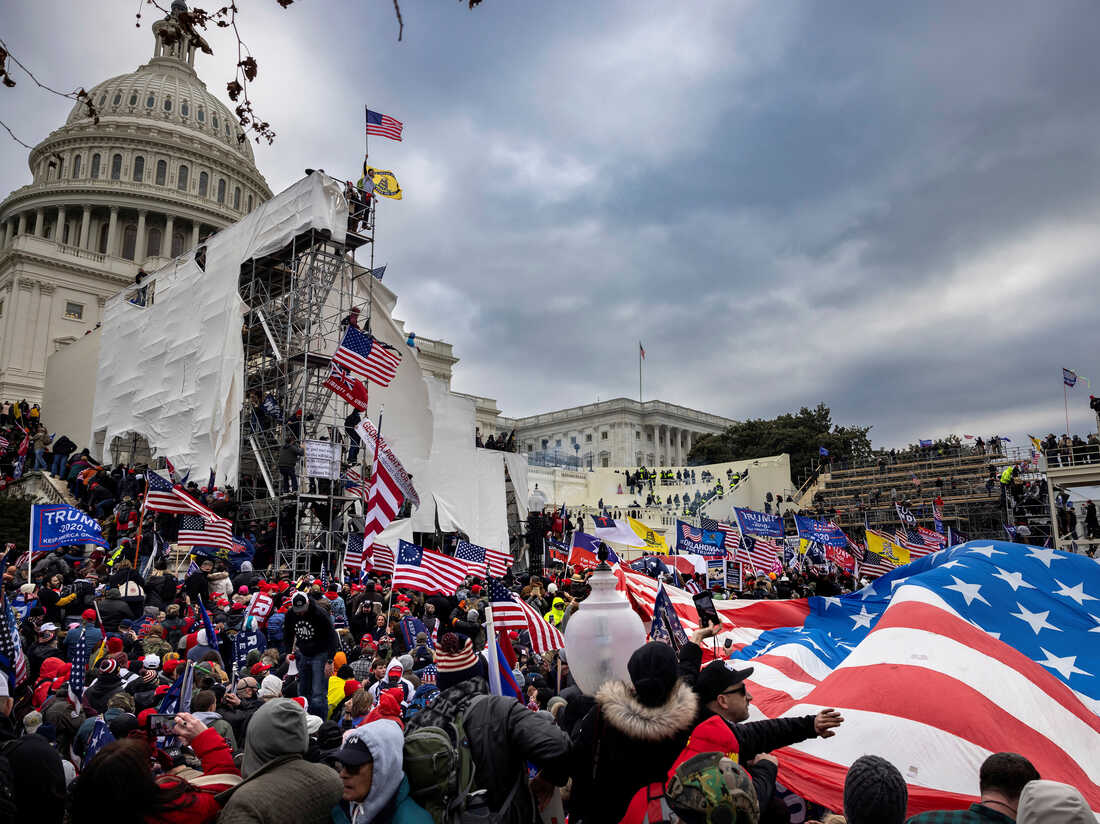 More than 600 people have been charged in the Capitol riot investigation, and at least 60 have pleaded guilty. Brent Stirton/Getty Images hide caption 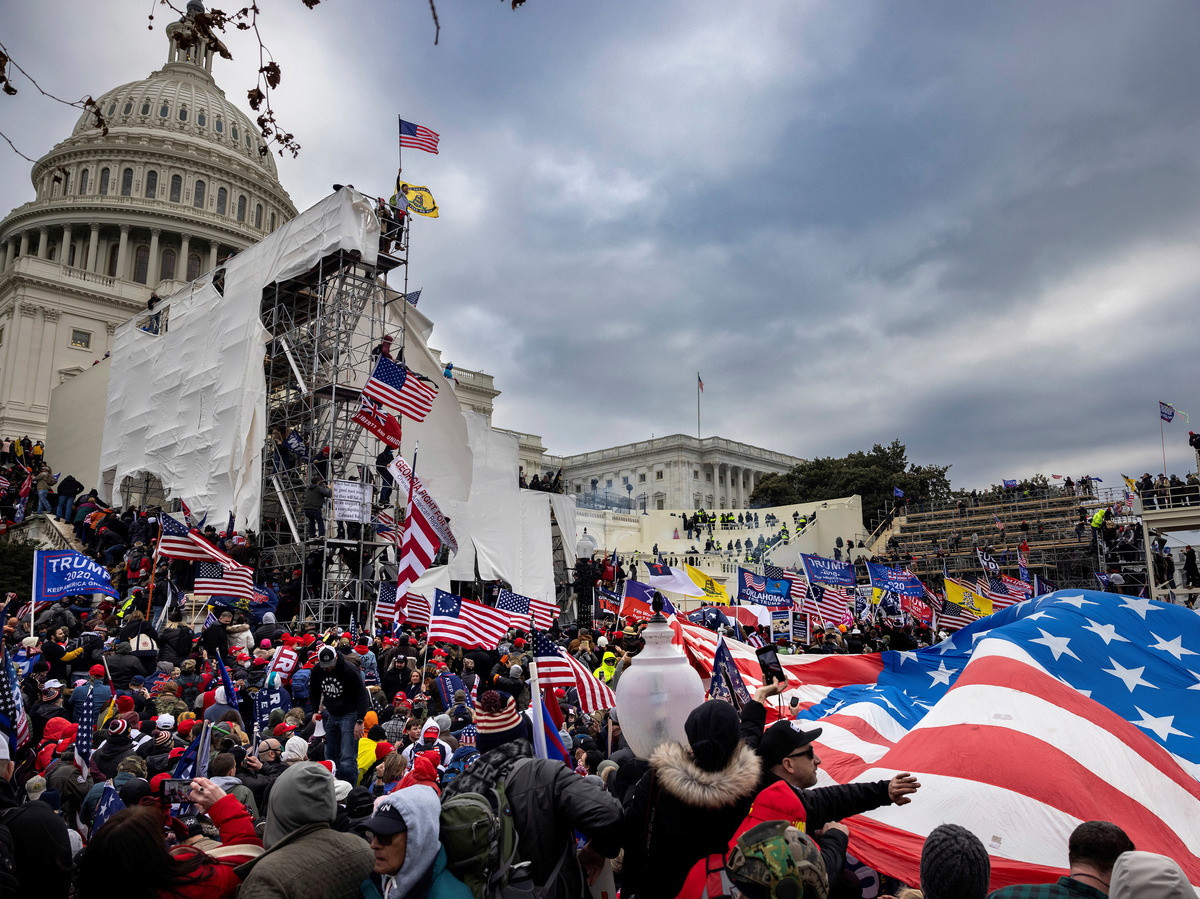 More than 600 people have been charged in the Capitol riot investigation, and at least 60 have pleaded guilty.

Six more people pleaded guilty on Friday to charges connected to the Jan. 6 Capitol riot, including a man who threatened to shoot House Speaker Nancy Pelosi in the head.

Cleveland Meredith Jr. missed the pro-Trump rally in Washington, D.C., earlier this year, but stuck around long enough to tell family members that he planned to shoot Pelosi. He pleaded guilty to one count of interstate communication of threats.

According to court papers, Meredith sent a relative a text message saying he wanted to attend an event with Pelosi and put “a bullet in her noggin on Live TV.” The relative contacted Meredith’s mother, who got in touch with the FBI. Soon after, agents located Meredith in a downtown D.C. hotel, and found a handgun, rifle and 2,500 rounds of ammunition in his possession.

Meredith’s sentencing is scheduled for December.

Two Illinois men — Bruce Harrison and Douglas Wangler — pleaded guilty to one misdemeanor count of picketing, parading or demonstrating in a capitol building. They spent about 20 minutes inside the Capitol on Jan. 6, during which Harrison took a video of Wangler pumping his fist in the air.

Similarly, Brandon and Stephanie Miller, a married couple from Ohio, also pleaded guilty to the same count of parading in a capitol building.

The couple entered the Capitol through a window, and then broadcast live on social media from inside.

More than 600 people have been charged in the Capitol riot investigation, and at least 60 have pleaded guilty. Most of those, face low-level misdemeanor charges which carry minimum punishment. But people who plead guilty to felonies could receive years-long prison sentences.