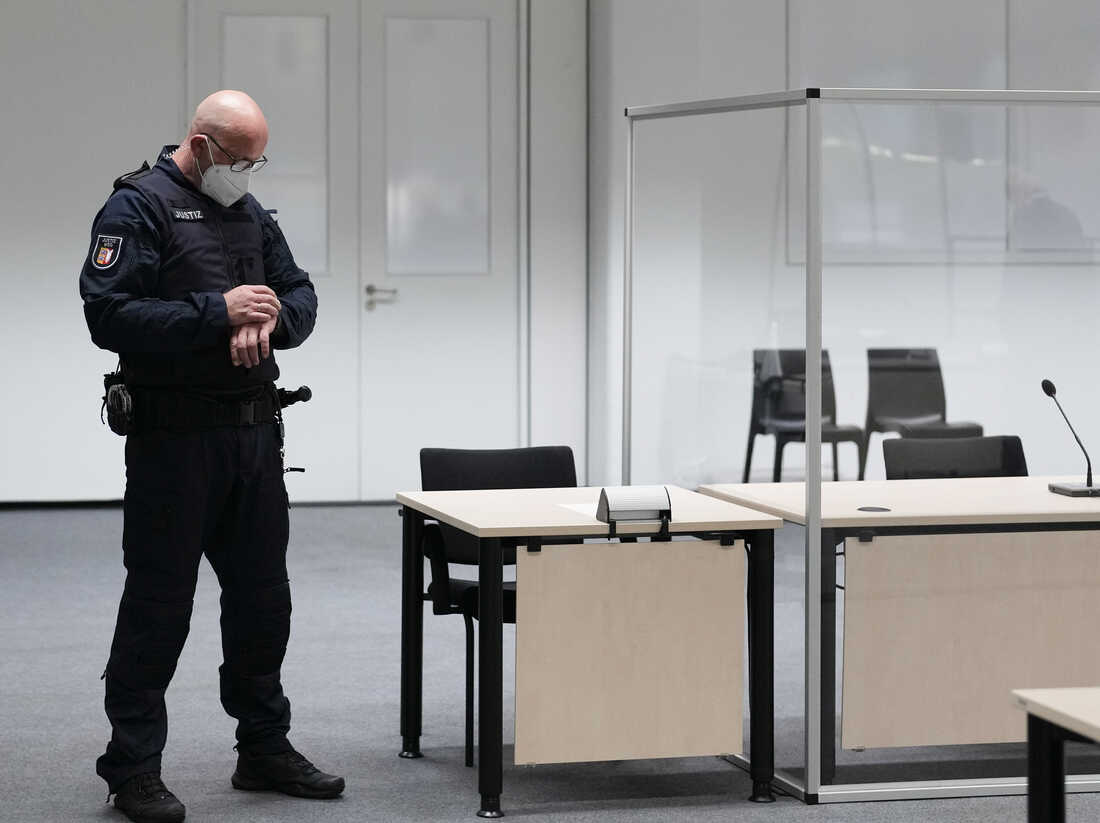 A judicial officer looks at his watch prior to a trial against a 96-year-old former secretary for the SS commander of the Stutthof concentration camp at the court room in Itzehoe, Germany on Thursday. The woman who is charged of more than 11,000 counts of accessory to murder has not appeared and is wanted by warrant. Markus Schreiber/AP hide caption 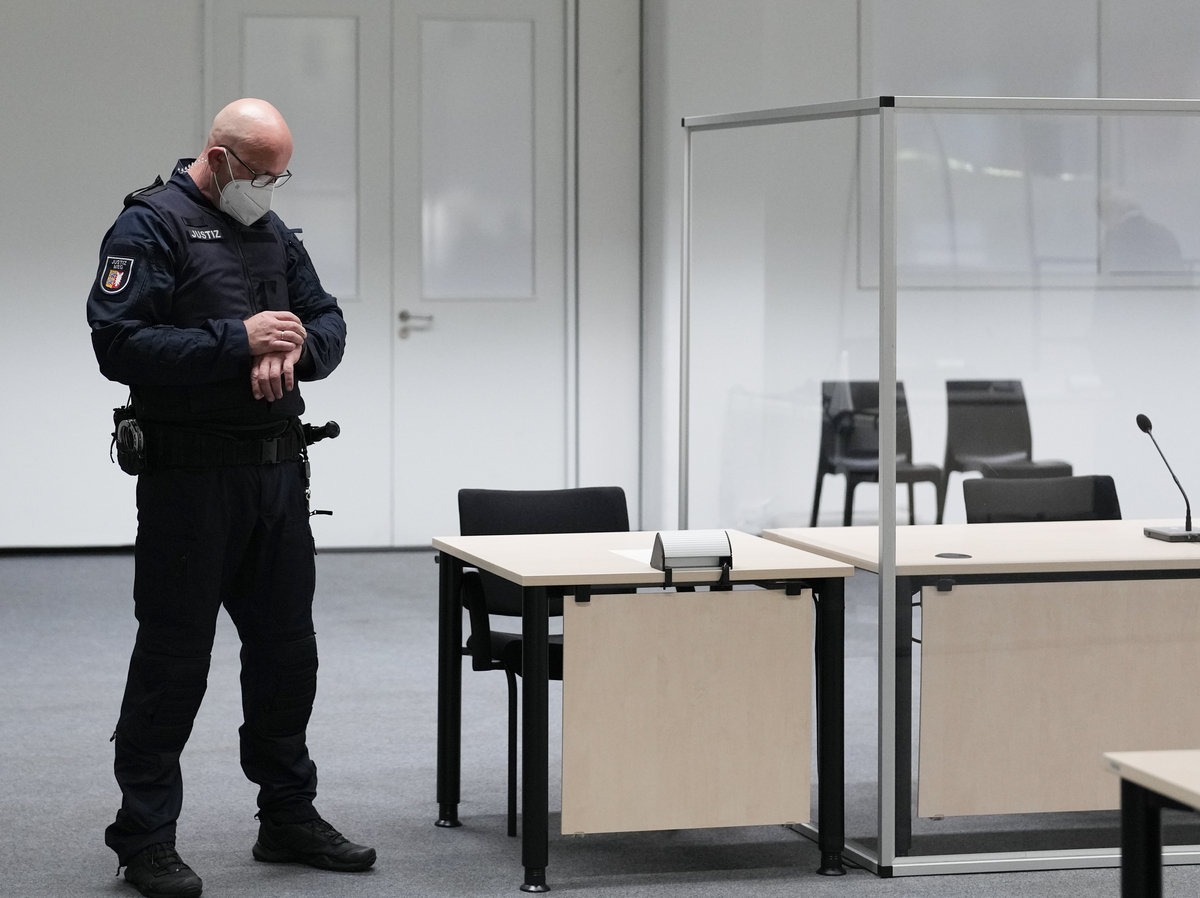 A judicial officer looks at his watch prior to a trial against a 96-year-old former secretary for the SS commander of the Stutthof concentration camp at the court room in Itzehoe, Germany on Thursday. The woman who is charged of more than 11,000 counts of accessory to murder has not appeared and is wanted by warrant.

BERLIN — A former secretary for the SS commander of the Stutthof concentration camp was being sought on an arrest warrant Thursday after skipping the planned start of her trial in Germany on more than 11,000 counts of accessory to murder, officials said.

The 96-year-old woman left the home where she lives in a taxi on Thursday morning, heading for a subway station on the outskirts of Hamburg, German news agency dpa quoted Itzehoe state court spokeswoman Frederike Milhoffer as saying. Her destination wasn’t known.

Presiding judge Dominik Gross said the court had issued an arrest warrant, and it remained to be seen whether she would be caught.

Prosecutors argue that the woman was part of the apparatus that helped the Nazi camp function during World War II more than 75 years ago.

The court said in a statement before the trial that the defendant allegedly “aided and abetted those in charge of the camp in the systematic killing of those imprisoned there between June 1943 and April 1945 in her function as a stenographer and typist in the camp commandant’s office.”

Despite her advanced age, the German woman was to be tried in juvenile court because she was under 21 at the time of the alleged crimes. German media identified her as Irmgard Furchner.

Efraim Zuroff, the head Nazi hunter at the Simon Wiesenthal Center’s office in Jerusalem, said the defendant had claimed in a recent letter to the court that she was too frail to appear for trial.

“Apparently, that’s not exactly the case,” he said.

The case against Furchner relies on German legal precedent established in cases over the past decade that anyone who helped Nazi death camps and concentration camps function can be prosecuted as an accessory to the murders committed there, even without evidence of participation in a specific crime.

A defense lawyer told Der Spiegel magazine that the trial would center on whether the 96-year-old had knowledge of the atrocities that happened at the camp.

“My client worked in the midst of SS men who were experienced in violence — however, does that mean she shared their state of knowledge? That is not necessarily obvious,” lawyer Wolf Molkentin said.

According to other media reports, Furchner was questioned as a witness during past Nazi trials and said at the time that the former SS commandant of Stutthof, Paul Werner Hoppe, dictated daily letters and radio messages to her.

Furchner testified she was not aware of the killings that occurred at the camp while she worked there, dpa reported.

Initially a collection point for Jews and non-Jewish Poles removed from Danzig — now the Polish city of Gdansk — Stutthof from about 1940 was used as a so-called “work education camp” where forced laborers, primarily Polish and Soviet citizens, were sent to serve sentences and often died.

From mid-1944, tens of thousands of Jews from ghettos in the Baltics and from Auschwitz filled the camp, along with thousands of Polish civilians swept up in the brutal Nazi suppression of the Warsaw uprising.

More than 60,000 people were killed there by being given lethal injections of gasoline or phenol directly to their hearts, or being shot or starved. Others were forced outside in winter without clothing until they died of exposure, or were put to death in a gas chamber.