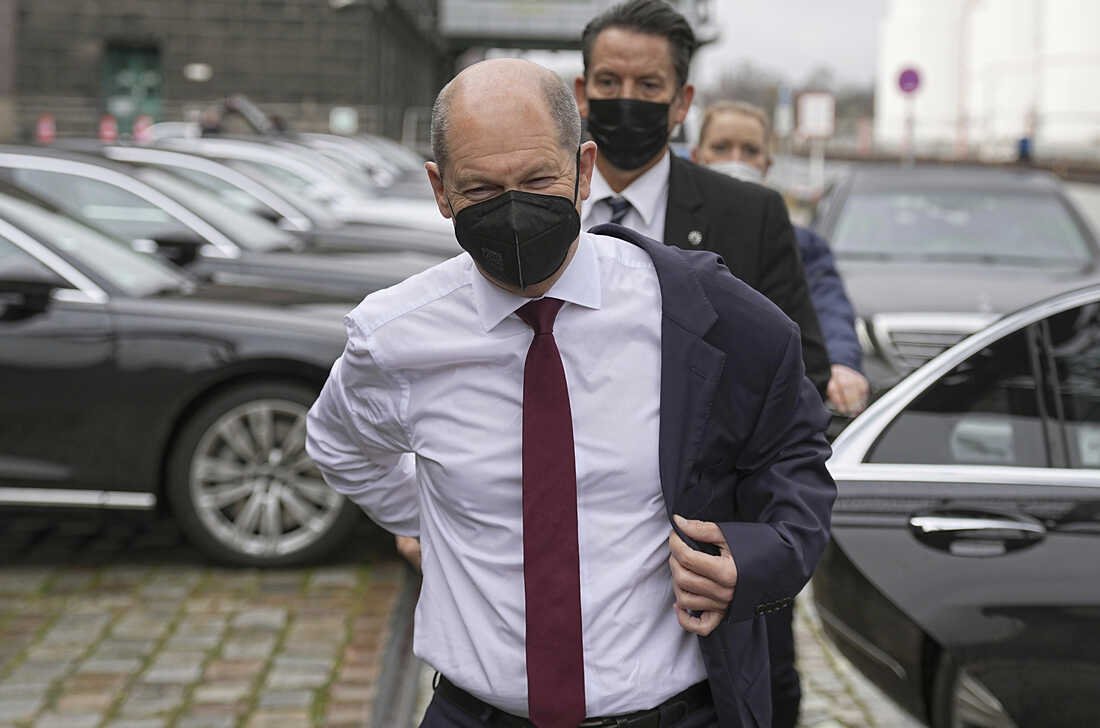 Olaf Scholz, leader of the center-left Social Democrats and Germany’s finance minister, arrives for the presentation of the coalition agreement, in Berlin, on Wednesday. The deal paves the way for Scholz to replace longtime Chancellor Angela Merkel in the coming weeks. Michael Kappeler/AP hide caption 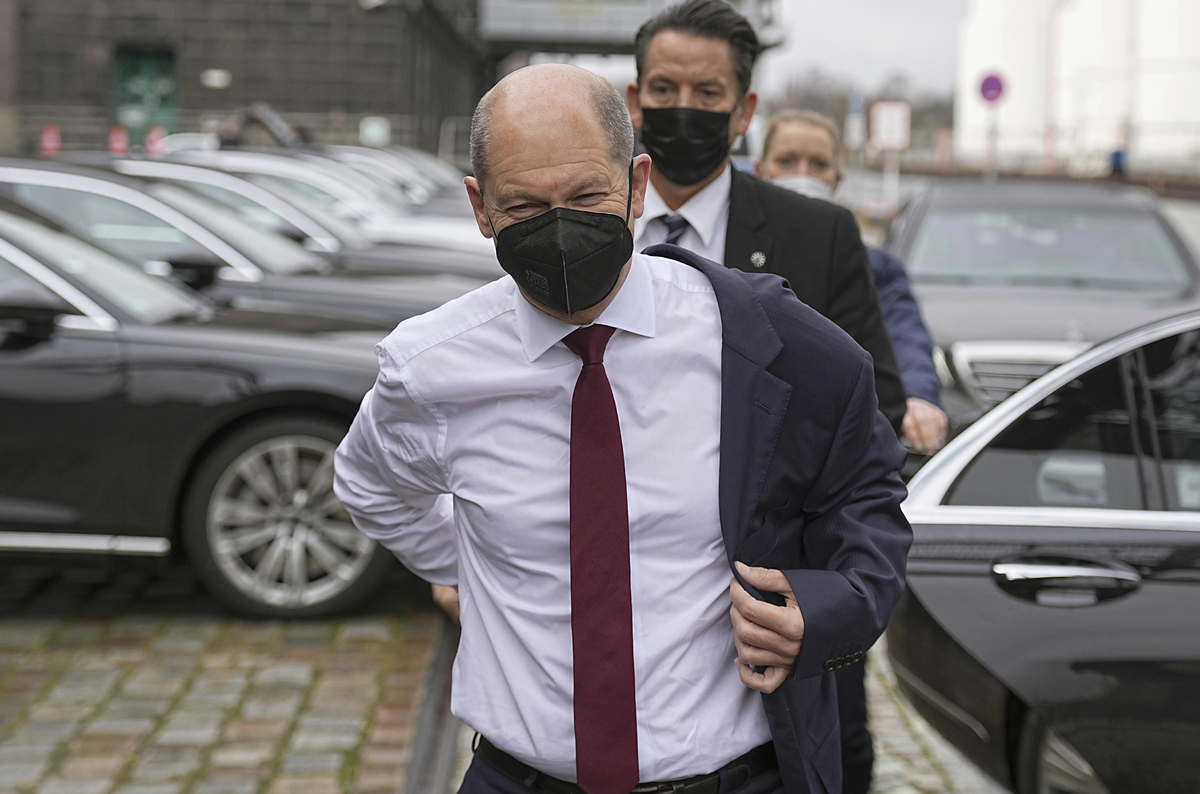 Olaf Scholz, leader of the center-left Social Democrats and Germany’s finance minister, arrives for the presentation of the coalition agreement, in Berlin, on Wednesday. The deal paves the way for Scholz to replace longtime Chancellor Angela Merkel in the coming weeks.

BERLIN — Three German parties have reached a deal to form a new government that will end the era of longtime Chancellor Angela Merkel, according to Olaf Scholz, who is poised to replace her.

Scholz, of the center-left Social Democrats, said he expects that members of the parties will give their blessing to the deal in the next 10 days.

At a news conference, Scholz and other leaders gave some indications of how the coalition would govern.

Among the first measures agreed: compulsory vaccinations in places where particularly vulnerable people are cared for, with the option of expanding that rule. That comes as Germany is seeing a surge in cases, and the political transition has somewhat hampered the country’s response.

Scholz also stressed the importance of a sovereign Europe, friendship with France and partnership with the United States as key cornerstones of the government’s foreign policy — continuing a long post-war tradition.

The new government will not seek “the lowest common denominator, but the politics of big impacts,” Scholz promised.

Robert Habeck, co-leader of the environmentalist Green party, meanwhile, said measures planned by the government would put Germany on a path to meet the goals of the 2015 Paris climate accord.

A three-way alliance would be a first

The Social Democrats have been negotiating with the Greens and the pro-business Free Democrats since narrowly winning a national election on Sept. 26.

If party members sign off on it, the three-way alliance — which has never yet been tried in a national government — will replace the current “grand coalition” of the country’s traditional big parties. The Social Democrats have served as the junior partner to Merkel’s center-right Christian Democrats.

Merkel, who didn’t run for a fifth term, is expected to be succeeded by Scholz, 63, who has been her finance minister and vice chancellor since 2018.

The three would-be governing parties have said they hope parliament will elect Scholz as chancellor in the week beginning Dec. 6. Before that can happen, the deal requires approval from a ballot of the Greens’ roughly 125,000-strong membership and from conventions of the other two parties.

Alliance partners are a mix politically

News of the deal came as Merkel led what was likely to be her last Cabinet meeting. Scholz presented the 67-year-old, who has led Germany since 2005, with a bouquet of flowers.

The negotiations over the alliance were relatively harmonious and speedy compared to previous coalition talks. But the alliance is a potentially uneasy mixture because it brings together two traditionally left-leaning parties with one, the Free Democrats, that has tended to ally with the center-right.

Few details have emerged from the closed-doors talks, including how the parties will divide up the ministerial portfolios.

A preliminary agreement last month indicated that Germany would bring forward its deadline for ending the use of coal-fueled power from 2038 to 2030, while expanding the rollout of renewable energy generation.

At the Free Democrats’ insistence, the prospective partners said they won’t raise taxes or loosen curbs on running up debt, making financing a central issue.

Merkel’s Christian Democrats are currently preoccupied with a leadership contest over who will become their next leader and revive the party’s fortunes after it suffered its worst-ever election result.

Pennsylvania man charged with homicide after human head found in freezer - NBC News
Age is nothing but a number: Here's how the youngest Olympians finished at the Tokyo Olympics - USA ...
Payrolls increase 943,000 in July as unemployment rate slides to 5.4% - CNBC