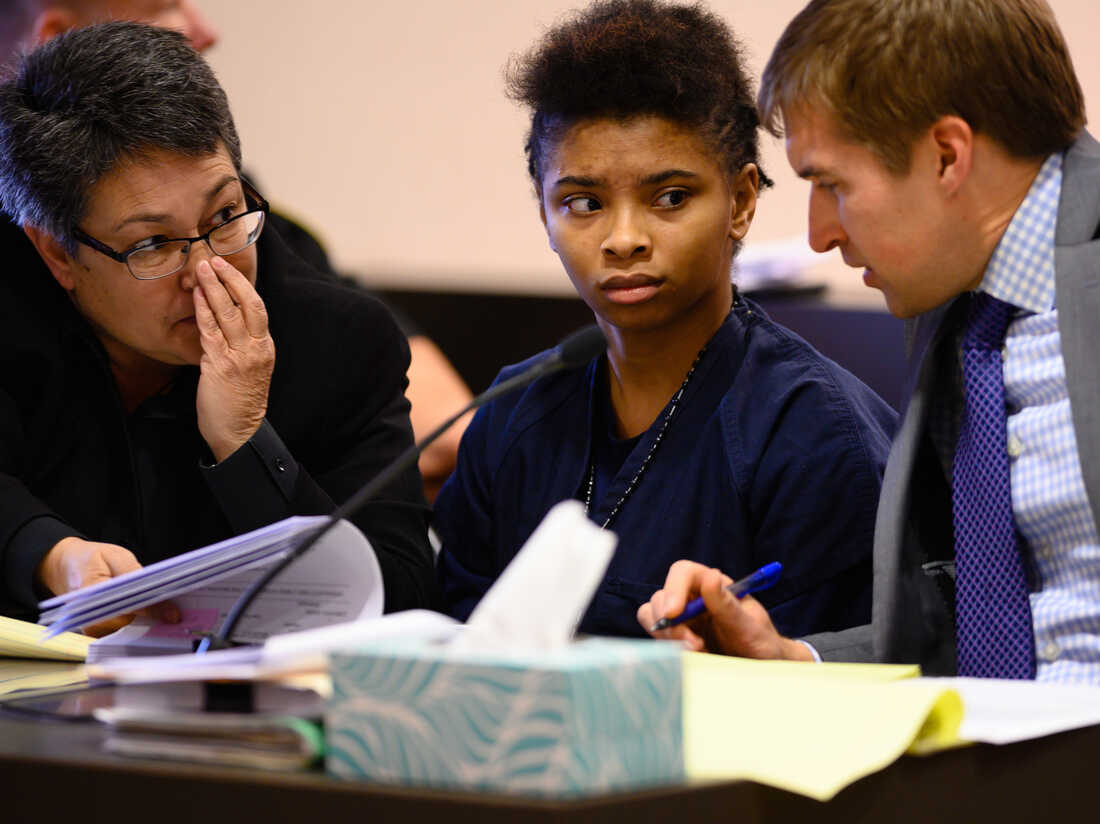 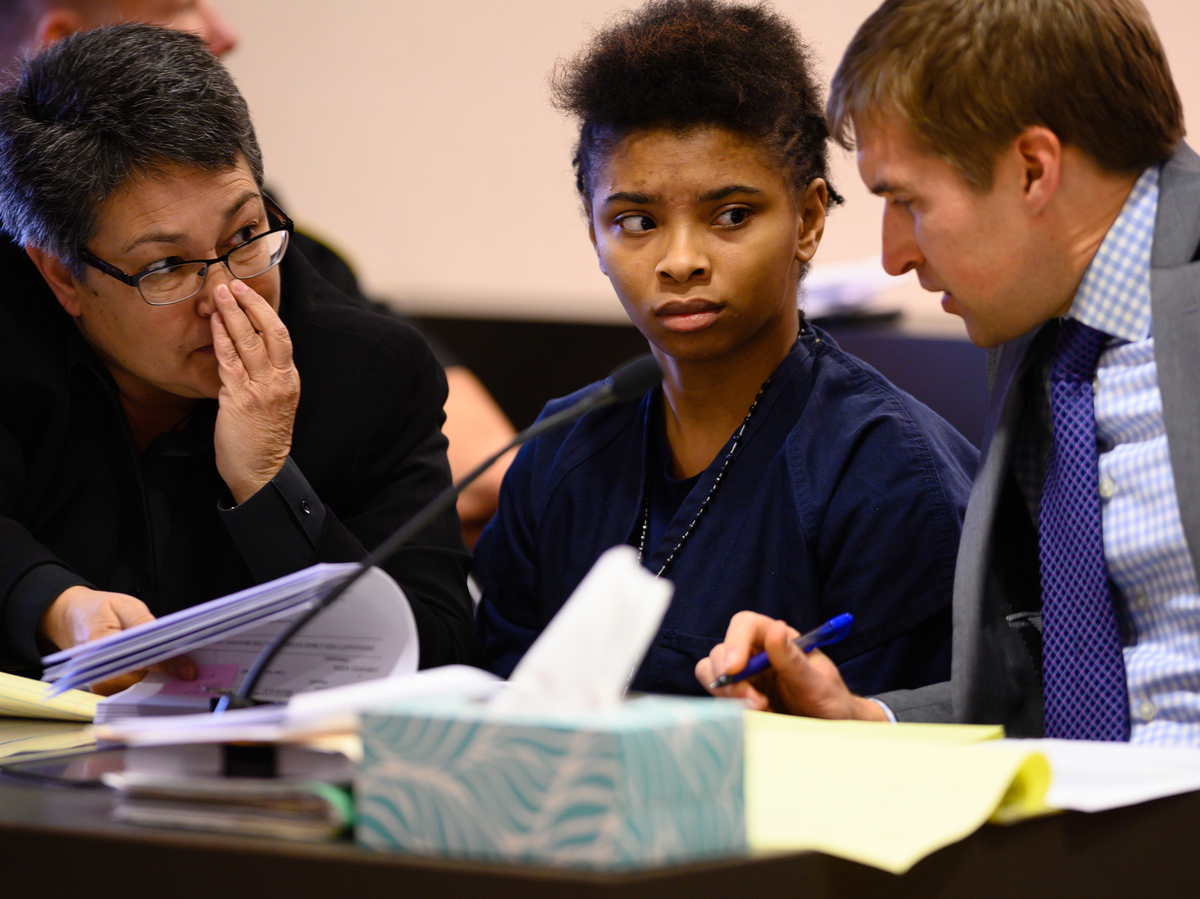 Chrystul Kizer (shown here with her lawyers in 2019) is arguing that it was self-defense when she killed the man who sexually abused her.

In the aftermath of Kyle Rittenhouse’s acquittal in Kenosha, Wis., last week, advocates are turning back to the case of teenager Chrystul Kizer, who is also arguing it was self-defense when she killed her adult sexual abuser, set his house on fire and stole his car in 2018.

Kizer, who was 17 at the time, is accused of shooting Randall P. Volar III in the head; Volar had previously been arrested on child sexual assault charges.

Kizer was released from jail in June 2020 after groups such as the Chicago Community Bond Fund raised money to pay her $400,000 bond. She is still awaiting trial.

Prosecutors say the killing was premeditated. But what’s notable in this case is that Kizer’s lawyers are invoking a self-defense argument that has never been used in a homicide case in the state before.

Originally, Kenosha County Circuit Court Judge David Wilk said that Kizer could not use the affirmative defense argument in this case since it involved homicide. But Wilk’s decision was overturned by an appellate court, which ruled that, per a state statute, Kizer can argue “affirmative defense” if her attorneys can show that her actions against Volar were a direct result of the trafficking she experienced.

What protesters are saying

Their argument is that if Rittenhouse successfully argued his case claiming self-defense, then Kizer’s case should have the same outcome. 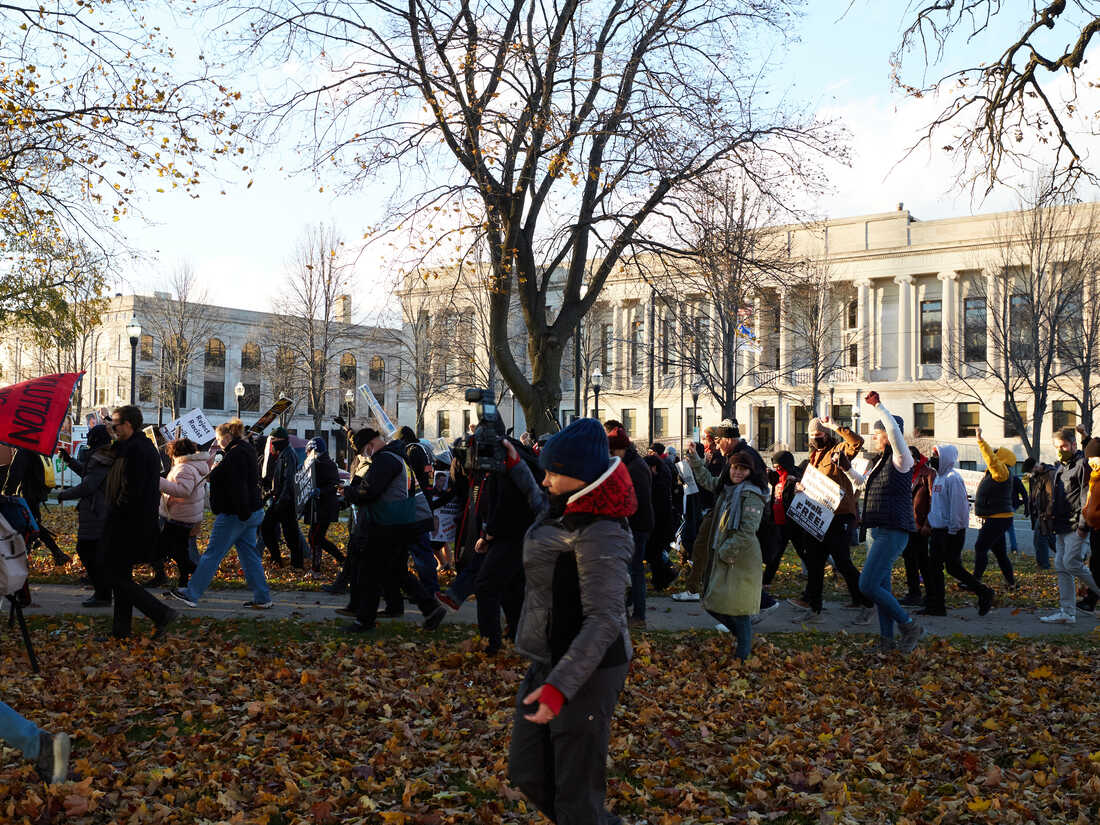 Protesters demonstrate against the Kyle Rittenhouse verdict at Civic Center Park in Kenosha, Wis., on Sunday.

Kizer’s case also brings up a test of how the law can oftentimes not apply equally to everyone, particularly Black girls and women like Kizer.

Sharlyn Grace, who is the former executive director of the Chicago Community Bond Fund, told Wisconsin Public Radio last year that Kizer’s case in particular is important to highlight

“We see these cases as incredibly important … to protect and uplift and support the individual women, who are overwhelmingly Black women,” Grace said.

“Because the reality is that Chrystul Kizer was not kept safe by police and prosecution and incarceration and, in fact, after she was forced to defend herself and she chose to survive, she was then further harmed by those systems.”

The legal argument and why it may or may not work

Julius Kim, an attorney and former criminal prosecutor in Wisconsin, says invoking affirmative defense essentially flips the burden of proof onto the prosecution.

While protesters are bringing up Kizer’s case in the context of the Rittenhouse trial, Kim points out a key difference: the videos played during the Rittenhouse trial showed the “imminency” of the danger,” he says, and that type of element is missing in Kizer’s case, since the state is arguing that Kizer traveled to Volar’s house with the intent to kill him.

Self-defense argument are common with any violent altercation, Kim says, but far less common when it comes to child sex trafficking cases, which often go unnoticed in the first place. Kizer is a “sympathetic defendant,” he says, and her case will ultimately test whether the affirmative defense argument can hold up in a case involving homicide.

Molly Seidel's Emotion After Surprise Olympic Marathon Bronze Is The Purest Thing - HuffPost
Hezbollah says it fired rockets after Israeli airstrikes - Fox News
Chet Hanks Doubles Down on Anti-Vaxx Message: “I Have the Right to Not Get That S***” - Hollywood Re...