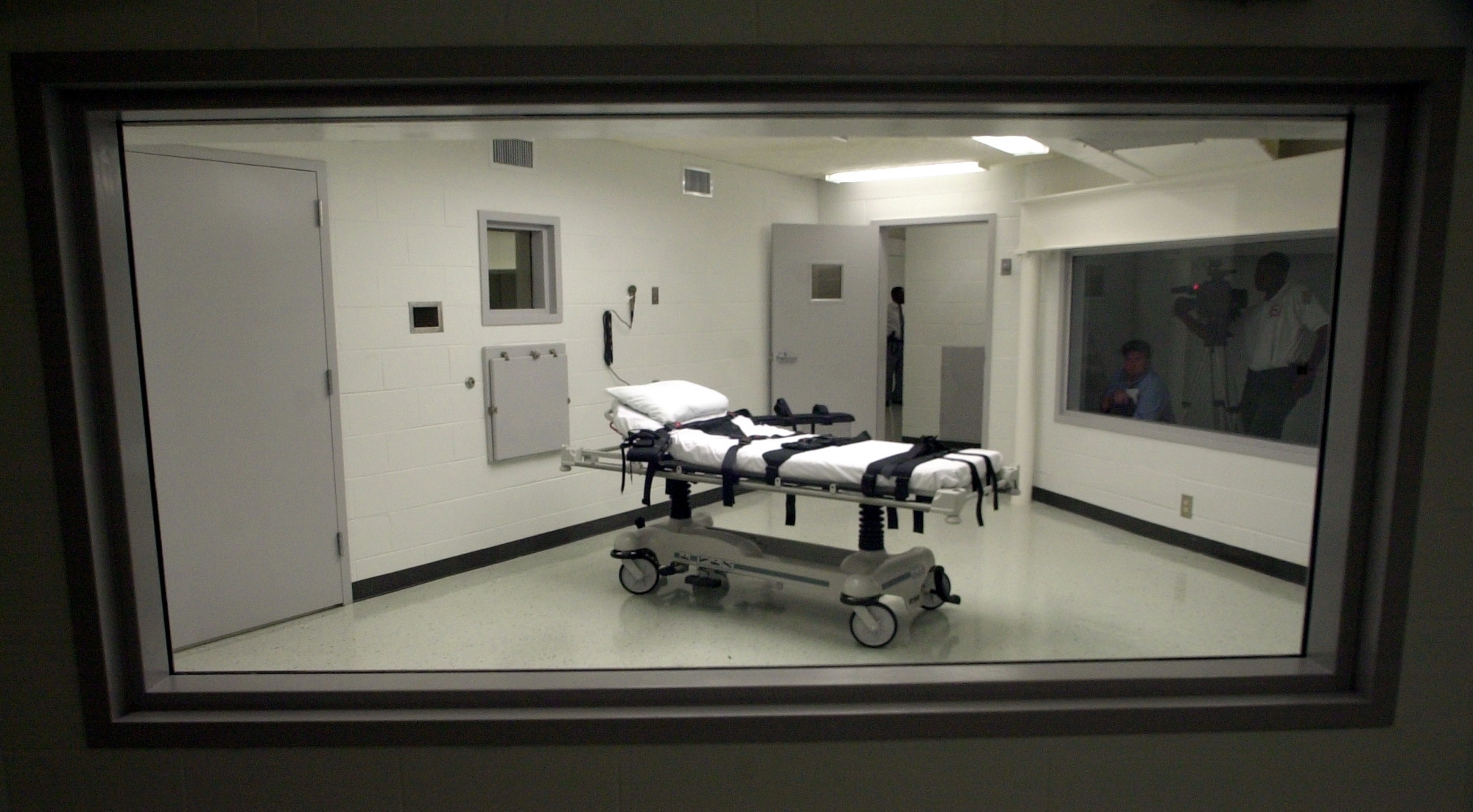 The move followed the uncompleted execution Thursday of Kenneth Eugene Smith, which was the state’s second such instance of being unable to put an inmate to death in the past two months and its third since 2018. The state completed an execution in July, but only after a three-hour delay caused at least partly by the same problem with starting an IV line.

Denying that prison officials or law enforcement are to blame for the problems, Ivey said “legal tactics and criminals hijacking the system are at play here.”

“For the sake of the victims and their families, we’ve got to get this right,” she said.

Corrections Commissioner John Hamm said the department is fully committed to the review and is “confident that we can get this done right.”

“Everything is on the table — from our legal strategy in dealing with last minute appeals, to how we train and prepare, to the order and timing of events on execution day, to the personnel and equipment involved,” Hamm said in a statement issued through the governor’s office.

Marshall, the state’s top prosecutor, didn’t immediately say whether he would agree to Ivey’s request. The attorney general “read the governor’s and commissioner’s comments with interest” and “will have more to say on this at a later date,” said spokesman Mike Lewis.

Alabama Arise, a nonprofit that advocates on behalf of the poor, said Marshall should agree to a moratorium and urged legislators to “do their part to reduce the unfairness of Alabama’s death penalty system.”

The Death Penalty Information Center, an anti-death-penalty group with a large database on executions, said no state other than Alabama has had to halt an execution in progress since 2017, when Ohio halted Alva Campbell’s lethal injection because workers couldn’t find a vein.

The executive director of the organization, Robert Dunham, said Ivey was right to seek an investigation and a pause, but any review of the system needs to be done by someone other than the state’s prison system. While Ivey blamed defense efforts for execution failures, Dunham said her “willful blindness” to the prison system’s woes were part of the problem.

“The Alabama Department of Corrections has a history of denying and bending the truth about its execution failures, and it cannot be trusted to meaningfully investigate its own incompetence and wrongdoing,” he said.

Earlier this year, after Tennessee Gov. Bill Lee halted a lethal injection in April because he learned the drugs hadn’t been tested as required, he ordered an independent investigation and paused all executions through the end of the year.

Alabama’s execution of Joe Nathan James Jr. took several hours to get underway in July because of problems establishing an IV line, leading anti-death-penalty group Reprieve US Forensic Justice Initiative to claim the execution was botched.

In September, the state called off the scheduled execution of Alan Eugene Miller because of difficulty accessing his veins. Miller said in a court filing that prison staff poked him with needles for more than an hour, and at one point left him hanging vertically on a gurney before announcing they were stopping. Prison officials have maintained the delays were the result of the state carefully following procedures.

Ivey asked the state to withdraw motions seeking execution dates for Miller and James Edward Barber, the only two death row inmates with such requests before the Alabama Supreme Court.

Alabama in 2018 called off the execution of Doyle Hamm because of problems getting the intravenous line connected. Hamm had damaged veins because of lymphoma, hepatitis and past drug use, his lawyer said. Hamm later died in prison of natural causes.

Alabama should have imposed an execution moratorium after Hamm’s failed execution for the benefit of everyone, said Bernard Harcourt, an attorney who represented Hamm for years.

“As a political matter, Gov. Ivey mentions only the victims, but these botched executions have been ordeals for the men on the gurney, their families, friends, ministers, and attorneys, and all the men and women working at the prison and involved in these botched attempts. The trauma of these executions extend widely to everyone that they touch,” Harcourt said.