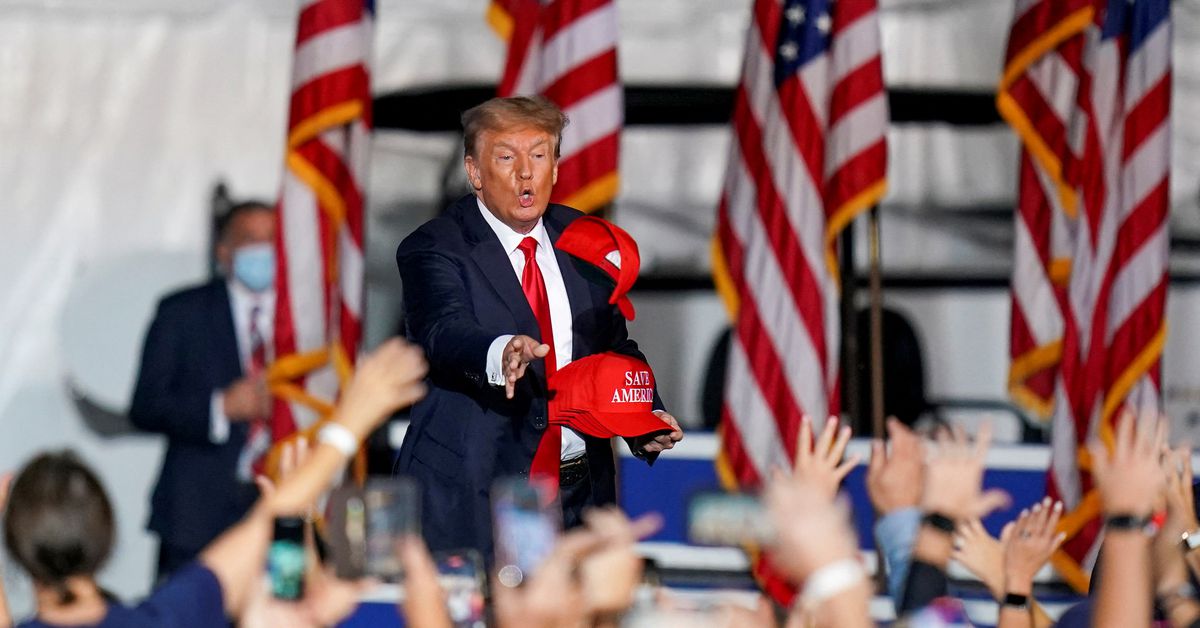 June 21 (Reuters) – Donald Trump’s sway with Republican voters faces a fresh test on Tuesday in Alabama, where congressman Mo Brooks will try to win the Republican U.S. Senate nomination even after the former president switched his endorsement to Brooks’ rival, Katie Britt.

Republicans are favored to win control of the House of Representatives — and need to flip only five Democratic seats to do so — and could also capture the Senate, as Democratic President Joe Biden’s approval ratings have soured amid surging inflation.

A Republican-controlled House could stymie much of Biden’s agenda while launching politically damaging investigations into his administration.

In Alabama, Britt and Brooks are seeking to succeed the retiring Republican Senator Richard Shelby. Britt is Shelby’s former chief of staff and led a group that represents businesses in the state, while Brooks has served 12 years in the House.

The two advanced to a runoff contest after finishing first and second, respectively, ahead of a third candidate in May.

Trump initially backed Brooks, a staunch ally who has echoed his false claims that the 2020 presidential election was fraudulent, and criticized Britt as “unqualified.” Brooks delivered a fiery speech to Trump supporters in Washington on Jan. 6, 2021, before some of them stormed the Capitol seeking to prevent the certification of Biden’s victory.

But Trump rescinded his endorsement three months ago, after Brooks at a rally with Trump urged Republicans to put 2020 behind them.

Trump, who is weighing another White House run in 2024, has endorsed some 200 candidates so far in 2022, with mixed results in competitive races in states including Georgia, Ohio and Pennsylvania. read more

Tuesday’s winner will be heavily favored in November against the Democratic nominee, minister Will Boyd.

In Virginia, Republicans’ statewide success in 2021, headlined by Governor Glenn Youngkin’s victory, has given them confidence they can flip two Democratic-held seats.

Luria, a former Navy officer, and Spanberger, a former CIA counter-terrorism officer, both won Republican-held seats in 2018, when Democrats captured a majority in the House. But they are seen as vulnerable in November given the national political environment favoring Republicans.

Luria is a member of the Jan. 6 House committee that has been holding a series of high-profile televised hearings aimed at examining Trump’s role in the Capitol riot.

There are half a dozen Republicans running for the chance to take on Spanberger, led by state Senator Bryce Reeves, an Army veteran. Other candidates include Derrick Anderson, an Army Special Forces veteran who has never run for office before but has shown strong fundraising, and Yesli Vega, an auxiliary deputy sheriff endorsed by U.S. Senator Ted Cruz.

Trump has not endorsed anyone in either race, though the candidates have sought to position themselves as his supporters.

Trump Gets the January 6 Trial He Long Dodged - The Atlantic
Why Gavin Newsom Is Taking the Progressive Fight to Trump’s Turf - Vanity Fair
Rep. Thompson discusses how Trump pressured Pence not to count electoral votes - MSNBC