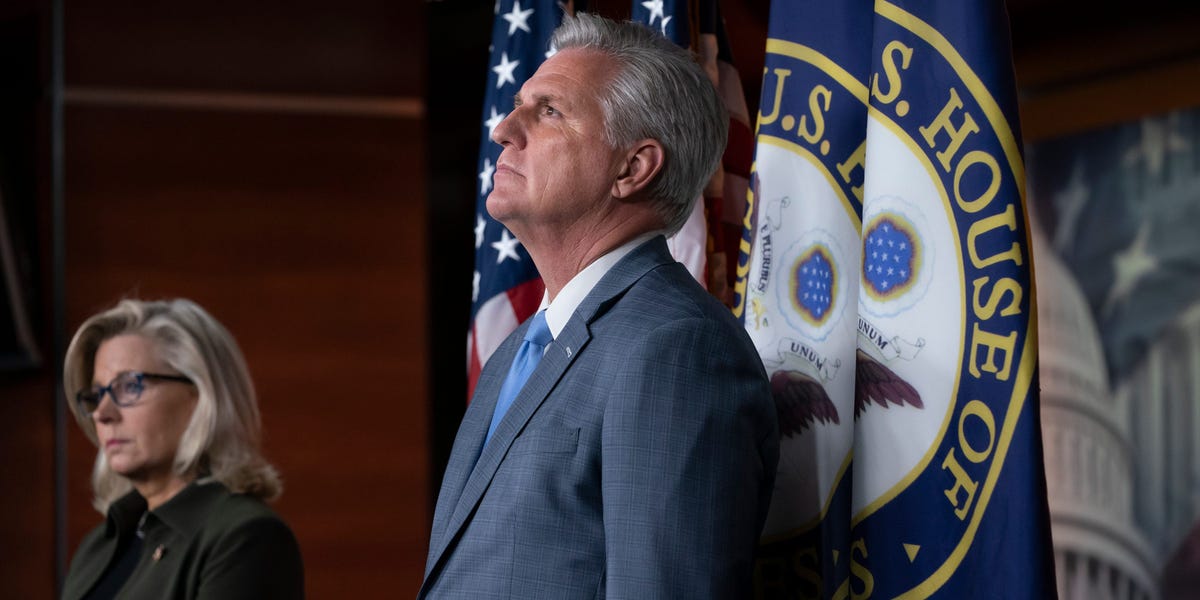 All House Republicans voted against a bill on Tuesday that allowed for a two-month debt limit hike to stave off a default on the US’s debt.

The party-line vote was 219-206 in the House. House Republicans slammed it as a step that would unlock a wave of Democratic spending in the near future.

The debt limit deals with the US’s ability to pay its bills and doesn’t authorize any fresh spending by Congress.

The bill now heads to President Joe Biden’s desk, and will delay a showdown with Senate Minority Leader Mitch McConnell — who has said that Democrats need to raise the debt ceiling on their own through reconciliation — until December.

“This is our debt. This is America’s debt,” Majority Leader Steny Hoyer said on the House floor. House Speaker Nancy Pelosi called out McConnell ahead of the vote, saying that he was playing, “Russian roulette with the economy.”

The US Treasury Department had warned that the US defaulting on its debt could have occurred within a week if Congress did not pass the stop-gap resolution, and sparked another recession as the economy climbed out of the pandemic.

The measure buys Congress staves off the risk of a default through early December. But a fresh political battle looms.

Senate Minority Leader Mitch McConnell is drawing a line in the sand against any Republican aid to lift the debt limit. Eleven Senate Republicans paved the way for the two-month extension to clear the upper chamber last week.

“I will not be a party to any future effort to mitigate the consequences of Democratic mismanagement,” McConnell wrote in a scathing letter to Biden on Friday. “Your lieutenants on Capitol Hill now have the time they claimed they lacked to address the debt ceiling.”

McConnell argued Democrats must employ the arduous reconciliation procedure to approve a debt-limit hike unilaterally, the same demand he’s made since July. The process allows some measures to be passed with only a simple majority, shielding it from the filibuster’s 60-vote threshold in the Senate.

'Tremendous explosion of kids': Pediatric hospitalizations increase just as children get ready to go...
Dixie fire in Northern California injures 4 firefighters as crews scramble to protect homes - Los An...
Boston plans to redirect some 911 calls to mental health workers, away from police - The Boston Glob...