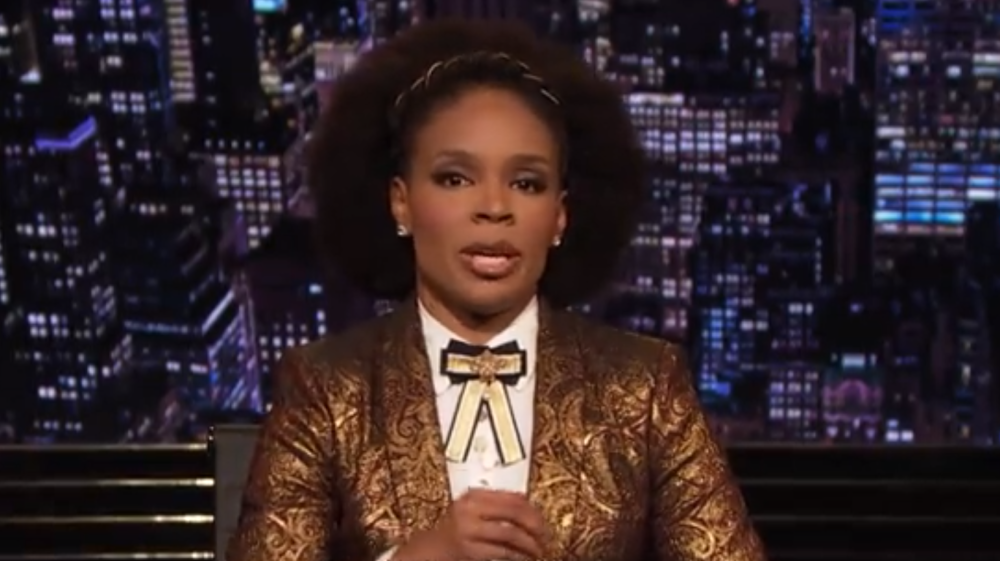 Amber Ruffin delivered an emotional statement about the Kyle Rittenhouse verdict at the start of Friday’s episode of “The Amber Ruffin Show.”

The host of the Peacock talk-variety show was on the verge of tears as she addressed the shocking acquittal of the Kentucky teenager who killed two men and shot another with a rifle at a Black Lives Matter protest in Illinois.

Ruffin’s voice quavered at times as she delivered the raw commentary, part of what she described her “responsibility to say things that people need to know that aren’t being said.” She noted that the verdict came in Friday afternoon, shortly before she began taping her New York-based show.

“There are very big obvious truths that no one wants to say on TV, but I will,” she said. “I can’t believe I have to say this but…”

Ruffin trailed off as she fought back tears. She paused for a few seconds before collecting herself enough to speak.

Ruffin choked up again and shifted her remarks to directly address her audience with: “You matter.”

“Every time one of these verdicts come out, it’s easy to feel like you don’t, but I’m here to tell you that you do. You matter. You matter so much that the second that you start to get a sense that you do, a man will grab a gun he shouldn’t have in the first place and travel all the way to another state just to quiet you. That’s the power you have. So don’t forget it.”

In case you needed to be reminded of this after today’s verdict. pic.twitter.com/CufF7l3vtw

Ruffin is a fast-rising star in comedy. She gained fame over the past few years as a writer-producer for NBC’s “Late Night With Seth Meyers.” Ruffin gradually became an on-camera regular on “Late Night,” offering a strong voice on politics, culture and social justice issues during the Trump years with such a segments as “Jokes Seth Can’t Tell.”

Last year, Ruffin landed her own weekly late-night perch on Peacock. “Amber Ruffin Show” was renewed for a second season in September, on the heels of nabbing an Emmy nomination for writing for a variety series for its freshman season.