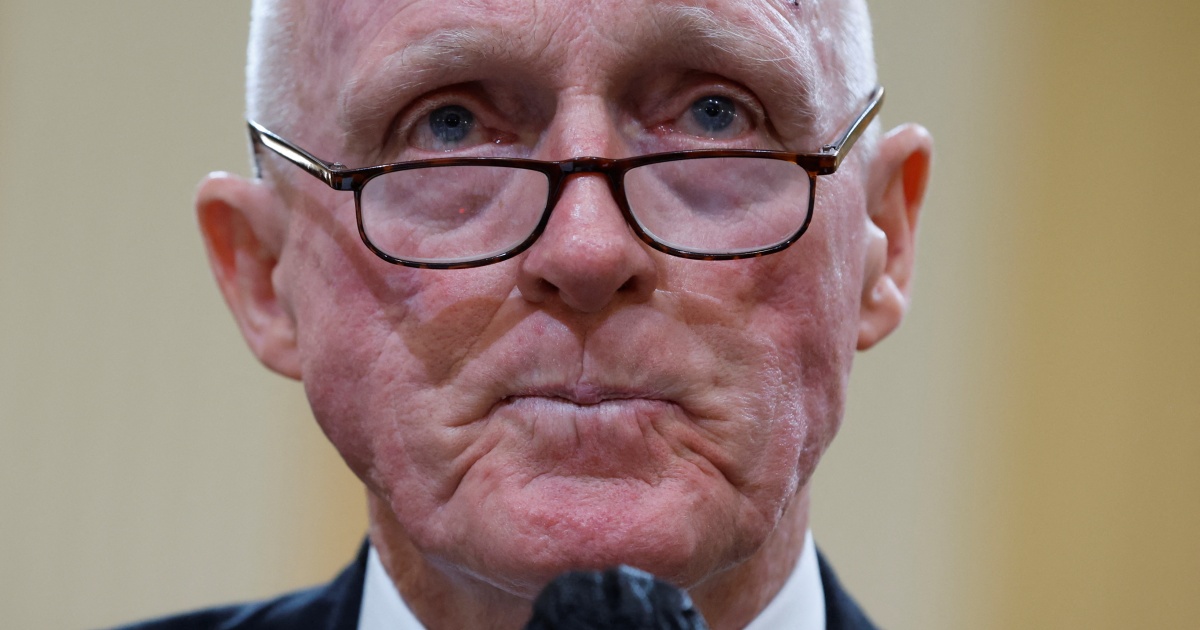 Rarely are the heroes real. Not to worry. America will imagine them. Instantly. For a lot of Americans, it’s reassuring, I suppose, to believe that it is still possible for heroes to be made in America.

But, these days, like everything else in America, few can agree on who is and is not a hero. One American’s hero is another American’s villain or, worse, traitor. These days, heroes can, as well, turn into scoundrels and vice versa just as quickly and easily.

Americans, particularly in the media, can be quite fickle about their heroes.

America’s mercurial relationship with true and manufactured heroes was on quixotic display earlier this week during a January 6 congressional committee hearing probing the thuggish modus vivendi of a Mafioso-type boss turned president who wanted to remain the boss despite having been told by millions of wise – not wise-guy – Americans on November 3, 2020, that he was no longer the boss.

Some of the witnesses – Republican politicians and electoral workers from Arizona and Georgia – said that Don Trump and his one-step-away-from-being-disbarred consigliere, Rudy Giuliani, leaned on them like heavies with mangled noses to break their oaths, if not the law, to ensure that Don Trump served another four-year sentence (sorry, term) in that other “big” house, the White House.

One of the Republicans that Don Trump and consigliere Giuliani put the screws into was Rusty Bowers, an Arizona Republican who, reportedly, is as staunch a conservative as that make-believe American hero on a leather saddle, John Wayne.

Bowers told the committee that Don Trump lied when he claimed that the speaker of the state’s legislature had said the 2020 presidential election was “rigged” and that he, Don Trump, had won Arizona.

Don Trump and his consigliere double-teamed Bowers during a phone call some time after the November election when the pair of grifters in tailored suits claimed that they had “proof” of voter fraud in Arizona.

Bowers asked for the “proof” – again and again.

There was no proof, proving, once more, that Don Trump and his consigliere have, all along, been auditioning for parts in Martin Scorsese’s next mafia-themed opus.

The Tommy DeVito wannabes (see Joe Pesci in Goodfellas) were probably confident that their not-so-subtle form of persuasion would convince an uncooperative “civilian” to go along with their offer to, you know, get along.

Don Trump and his consigliere even squeezed Bowers to convene a special statehouse committee to examine the phantom “proof” and to “take action,” including replacing Biden’s “electors” with a more receptive crew who would back Don Trump.

Bowers said, in effect: I ain’t agreeing to no “bum beef” (translation: a false accusation) and risk doing time in the nasty “big house,” so you can stay at the pretty White House. Nope. I’m not getting “in the car” (translation: in on the plan).

OK, Bowers didn’t use prison lingo. Instead, he said this: “It is a tenet of my faith; that the Constitution is divinely inspired. [It is] my most basic, foundational belief. And for me to do that because somebody just asked me to, is foreign to my very being. I will not do it.”

Anyway, Don Trump’s armed locusts swarmed Bowers’ office, phone and home after he told Don Trump and his consigliere that he was not going to play bent ball.

They threatened him. They blared through loudspeakers that he was corrupt and a paedophile. They upset his “gravely ill” daughter who died in 2021.

Bowers was not only praised for relying on his faith and fidelity to the US Constitution to rebuff Don Trump’s strong-arm tactics, but was also anointed an inspiring, steadfast defender of democracy and, of course, a hero by Democrats and an establishment media yearning for heroes.

“If (Trump) is the nominee, if he was up against Biden, I’d vote for him again,” Bowers said. “Simply because what he did the first time, before COVID, was so good for the country. In my view it was great.”

Bowers went from the rebar sturdy hero of America’s fast evaporating rule of law back to evangelical Trump lackey in one news cycle. The Guinness World Records should take note.

Now, two reluctant heroes did testify the same day as Bowers: Ordinary citizens thrust into extraordinary circumstances who did their jobs with the humility, honesty and integrity that Don Trump and his greasy and drooling hair-dye consigliere have never possessed and will never possess.

I suspect Wandrea “Shaye” Moss and her mom, “Lady” Ruby Freeman, would rather be doing what they spent much of their lives in Fulton County, Georgia doing – helping people, especially older Americans, to vote – than appearing before Congress to describe how Don Trump and his consigliere lied about them, smeared them and destroyed them.

Ms Moss took a long, reassuring breath before she began answering the committee’s questions. When she did, she reminded enlightened Americans what dignity looks and sounds like.

Ms Moss reminded enlightened Americans that, despite the grievous damage done to her fine name and charitable spirit by two career bullies, she and her mother will be remembered for their grace and insistence on doing the right thing in the service of the right of other Americans to cast a ballot.

I am not going to reiterate the vile lies that two dishonourable white men spewed about two honourable Black women because that would mean repeating the sickening calumny.

On repugnant cue, the attacks prompted Don Trump’s marauding pack of rabid locusts to descend, this time, on Ms Moss, her mom and grandmother.

The locusts promised to find Ms Moss and lynch her. That was no idle threat. The FBI urged Ms Freeman to leave home. Her life was in danger. The locusts invaded her grandmother’s home to make a “citizen’s arrest”.

“I felt horrible. I felt it was all my fault,” Ms Moss said. “For picking this job, for always wanting to help.”

It was not her fault.

It was the sinister work of Don Trump and his MAGA-flag-waving, incoherent with ignorance, hate and rage locusts.

The horror visited upon Ms Moss and her family by the former president of the United States and his shock troops requires us to denounce any effort, by anyone, in any forum to ask us to pause to understand or consider why Don Trump’s “disenchanted” locusts inflict such harm and malice on good people doing good.

Today, Ms Moss and Lady Ruby mostly stay home where it’s safe. When they do leave home for groceries or other chores, they don’t go together. They’re afraid of being overheard or recognised. And they no longer help other Americans to vote.

Still, in agreeing to testify, Wandrea “Shaye” Moss and “Lady” Ruby Freeman stood up to the thugs and the locusts in spite of the peril.

Their courage and resistance are the definition of heroism. They are an example to us all.

The views expressed in this article are the author’s own and do not necessarily reflect Al Jazeera’s editorial stance.