Supreme Court Justice Amy Coney Barrett insisted Sunday that the court isn’t as partisan an institution as many outside observers make it out to be, as Democrats continue to direct their ire at the tribunal after multiple favorable decisions for Republicans in recent weeks.

“My goal today is to convince you that this court is not comprised of a bunch of partisan hacks,” Barrett said, according to the Louisville Courier Journal.

“The media, along with hot takes on Twitter, report the results and decisions… That makes the decision seem results-oriented,” Barrett added, according to the Courier Journal. “And here’s the thing: Sometimes, I don’t like the results of my decisions. But it’s not my job to decide cases based on the outcome I want.”

“Judicial philosophies are not the same as political parties,” Barrett also said.

The justice made the remarks at the McConnell Center at the University of Louisville. Senate Minority Leader Mitch McConnell, R-Ky., for whom the center is named, was also in attendance at the event and introduced Barrett. 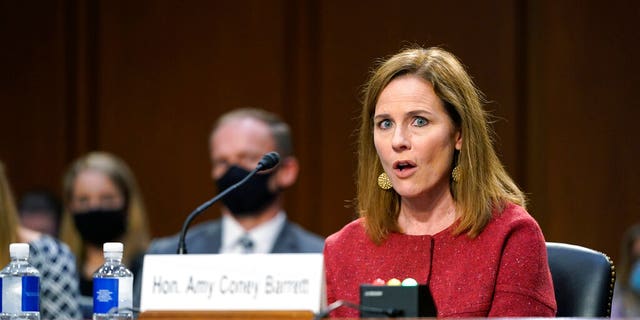 The youngest justice’s remarks come at a time when the court is under fire from Democrats who are railing against its recent decisions, especially a case about a Texas abortion law in which the Supreme Court allowed the law to go into effect while litigation is pending in lower courts.

“Republicans promised to overturn Roe v Wade, and they have,” Rep. Alexandria Ocasio-Cortez, D-N.Y., said, despite the fact the court’s ruling did no such thing and was merely procedural. “Democrats can either abolish the filibuster and expand the court, or do nothing as millions of peoples’ bodies, rights, and lives are sacrificed for far-right minority rule.”

“The Supreme Court has thrown the door wide open to Roe v. Wade being struck down,” Sen. Ed Markey, D-Mass., said. “Senate Democrats have the power to fix this problem right now by abolishing the filibuster and passing my legislation to expand the Supreme Court. We need to restore balance to the Court after Donald Trump and Senator Mitch McConnell blatantly stole the seats of Justice Scalia and Justice Ginsburg.”

Many Democrats made similar comments in the wake of another recent ruling striking down President Biden’s eviction ban.

Barrett addressed that type of criticism Sunday, saying she welcomes scrutiny on the merits of the court’s decisions and philosophy. But she defended the justices against criticism that they act on any sort of partisan bias.

“To say the court’s reasoning is flawed is different from saying the court is acting in a partisan manner,” Barrett said. “I think we need to evaluate what the court is doing on its own terms.”

Democrats also say their antipathy toward the court is rooted in actions from the GOP-controlled Senate to confirm justices whose judicial philosophies they agree with – including Barrett herself – and block those whose philosophies they disagree with.

The fundamental offense, Democrats say, is that Republicans blocked Obama nominee Merrick Garland for several months before the 2016 presidential election and confirmed Barrett in just weeks before the 2020 election. McConnell says the situation was different in 2020 because the Senate and presidency were controlled by the same party. Democrats say that’s a flimsy argument meant only to justify the GOP’s cold political calculations. 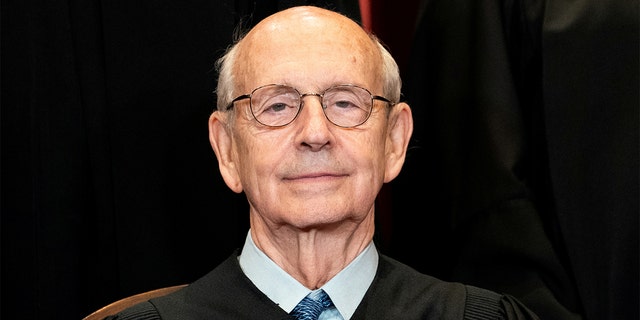 Associate Justice Stephen Breyer poses during a group photo of the ustices at the Supreme Court in Washington, April 23, 2021. Breyer has emphasized in recent months that packing the Supreme Court could decrease its perceived legitimacy.  (Erin Schaff/Pool via REUTERS/File Photo)

Barrett did allow Sunday that she and her fellow justices can make mistakes and said they must be “hyper vigilant to make sure they’re not letting personal biases creep into their decisions, since judges are people, too.”

Barrett is not the only justice to make public remarks in recent days. Justice Stephen Breyer has been on a media tour that included an appearance on “Fox News Sunday.” Breyer, appointed by former President Clinton, has also been a target of liberals recently.

Progressive Democrats want the justice to retire before the 2022 midterms so Democrats can replace him before Republicans have a chance to retake the Senate. They are also upset at Breyer for a series of comments he’s made warning against their court-packing schemes.

“Well, if one party could do it, I guess another party could do it,” Breyer said of court-packing on “Fox News Sunday.” “On the surface, it seems to me you start changing all these things around and people will lose trust in the court.”

Some NY Democrats pushing for Cuomo impeachment despite resignation - Fox News
Tens of thousands of coronavirus vaccines expired in Alabama as millions remain unvaccinated | TheHi...
Owner of surf school in Santa Barbara charged with stabbing his 2 young children to death in Rosarit...