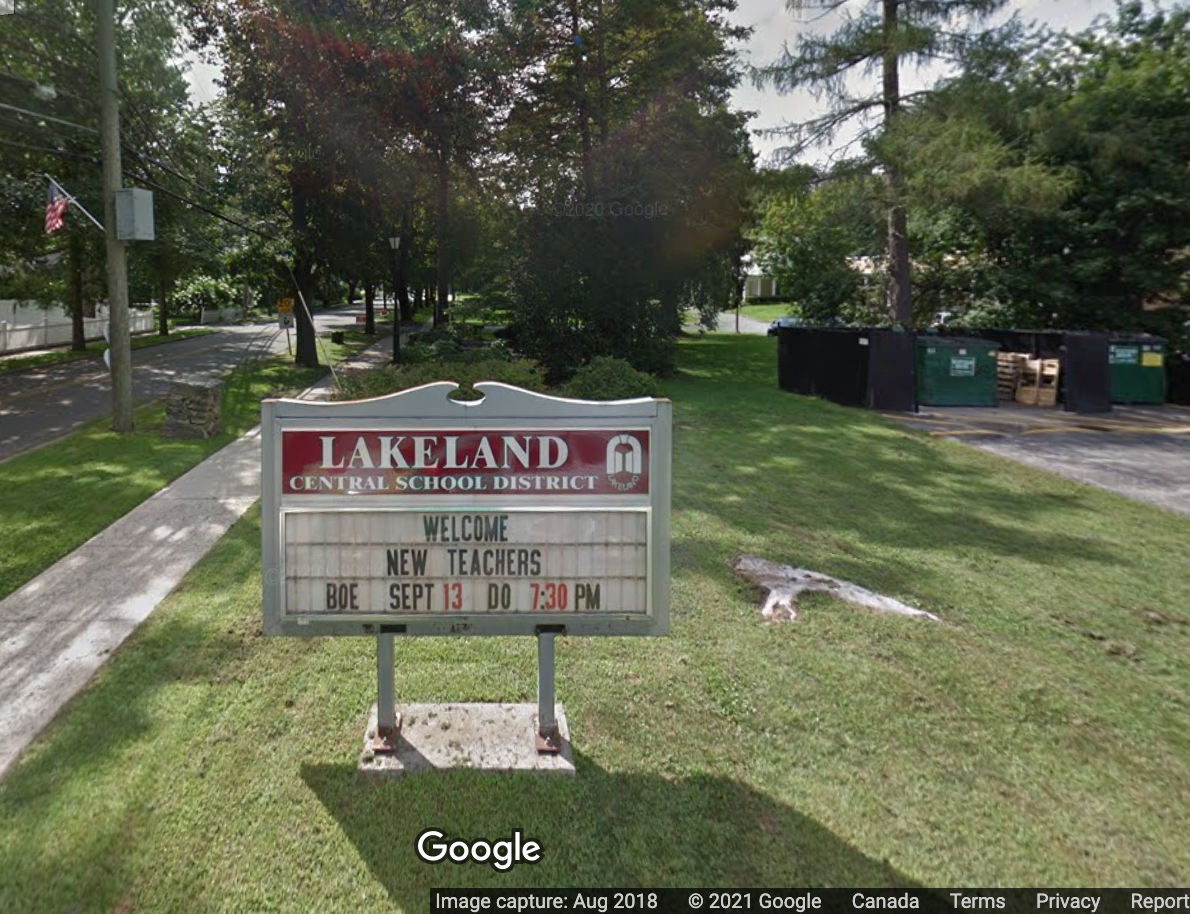 The departure of Brendan Lyons after just 14 months at the helm “affirms the efforts of the community members and parents who have been fighting for transparency to ensure that the children of Lakeland Central School District will not be indoctrinated,” said Angela Barone Sculti, founder and CEO of Save Our Schools for Westchester Children.

Some residents of the school district, which includes communities in northwest Westchester and southwest Putnam counties, had been protesting at school board meetings for months. “Teaching any form of CRT is divisive and abusive to our children!” said one petition circulating online. In July, community members argued and heckled each other during a chaotic board meeting on the topic, The Examiner News reported.

The fight against CRT is national in scope. Critical race theory is a decades-old legal and academic framework that looks at and critiques how race and racism shaped the U.S. laws and institutions that remain in place today and help perpetuate racism and a kind of caste system that continues to the disadvantage of people of color. The phrase has become a catchall for various claims about racism and race relations in the United States and shorthand for opponents of diversity initiatives.

In New York State, the fight is also a response to the state’s Board of Regents, which has urged all districts to develop policies that promote diversity, equity and inclusion.

The Regents in April launched a DEI initiative and offered a Culturally Responsive and Sustaining Framework that they said “embeds the ideals of diversity, equity and inclusion by creating student-centered learning environments that affirm cultural identities; fosters positive academic outcomes; develops students’ abilities to connect across lines of difference; elevates historically marginalized voices; empowers students as agents of social change; and contributes to individual student engagement, learning, growth and achievement through the cultivation of critical thinking.”

Critics of critical race theory say it divides students based on their race and demonizes white people.

Here’s the full statement from SOS:

Save Our Schools (SOS) for Westchester Children Founder/CEO Angela Barone Sculti congratulated the parents and community of the Lakeland Central School District, upon today’s Board of Education vote of 7 to 2 to accept the immediate resignation of superintendent Dr. Brendan Lyons.

Said Ms. Barone Sculti: “Today’s vote and announcement on the resignation of the superintendent affirms the efforts of the community members and parents who have been fighting for transparency to ensure that the children of Lakeland Central School District will not be indoctrinated. I congratulate the 1,100 district residents who signed a petition against the teaching of Critical Race Theory in all of its various forms in Lakeland. Regrettably, the Superintendent failed to listen to the communities’ concerns and even denied what 1,100 community members understand – that implementing a radical teaching/learning paradigm — Critical Race Theory and its multiple forms, including, among others, Diversity, Equity, and Inclusion; and Culturally Responsive-Sustaining Education will fundamentally change how our children think, learn, and make life-changing decisions. I would also like to thank Judy McLaughlin for her courageous leadership and the Lakeland Chapter of SOS for leading the charge over the past several months to bring to light the promoton of Critical Race Theory in Lakeland Schools. Credit must also be given to the seven members of the Lakeland Central School District who did listen to parents’ concerns and voted for change. While SOS does not celebrate anyone losing their job, today’s announcement must be a wake-up call for school administrators across Westchester, namely, that parents will not stand by as their children are taught to hate America and hate one another, by viewing their fellow students as oppressors or oppressed. We will remain vocal in Lakeland and other communities which permit the teaching of Critical Race Theory in all of its various forms.”

Said Judy McLaughlin, Chairwoman of the Lakeland Chapter of SOS: “I want to truly thank the diverse men and women of the Lakeland Central School District community, who united to stand up against Critical Race Theory. Together, we were able to bring truth and transparency to the Lakeland Board of Education. Along every step was the tireless effort of Save Our Schools for Westchester Children founder, Angela Sculti, and the SOS Board. Together, we will be supporting the Lakeland Central School District going forward. We ask all school district communities to join the SOS team because we still have a great deal of work to do.”

ABOUT SAVE OUR SCHOOLS WESTCHESTER Save Our Schools for Westchester Children is committed to empowering parents, teachers, administrators, and the community to foster K-12 academic excellence for all of our children.

SOS believes that the K-12 curricula should be rigorously grounded in the core subjects as well as in the founding principles embodied in the Declaration of Independence and the Constitution of the United States: liberty, justice, and equality for all. We contend that our children should be taught how and why the U.S. is the largest, most free and successful multiracial society in human history; we also affirm that students should learn, and to a great extent already have been learning, the truth about racial injustice in our nation. Our intention is to exclude from the curricula any content based on the destructive, race-based Marxist premise that the U.S. and all white people are inherently racist, and that students should be re-educated to view themselves as either oppressed or oppressor. We, therefore, oppose the current obsessive push by school administrators, without transparency and the support of the community at large, to impose curricula based on the following radical theories: Critical Race Theory (CRT), Diversity, Equity, and Inclusivity (DEI), and Culturally Responsive-Sustaining Education Framework (CR-S), in all of their various forms.