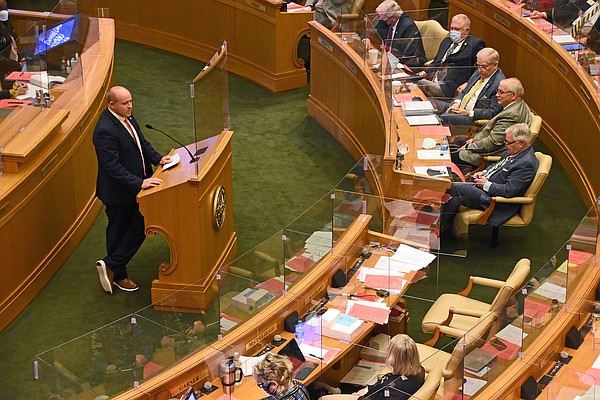 Here are the basics on how the processes work for each.

The legislative districts are decided by the Board of Apportionment, which consists of the governor, secretary of state and attorney general.

According to the board’s website, there are several criteria that guide the creation of districts, aside from equal representation. They include:

Geographic continuity, so a district is not broken into pieces

Geographic compactness, because highly irregularly shaped districts are often not approved by courts as they point to ulterior motives in districting

Minimizing the split of political subdivisions, such as dividing a city or county

Maintaining communities that share an interest, such as keeping an entire military base in one district

The Board of Apportionment is currently at work drawing up proposed district boundaries.

Betty Dickey, coordinator of the Board of Apportionment said she hopes proposed district maps can be drawn by October. Dickey said the board would like to hold meetings for public input on the maps before voting on them but can’t guarantee that will happen.

The board has already held meetings in the past few months around the state to receive public input ahead of drawing the districts.

Drawing boundaries for the state’s federal congressional districts is the responsibility of the General Assembly.

Like the redrawing of legislative boundaries, making sure each Congressional district contains about the same number of people is the foremost goal of redistricting.

The number of districts in the state will remain at four based on the population count from 2020, but the distribution of the population has changed since 2010, shifting away from rural areas toward more urban areas and Northwest Arkansas.

Members of the General Assembly will work with the Bureau of Legislative Research to create proposals for where district lines should go and submit them to the assembly for consideration.

The Senate and House State Agencies and Governmental Affairs Committees are scheduled to meet jointly at 1 p.m. on Sept. 20, 23 and 27 to consider the proposals and hear public input.

According to the same schedule, released by Senate President Pro Tempore Jimmy Hickey, R-Texarkana, and Speaker of the House Matthew Shepherd, R-El Dorado, the General Assembly is expected to fully reconvene Sept. 29.

Hickey said he hopes the General Assembly will reconvene only for three days to vote on redistricting before adjourning the 2021 session.