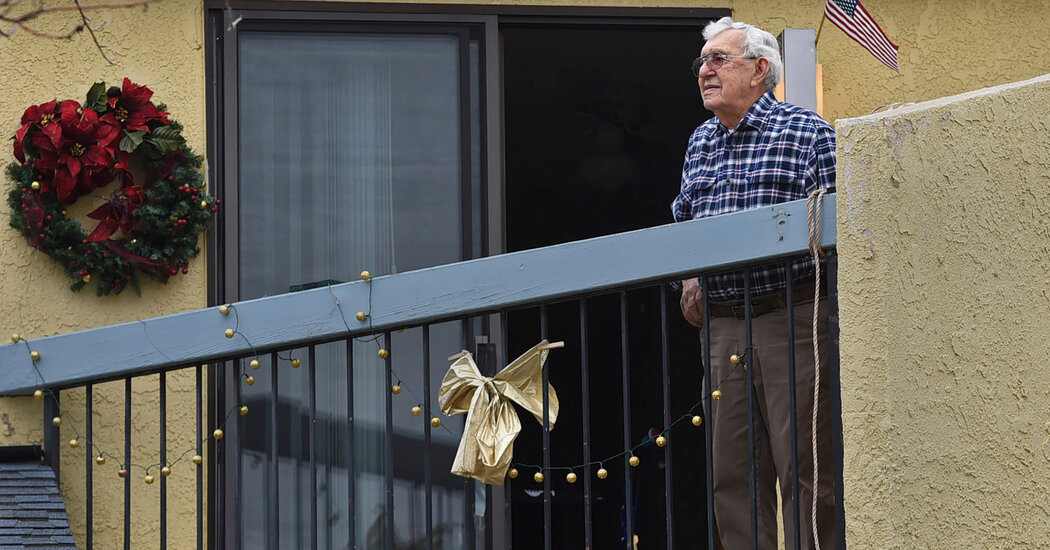 Dr. Catic faced a version of that situation herself at home in Houston, where she lives with her parents and her husband’s parents — all in their mid-70s —  after the couple’s 9-year-old daughter tested positive on Sunday. “She was symptomatic and she was with them. We tested immediately,” Dr. Catic said. “If we did not live with them, would we be canceling plans? Absolutely.”

For the former mayor of Prairie View, Texas, a small town outside Houston, planning for Christmas has been focused on minimizing risk because of the Omicron variant.

The former mayor, Frank Jackson, 70, said he still planned to deliver bags of gifts to dozens of families on Christmas Eve, albeit with some changes: Santa would be seated on top of a fire truck, said Mr. Jackson, who is also the fire marshal, and he would have helpers on the ground to walk gifts to porches, in order to keep a safe distance.

As for his usual Christmas party, that is off. “Only immediate family that are fully boosted are invited for lunch on Christmas Day,” Mr. Jackson said.

Wesley Boots, 77, a retired schoolteacher, said he still planned to see his son’s family for the holidays since they live just next door in New Stanton, Pa. And the Omicron surge would not force him to put off plans to fly to a second home in New Mexico in January, though he did say he would be making some changes out of caution.

“In the past, I’ve often taken very circuitous routes to save a few bucks,” he said. “But this time, I’m ticketed for a flight that has only one change.”

By contrast, Carmen Scott, 67, said that she and her husband would usually go to Florida to see one relative, or to Houston to see others, but that this year they would be doing “absolutely nothing.” Instead she planned to cook for people in her town of Oshkosh, Wis., who did not have anyone to do it for them on Christmas. “Food is love,” she said.