MCALLEN, Texas – With the Title 42 public health order allowing the U.S. government to turn away migrants at the border set to end later this month, former ICE officials are questioning whether the nation can handle a new surge.

According to Customs and Border Protection, agents encountered over 1 million people crossing the U.S. border illegally in 2022. The Department of Homeland Security warned migrant crossings will only increase by the end of the month.

Title 42, launched by the Trump administration near the start of the COVID-19 pandemic, has continued under the Biden administration. The order has allowed the U.S. government to turn away migrants at the U.S.-Mexico border for the last two years, including those seeking asylum.

Ending Title 42 “will definitely overwhelm an already overtaxed system within the country. I know the government is expecting huge numbers because ICE agents who are here locally across the country are being sent to the southern border to help with the processing,” John Giron, a former ICE senior attorney, told Fox News.

Giron warned ICE may struggle to manage the spike in migrants expected, as the agency reported recent processing delays and long lines outside facilities across Florida.

“The ICE office here in Orlando, along with many other ICE offices across the state of Florida and some across the country, are facing really huge lines outside every day for people coming to check in,” Giron said.

The Centers for Disease Control and Prevention (CDC) recently announced that it planned to end Title 42 on May 23 because COVID-19 cases have dropped in recent months. In recent hearings, the Department of Homeland Security predicted border crossings will increase once Title 42 ends, but will eventually decrease. 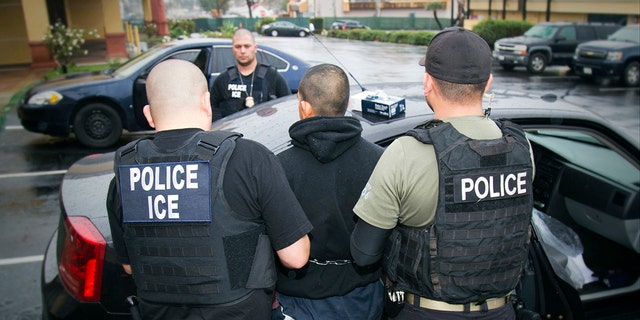 Many ICE agents have been sent from other locations across the US to help at the southern border, Fox News is told. (AP, File)

“We inherited a broken and dismantled system that is already under strain. It is not built to manage the current levels and types of migratory flows. Only Congress can fix this. Yet, we have effectively managed an unprecedented number of non-citizens seeking to enter the United States and intercepted more drugs and disrupted more smuggling operations than ever before,” DHS Secretary Alejandro Mayorkas said in a recent hearing. “A significant increase in migrant encounters will strain our system even further, and we will address this challenge successfully.” 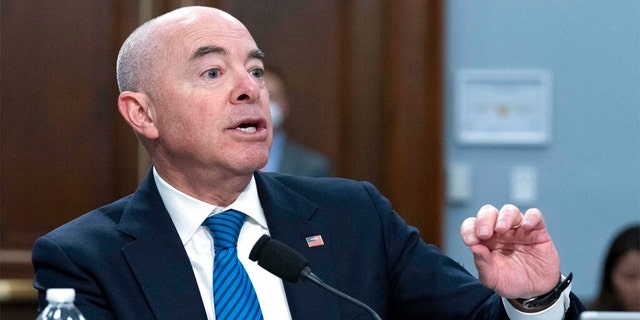 Giron, now an immigration attorney in Orlando, told Fox News most lines outside of ICE facilities are made up of illegal immigrants who recently crossed the U.S. border: “There is a direct correlation to the border and the numbers who are coming across the border the people who are coming into the United States right now. It’s not just the delays from COVID. It’s not just that the office has been closed for two years. It is a large influx of people who are coming from the southern border seeking refuge in the U.S.”

Immigrant men from many countries being taken into custody by U.S. Border Patrol agents at the U.S.-Mexico border in December 2021. (John Moore/Getty Images, File)

Giron said most have been seeking asylum.

“It’s really heartbreaking for both sides, because our Border Patrol men and women, the overwhelming majority of them are fantastic people who are doing great work trying to protect our country from drugs from guns being smuggled in from terrorists coming into the country. Then they also have to deal with the people who are bringing their kids and coming to the United States because, you know, their entire family was killed in Guatemala, you know, or El Salvador. So it’s a very difficult job on both sides of the border,” Giron said.

The Department of Homeland Security projects up to 18,000 migrants could cross the border each day after Title 42 ends, but the Biden administration told lawmakers DHS is ready.

“We expect migration levels to increase as smugglers seek to take advantage of and profit from vulnerable migrants. We will continue to enforce our immigration laws after title 42 is lifted,” Mayorkas said.

In recent days, ICE officials said lines have decreased at some check-in centers, but processing delays are proving to be a long-term problem.