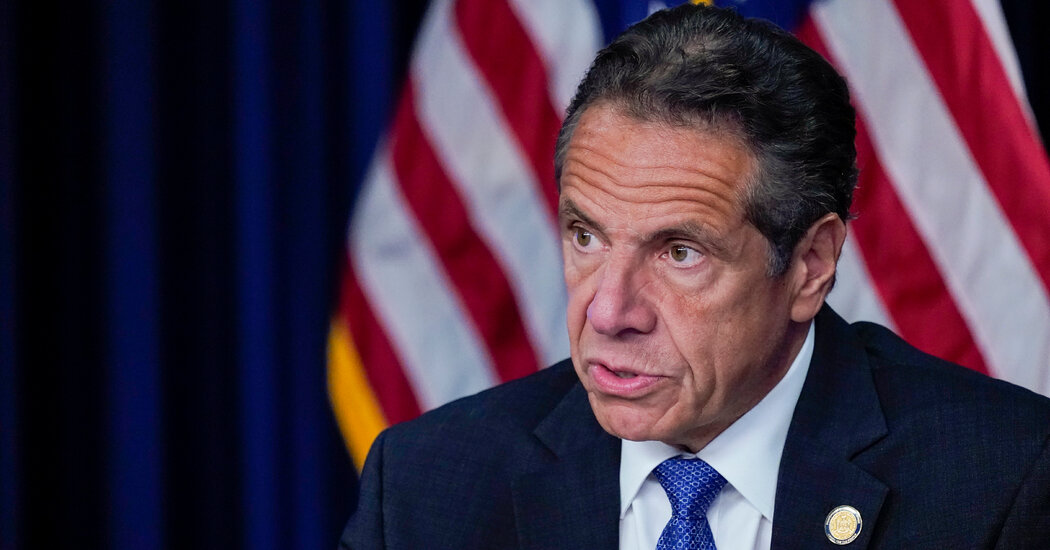 That same day, a Monday, the governor had a meeting with the publisher Penguin Random House about a potential book, reaching a multimillion-dollar deal by Friday, July 10.

Also on July 10, Mr. Cuomo requested authorization to write the book from the state Joint Commission on Public Ethics, asserting that “no state property, personnel, or other resources” would be used in its creation. Commission staff approved the request one week later.

But the report found that Mr. Cuomo “utilized the time of multiple state employees, as well as his own, to further his personal gain during a global pandemic.” Last week the board revoked its authorization of the deal, potentially forcing Mr. Cuomo to relinquish the money he earned from the project.

The Assembly investigation unfolded slowly and quietly for much of the past year, with some speculating that Carl E. Heastie, the speaker, was slow-walking the inquiry to protect Mr. Cuomo, a fellow Democrat, as he struggled to hold on to power.

The purpose of the inquiry was thrown into question in Aug. 3, when Ms. James released the findings of her own investigation, which concluded Mr. Cuomo had sexually harassed current and former female staffers, leading Mr. Cuomo to resign.

With Mr. Cuomo on his way out, Mr. Heastie announced on Aug. 13 that the Assembly would suspend its investigation because lawmakers did not have the constitutional authority to impeach an official who was out of office. Even so, Mr. Heastie said the investigation had uncovered “credible evidence” that would have led to articles of impeachment had Mr. Cuomo not resigned.

Mr. Heastie faced immediate bipartisan backlash from lawmakers who argued that the Assembly should, at a minimum, finish the taxpayer-funded investigation and make public its findings. Some lawmakers even argued they should impeach Mr. Cuomo to prevent him from running again, though impeaching a former governor has no precedent in New York and such a move would likely give rise to open-ended constitutional questions.

Under pressure, Mr. Heastie and Charles Lavine, the chairman of the Judiciary Committee, reversed course on Aug. 16, announcing that the committee would continue its investigation and issue a final report. The report released Monday touches on the possibility of impeaching Mr. Cuomo now that he is out of office, concluding that it would likely not be legal.