Vandals targeted at least five pro-life, crisis pregnancy centers (CPCs) in the country within a week after a leaked draft opinion signaled the Supreme Court is poised to strike down Roe v. Wade.

The draft opinion, which was published May 2 by Politico, has sparked a wave of pro-choice protests at the Supreme Court, the justices’ private residences, Catholic churches, and pro-life organizations across the country. 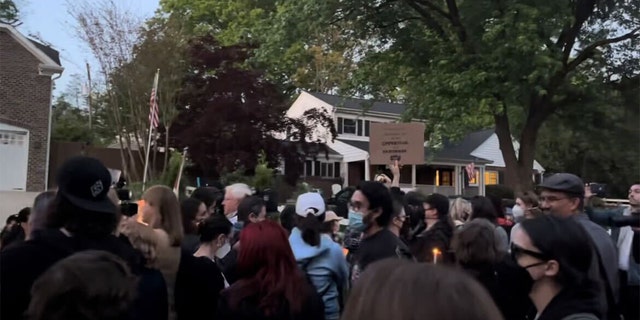 Most recently, vandals targeted a faith-based CPC in northern Virginia, tagging the building with “fake clinic,” “liars,” and “abortion is a right.”

The Manassas City Police Department said it is investigating the incident, which occurred overnight Sunday or Monday morning at First Care Women’s Health in Manassas.

“I had a really hard time even accepting it because we had literally just had a conversation about security and anything can happen,” Becky Sheetz, CEO of Life First, which oversees First Care Women’s Health, told a local CBS affiliate.

On Saturday, vandals tagged the Loreto House, a Catholic CPC in Denton, Texas. Police are still searching for the woman caught on video spray-painting “not a clinic” and “forced birth is murder” on the building.

“It was not a surprise in some ways because I had contacted Denton PD a week before asking for additional patrols because we knew that this was coming,” Loreto House Executive Director Randy Bollig told FOX 4.

Last Thursday, the Southeast Portland Pregnancy Resource Center in Portland, Oregon, was targeted by vandals. Police are still searching for the suspects.

“Our initial investigation indicates a group of suspects showed up at a pregnancy/medical office in the 5100 block of SE Powell Blvd Thursday morning at about 12:48a.m,” the Portland Police Bureau told Fox News Digital. “They scrawled some graffiti on the wall and broke out numerous windows. If anyone has information about the suspects, they’re asked to contact us at crimetips@portlandoregon.gov and reference case number 22-118884.”

“Because of the nature of the crime, it is a federal offense, and we are working with the local police and FBI in whatever way we can,” the organization said on its website. “The leak from the Supreme Court this week has clearly turned up the temperature. We knew this would be the case, and that Portland could be a particularly volatile place to be during this significant moment in our culture.”

Last Tuesday evening, a day after the leaked opinion draft made headlines, pro-choice activists protested in front of the Trotter House in Austin, Texas, and apparently tore down the organization’s banner.

Videos and photos posted on Twitter showed protesters chanting, “my body, my choice,” and a large white banner hanging on the front of building that said “Trotter House.”

A Twitter account by the name “Stop The Sweeps ATX” later posted photos apparently showing the same banner crumpled in the middle of the street and signs posted on the front of the building that read, “I am not property,” among other pro-choice messages.

“There was a vandalism incident the other night,” Frederick Police Chief Jason Lando told Fox News Digital. “It has been investigated but currently there are no leads. At this time, this appears to be an isolated incident, although our patrol officers are on alert for similar incidents, given then recent Supreme Court decision leak.”

Photos posted on Twitter showed graffiti on the Care Net building that read, “not real clinic,” “end forced motherhood” and “go to PP instead,” referring to Planned Parenthood.

“We didn’t shut down,” Linda King, Executive Director of Care Net, told Timcast. “We continued our services. But it was pretty, you know, it’s unnerving to see that kind of vandalism, those kinds of statements. And we are a clinic, a real clinic. So to have the lie posted on our door was, you know, it’s disturbing.”

The White House has repeatedly defended people’s right to protest but has condemned any violence and vandalism associated with the demonstrations. On Monday, a White House spokesperson told Fox News Digital that “protests must be peaceful and free of violence, vandalism, or attempts to intimidate, all of which [President Biden] condemns in any case.”