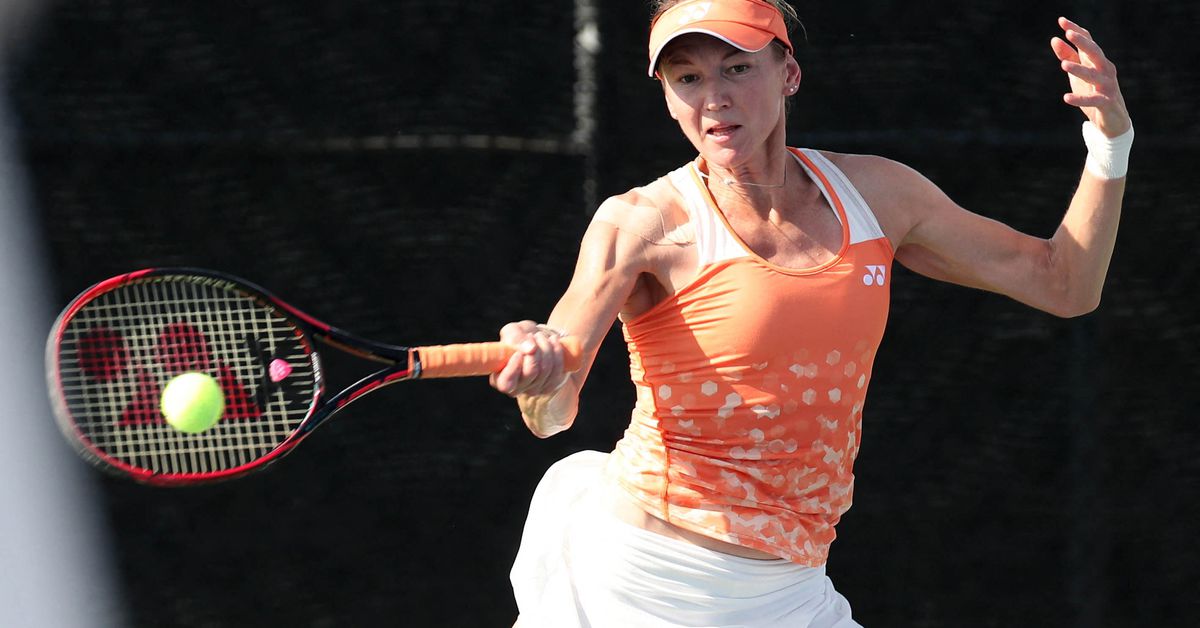 MELBOURNE, Jan 7 (Reuters) – A second Australian Open participant has been placed into detention in a sweep by authorities on those who entered the country under the same vaccination exemption as Novak Djokovic, Czech authorities and ABC reported on Friday.

Czech Republic doubles specialist Renata Voracova had played in Melbourne earlier this week but has been asked to leave Australia after being detained by Border Force officials. It was unclear if she intended to challenge the decision, ABC reported, citing a source familiar with the matter.

“We can confirm that Czech tennis player Renata Voracova is in the same detention as Djokovic, together with several other players,” the Czech Foreign Ministry said in a statement.

“We submitted through our embassy in Canberra a protest note and are asking for an explanation of the situation. However, Renata Voracova decided to drop out of the tournament due to limited possibilities for training and to leave Australia.”

The 38-year-old made her grand slam debut in doubles in 2002 in New York but has won only one match in 12 appearances at the highest level and is currently ranked 81.

She is currently being held at the Park Hotel in Carlton, the same hotel where Djokovic is being detained.

In another development, the Herald Sun published an information sheet sent from Tennis Australia to players on Dec. 7 that shows it passed on advice regarding grounds for medical exemptions that differs from the recommendations it received from federal authorities.

The document advises a COVID-19 infection in the last six months could be considered grounds that would enable an unvaccinated player to enter the country, provided it was accompanied by documents certifying the infection.

It contradicts advice the Federal Government sent to TA in November stressing that a prior infection in the past six months did not meet the requirements for quarantine-free entry.

The Victorian Government said on Friday that TA did not advise them of this development.

TA has not commented publicly since Australian Open tournament director Craig Tiley defended the exemption granted to Djokovic on Wednesday as the Serbian was on his way to Australia.

Reporting by Simon Jennings in Bengaluru; Editing by Alex Richardson and Alison Williams