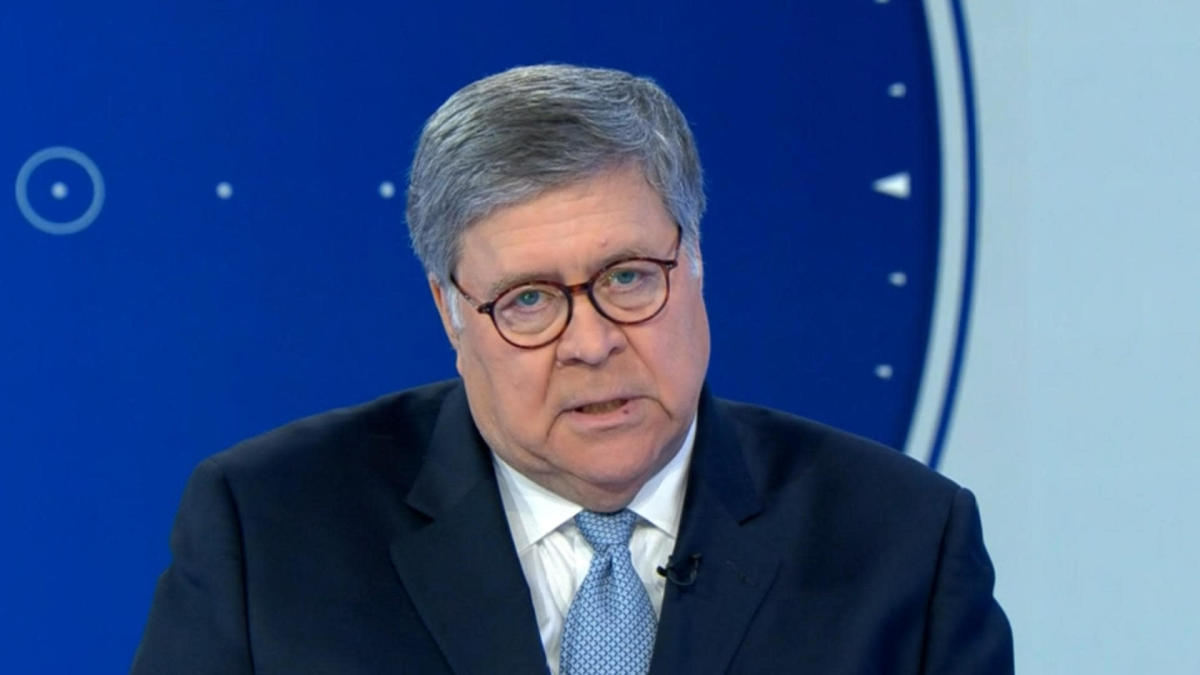 “This suggests to me that they’re taking a hard look at the group at the top, including the president and the people immediately around him who were involved in this,” Barr told CBS News’ Catherine Herridge in an interview Friday.

The grand jury has been meeting weekly; in late July, Marc Short, former Vice President Mike Pence’s chief of staff, testified, and according to The Washington Post, Greg Jacob, Pence’s chief counsel, was also interviewed by the grand jury.

The Justice Department’s criminal investigation into Jan. 6 now includes questions for witnesses about the communications of people close to Trump and his reelection campaign, though it is not evident from CBS News’ reporting that Trump himself is a target of the investigation — only that that prosecutors have been asking questions related to him and his aides.

Barr also surmises that it looks like prosecutors are “going to try to get a ruling on the issue of executive privilege,” given reports by ABC News and other news outlets that former White House counsel Pat Cipollone has been subpoenaed to appear before the grand jury. The former attorney general noted that Cipollone, as then-counsel to the Office of the President, “has the strongest claim to executive privilege.”

“That’s sort of the biggest mountain for them to climb, and the fact that they lead off with that to me suggests that they want a definitive resolution — not only on Cipollone — but you know, this would affect [former White House chief of staff Mark] Meadows and some of the other people, too,” he said.

Barr also spoke with Herridge about why he doesn’t think Trump should be the 2024 GOP presidential nominee and why a possible prisoner swap with Russia is ill-advised.

This story expires at 7:07pm on Saturday November 5th, 2022 and will be deleted.