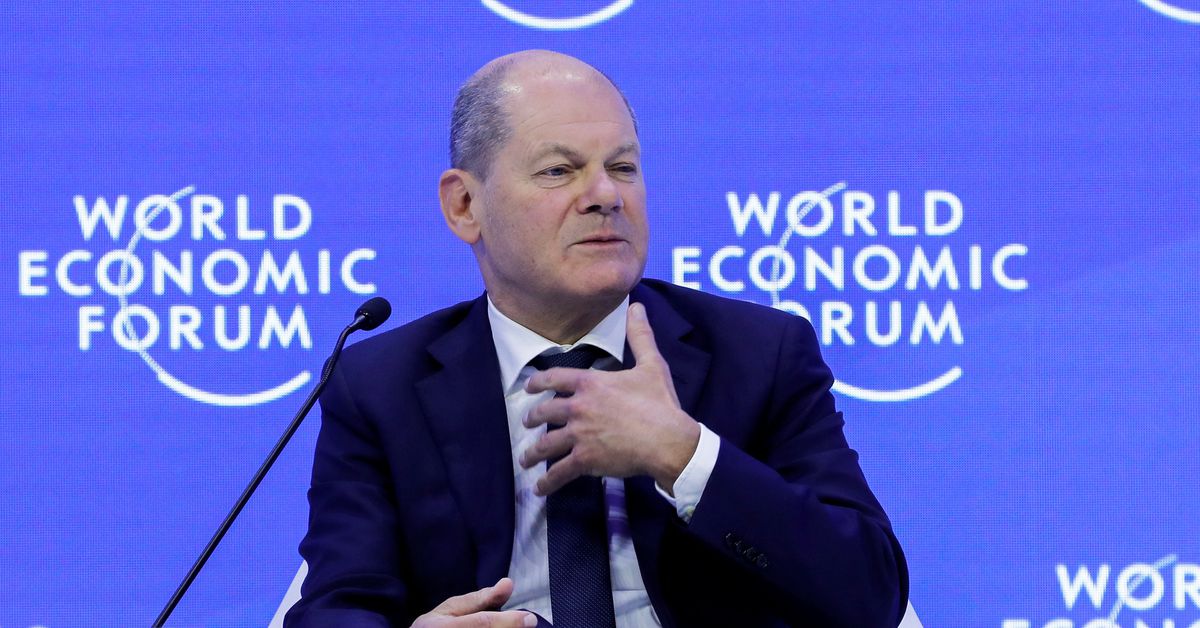 BERLIN, Jan 18 (Reuters) – Germany will allow German-made tanks to be sent to Ukraine to help its defense against Russia if the United States agrees to send its own tanks, a German government source told Reuters.

Western allies will meet at a U.S. air base in Germany on Friday to offer more weapons for Ukraine.

Attention is focused in particular on Germany, which has veto power over any decision to send its Leopard tanks, fielded by NATO-allied armies across Europe and widely seen as the most suitable for Ukraine.

Polish President Andrzej Duda told attendees at an economic forum in Davos, Switzerland, on Wednesday that he was afraid Russia was preparing a new offensive in Ukraine within months and it was therefore crucial to provide additional support to the Kyiv government with modern tanks and missiles.

Poland and Finland have already said they will send Leopard tanks if Germany approves them.

Berlin says a decision will be the first item on the agenda of Boris Pistorius, Germany’s new defence minister.

The United States has committed roughly $24 billion to help Ukraine defend itself against Russian forces.

U.S. officials, speaking on the condition of anonymity, said President Joe Biden’s administration is next expected to approve Stryker armored vehicles for Ukraine but is not poised to send its own tanks, including the M1 Abrams.

This week, Britain raised the pressure on Berlin by becoming the first Western country to send Western tanks, pledging a squadron of its Challengers, but the Leopards are seen as the best choice to supply Ukraine with a large-scale tank force.

Reporting by Andreas Rinke in Berlin and Maria Ponnezhath in Bengaluru; writing by Tom Sims; editing by Sabine Wollrab and Grant McCool