The photos show Sanders taking a seat in first class on an American Airlines flight to Pittsburgh for a rally supporting Pennsylvania Democratic state Rep. Summer Lee as she runs for the state’s 12th Congressional District seat.

Sanders, masked up, appears to be sitting near the front of the plane in the photos obtained by a fellow first-class passenger.

THE NEXT AOC? FRONT-RUNNER FOR PA SEAT IS DEM SOCIALIST BACKED BY BERNIE, WARREN 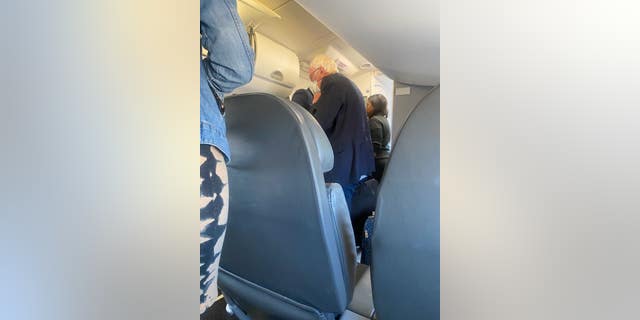 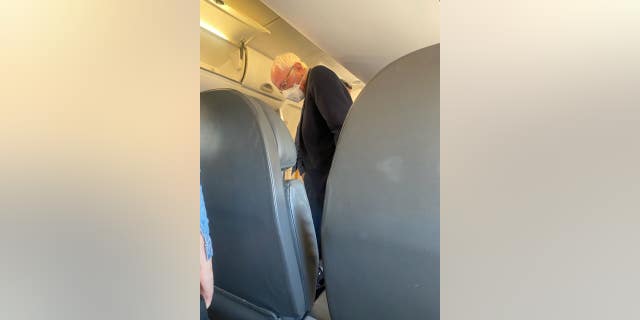 The Vermont senator endorsed Lee for the vacating congressional seat last week and spoke at her Pittsburgh rally on Thursday alongside Steel City Mayor Ed Gainey.

“We have a working class, a middle class, in this country who are struggling and it’s absolutely imperative we get (people) into Congress who are prepared to stand up and take on powerful special interest and fight for working families,” Sanders told local Pittsburgh publication Action News 4. “Summer is one of those people who will do that.”

“I’ve known Summer for a number of years and Summer believes as I do, that it is totally absurd that you have billionaires in this country, some of the very richest people paying nothing, not a penny in federal income tax,” the millionaire senator continued. “(All) because you have a rigged tax system that favors the wealthy and large corporations.”

The Pennsylvania Democrat has openly endorsed several socialist policies – including the redistribution of wealth – as well as controversial progressive policies like abolishing prisons. Lee has been likened to “Squad” leader Rep. Alexandria Ocasio-Cortez, D-N.Y., for both their similar progressive platforms and ascensions into public office by defeating long-established members of their respective governing bodies in 2018.

Ocasio-Cortez defeated former Rep. Joe Crowley, D-N.Y., whom many predicted was a future speaker of the House before his surprise primary upset, to secure her seat in Congress. Lee also defeated a long-standing incumbent during a Democratic primary, ending state Rep. Paul Costa’s two-decade career in the state legislature.

Additionally, Lee’s platform runs in the same circle as the “Squad” leader herself, pushing “Medicare-for-All,” tacking “justice” onto several of her progressive policies to capitalize on the buzzword, and making several wild claims ranging from the state of American democracy to immigration policies.

“Throughout our nation’s history, we have never delivered on the promises of democracy,” Lee claims in the “Democracy and Voting Rights” section of her website. “The legacies of slavery and Jim Crow have carried on through voter disenfranchisement, gerrymandering, and voter suppression making the ballot box inaccessible, especially for poor, Black and brown people across the country.”