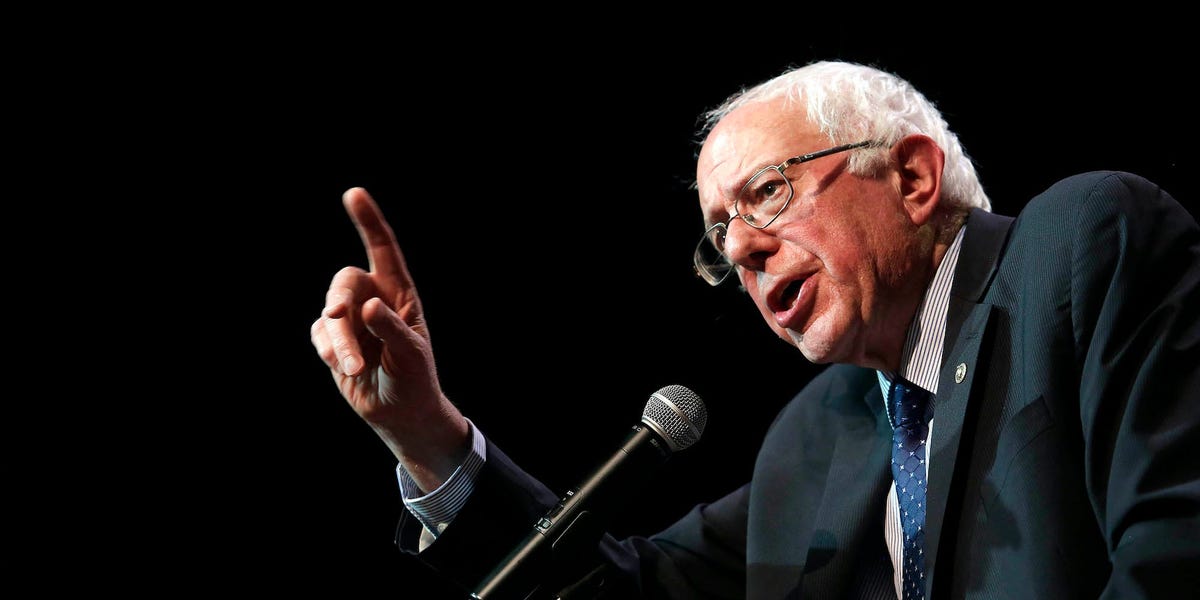 Sen. Bernie Sanders of Vermont has been letting loose lately.

With the moderate Democratic Sens. Joe Manchin and Kyrsten Sinema opposing the passage of President Joe Biden’s $3.5 trillion social-spending package, Sanders has held several press conferences, venting his frustration at the slow movement of a bill he shepherded as chairman of the budget committee.

On Friday, he went so far as to imply that their resistance to the spending bill came from the prescription-drug overhaul he wants to see included.

“Take a hard look at those people who are opposed to strong legislation to lower the cost of prescription drugs, and take a look at their campaign-finance reports,” Sanders said during a briefing with reporters. “See where they get their money, how many of them get their money from the pharmaceutical industry, and the executives there. And I think there will be a direct correlation.”

Insider previously reported that Manchin wanted a $1.5 trillion top line for spending, and while Sinema has not asked for a specific number, she has told the White House she’s opposed to the drug-pricing proposals in the Democrats’ bill.

Though Manchin has expressed support for lower drug prices, his $1.5 trillion top line would make it hard for Democrats to deliver on that reform.

“I am going to fight for the strongest piece of legislation that we can,” Sanders said. “I think I’m going to begin calling out some of those members of Congress.”

During his Wednesday press conference, Sanders criticized Manchin and Sinema for using “vague phraseology,” saying, “It’s not good enough to be vague.” Two days later, he seemed to draw his own conclusion: Their vagueness was connected to the pharmaceutical lobby.

Insider’s Kimberly Leonard previously reported on the healthcare provisions in the social-spending bill. It would allow the federal government to negotiate the price tags of at least 50 of the most used and highest-priced prescription drugs, including insulin. And people on Medicare would pay no more than $2,000 a year for their medicines.

On Wednesday, Sanders appealed to the two moderates to essentially fall in line with their caucus, saying, “Two people do not have the right to sabotage what 48 want, what the president of the United States wants.”

By his next appearance, Sanders’ attitude was hardening on negotiating with Manchin and Sinema face-to-face: “It’s not a movie. I don’t know if you are a movie writer. This is not a movie,” he said.