The Biden administration is reportedly expected to announce as soon as Tuesday that it will issue a rule that requires tobacco companies to reduce nicotine levels in cigarettes sold in the U.S. to minimally or nonaddictive levels.

The effort is expected to be revealed as part of the administration’s biannual “unified agenda,” The Washington Post reported, citing an anonymous individual familiar with the situation.

It said experts explained that it could take at least a year for the Food and Drug Administration (FDA) to issue a proposed rule. 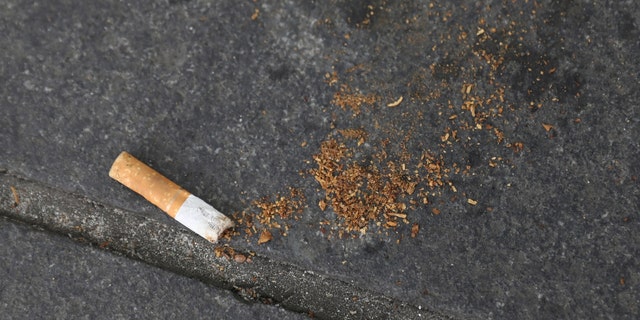 The Wall Street Journal first reported earlier in June that the Biden administration was planning to pursue this policy.

At the press briefing on Tuesday, White House press secretary Karine Jean-Pierre said that she would not comment on any leaked information and that “no policy decision has been made at this time.”
The FDA told Fox News said it also could not provide any information at the time of publishing.

The initiative would fit with the White House’s cancer moonshot; President Biden has pledged to slash cancer death rates in half over a quarter of a decade.

The American Cancer Society shows that tobacco use remains the leading preventable cause of death in the U.S., accounting for about 1 in 5 deaths each year. 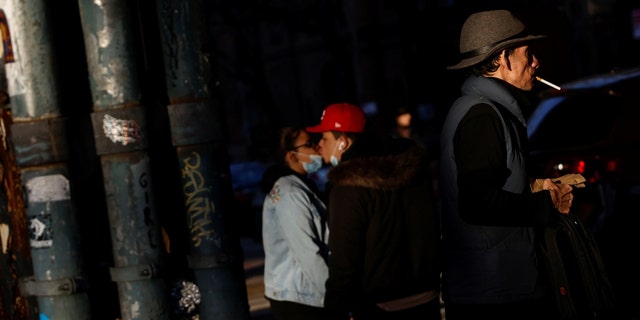 A man walks along a street corner smoking a cigarette while a couple kisses in the Brooklyn borough of New York City, U.S., February 10, 2022.  (REUTERS/Shannon Stapleton)

According to the Centers for Disease Control and Prevention (CDC), nearly 600,000 Americans died of cancer in 2019.

In a 2018 notice, the FDA said lowering nicotine levels to minimally or nonaddictive levels “could give addicted users the choice and ability to quit more easily, and it could help to prevent experimenters (mainly youth) from initiating regular use and becoming regular smokers.”

The Trump administration’s first FDA commissioner, Scott Gottlieb, reportedly told The Washington Post that the combination of reduced nicotine levels and appropriate regulation of other sources of nicotine for addicted adult smokers could be “one of the most impactful public health efforts in modern times.” 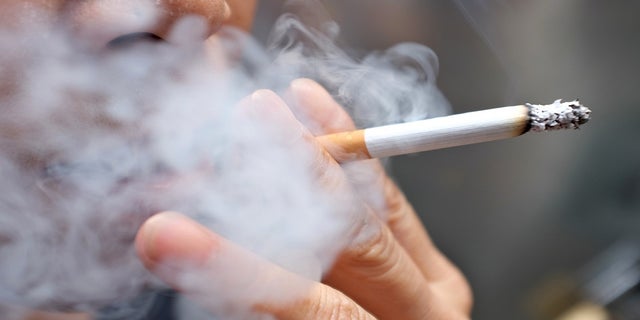 A person smokes a cigarette (iStock)

Others have criticized such a move, including the Post, calling it a ban on cigarettes.

Tobacco products are addictive because they contain nicotine, a chemical compound present in a tobacco plant.

The FDA notes that while nicotine keeps people using those products, it’s the “thousands of chemicals contained in tobacco and tobacco smoke that make tobacco use so deadly.”

Julia Musto is a reporter for Fox News Digital. You can find her on Twitter at @JuliaElenaMusto.