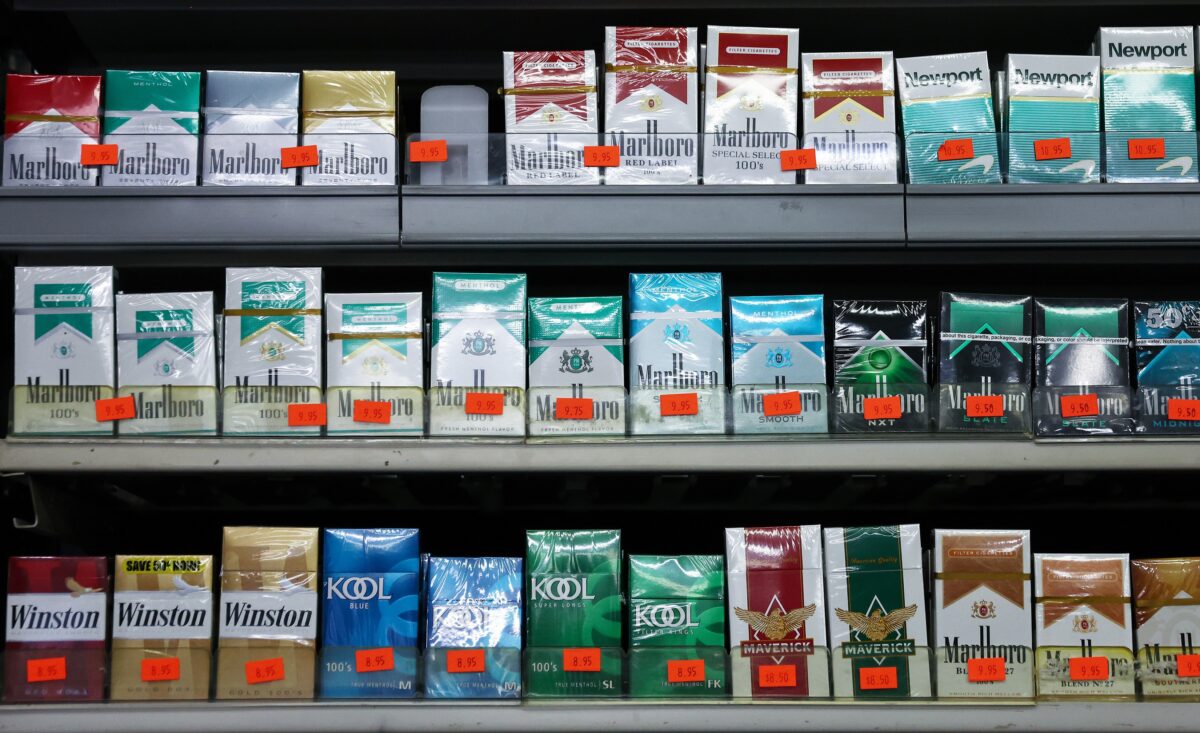 President Joe Biden’s administration has proposed removing most nicotine from cigarettes in an effort to make the products less addictive.

The proposal, outlined in a brief agenda by the Department of Health and Human Services, would establish a lower ceiling for nicotine levels in cigarettes and some similar products.

“Because tobacco-related harms primarily result from addiction to products that repeatedly expose users to toxins, FDA would take this action to reduce addictiveness to certain tobacco products, thus giving addicted users a greater ability to quit. This product standard would also help to prevent experimenters (mainly youth) from initiating regular use, and, therefore, from becoming regular smokers,” officials with the Food and Drug Administration (FDA), part of the health department, said in the agenda.

The Family Smoking Prevention and Tobacco Control Act of 2009 allows the FDA to regulate tobacco products, including setting certain levels of nicotine and other ingredients. But the law says the FDA cannot require companies to put zero nicotine in their products.

Some praised the new initiative, including Nancy Brown, CEO of the American Heart Association.

“Reducing nicotine levels in cigarettes could help millions of people quit smoking and prevent millions of others from starting the deadly habit. By reducing the addictiveness of cigarettes, the deadliest consumer products on the market, the FDA will spare countless families nationwide from disease and death caused by tobacco use,” she said in a statement.

Altria, a large cigarette maker, told news outlets that the FDA’s announcement “marks the start of a long-term process, which must be science-based and account for potentially serious unintended consequences.”

Guy Bentley, director of consumer freedom at the Reason Foundation, was among those questioning the move.

The FDA said in 2020 that it recognized lingering questions regarding “the possible unintended consequences of limiting nicotine levels in cigarettes,” including potentially boosting a black market and smokers increasing the number of cigarettes they smoke to compensate for the lower levels.

The FDA earlier this year proposed a ban on all menthol cigarettes and flavored cigars and during the Trump administration, regulators moved to impose new limits on nicotine levels in cigarettes.

“The agency has focused on regulations that reflect its most immediate priorities,” an FDA spokesperson told news outlets at the time. “FDA continues to gather evidence and data on an ongoing basis regarding all tobacco products.”

Dr. Scott Gottlieb, who helmed the FDA from 2017 through April 2019, had expressed a desire to force companies to put nearly no nicotine in cigarettes.