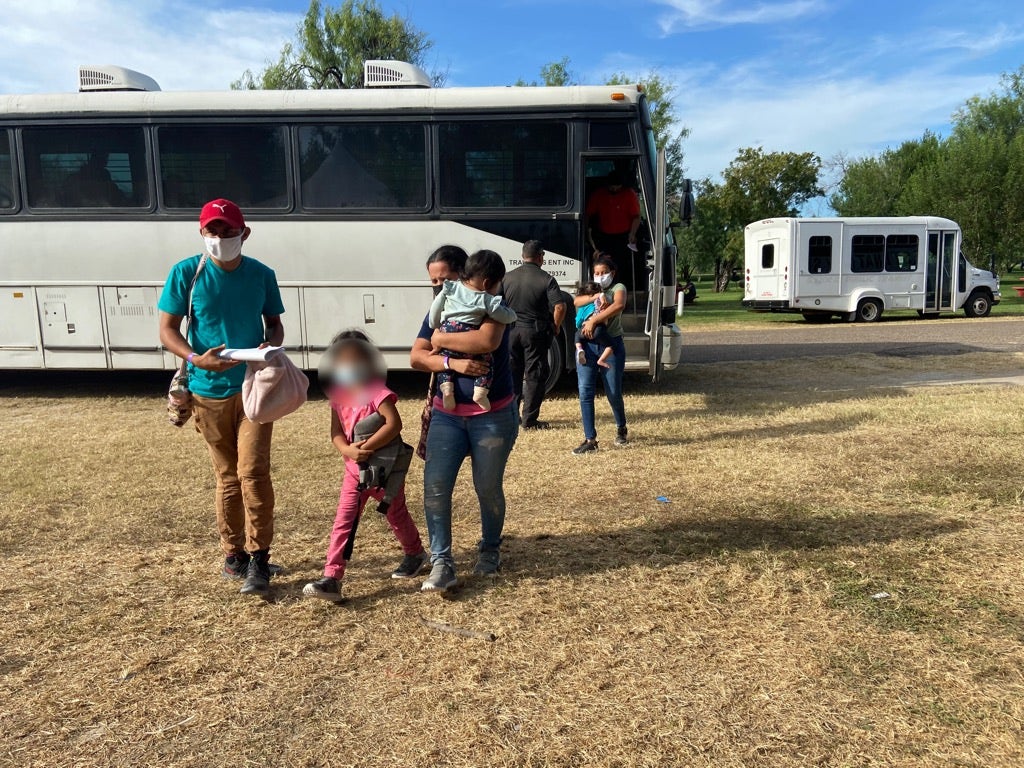 Fox News correspondent Bill Melugin takes a look back on the ongoing border crisis on ‘The Story’ as Biden fails to find a solution.

As the Biden administration marks National Human Trafficking Prevention Month, former Homeland Security officials are warning that the crisis at the southern border is exacerbating the criminal activity — and that preventing the crime starts with securing the border.

In December the Biden administration released an updated national plan to combat human trafficking, which is distinct but sometimes related to human smuggling. Last week, President Biden issued a presidential proclamation for Human Trafficking Prevention month, which is marked in January.

“Human trafficking — whether in the form of forced labor, sex trafficking, or other offenses — is an abhorrent abuse of power and a profoundly immoral crime that strikes at the safety, health, and dignity of millions of people worldwide,” President Biden said in a presidential proclamation to mark National Human Trafficking Prevention Month.

“During National Human Trafficking Prevention Month, we reaffirm our commitment to protect and empower survivors of all forms of human trafficking, to prosecute traffickers, and to bring an end to human trafficking in the United States and around the world,” he said.

But former DHS officials, including those who served in leadership during prior administrations, told Fox that the continuing migrant crisis at the border should be the top priority if shutting down trafficking is the goal.

“When you increase the number of people being smuggled, the increase in trafficking goes along with that, so if they’re really, really serious not just about addressing and reacting to trafficking, if they’re really serious about trying to prevent it, they’d secure our borders,” former acting Customs and Border Protection (CBP) Commissioner Mark Morgan said in an interview Wednesday.

A former senior ICE official told Fox that there needs to be more coordination between agencies amid the crisis and the criminal enterprises are taking advantage of the situation.

“A traffic victim can be smuggled and a smugglee can turn into a trafficking victim so we need to be more coordinated on how we do this,” they said.

“You have victims out there that are not being rescued because we’re not even focusing on immigration.”

The White House’s national plan notes that human trafficking does not require a border (or movement) at all, but also that “individuals who are smuggled are vulnerable to becoming victims of human trafficking and other serious crime.”

The report also says that Mexico is the top origin country in human trafficking cases involving foreign national victims in which the United States is the destination. It cites recent cases in which young victims were trafficked by enterprises linked to a region in Central Mexico, and then smuggled into the U.S. and forced into sex acts in New York, Atlanta and elsewhere in the U.S.

The Biden administration has been rocked by the crisis at the border, which has seen more than 100,000 migrant encounters, and sometimes more than double that, each month. There has been a focus on quickly processing migrants into the interior rather than keeping them in border facilities.

The crisis is leading, the former DHS officials said, to not only more victims being trafficked, but also agents who are overwhelmed and therefore less likely to be able to spot someone being trafficked. They said that with agents having less time to speak to victims, it is harder to identify them, particularly children who would once have been DNA tested to see if they are related to those adults bringing them across as an alleged family unit.

“A lot of people being smuggled, they are being trafficked at the same time, they just don’t know it until it’s too late,” Morgan said.

“What I can tell you is the border being out of control like it is, we don’t know how many potential trafficking victims we have coming in,” the former ICE official said. “I can’t give you specifics, but I can tell you we’ve identified individuals who have come in, become victims of trafficking, or were victims of human trafficking when they crossed the southwest border. The fact that the administration has been doing catch and release like they have has increased the potential to get trafficking victims into the United States.”

Homan said that the administration’s policies are hurting not only Border Patrol’s ability to stop human trafficking, but also ICE’s — which he said has been “decapitated” under Biden and limited from conducting some operations in the interior.

The White House plan is calling for immigration authorities to improve screening of all migrants who pass through immigration custody or detention for indicators of human trafficking — including rapid referral to Health and Human Services for minors suspected of having been trafficked. It also makes a priority that immigration protections are in place to make sure trafficking victims are not deported.

But Morgan, who dismissed the White House plan as “all show” said it is clear what needs to be done if the administration is serious about ending human trafficking.