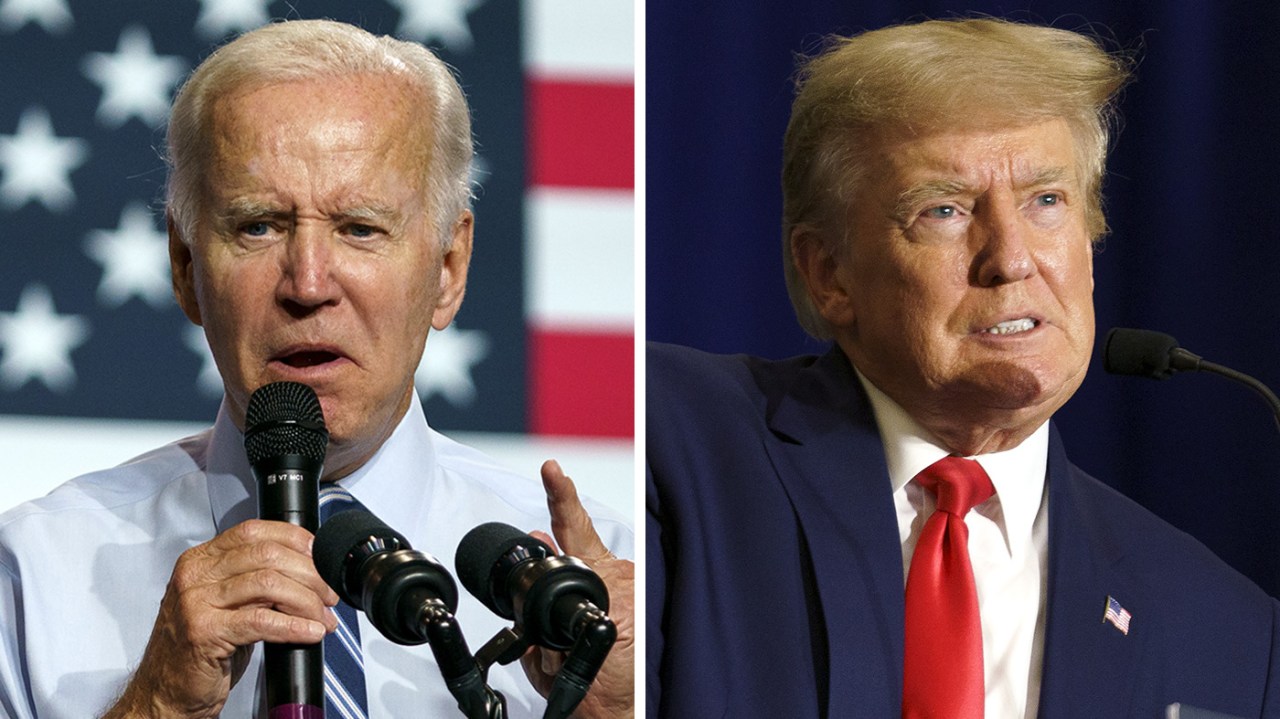 President Biden holds a small lead over former President Trump in a hypothetical 2024 presidential election, according to an Emerson College poll released Friday.

The poll comes as Biden has seen a sharp increase in his approval rating across the board from several polling firms. Polling from NBC News, Politico-Morning Consult and Gallup have shown the president’s approval rating rising in the past month from the high 30s to at or near 45 percent.

Emerson’s poll from Friday also showed Biden with a 45 percent approval rating, his highest throughout 2022.

Trump’s favorability rating has simultaneously seen a decline, falling to 36 percent in an NBC poll this week, the lowest level in months.

The Emerson poll found voters are evenly split on whether the FBI’s search of Mar-a-Lago for documents Trump should have turned over to government recordkeepers has had an impact on their views of the former president. About one third said the search and investigation makes them more likely to support Trump, a third said it makes them less likely and a third said it makes no difference.

The economy was most commonly rated as the most important issue on voters’ minds, with 39 percent saying so. Threats to democracy came in second with 15 percent, followed by abortion access at 10 percent.

Biden has consistently maintained that he plans to run for reelection but inserted a new sense of uncertainty in the 2024 discussion when he said in an interview on CBS’s “60 Minutes” that he has not made a “firm decision” on whether to run.

Trump has repeatedly hinted of his plans to make a third run for the White House and has said when to make the announcement about his plans is more uncertain than whether to run.