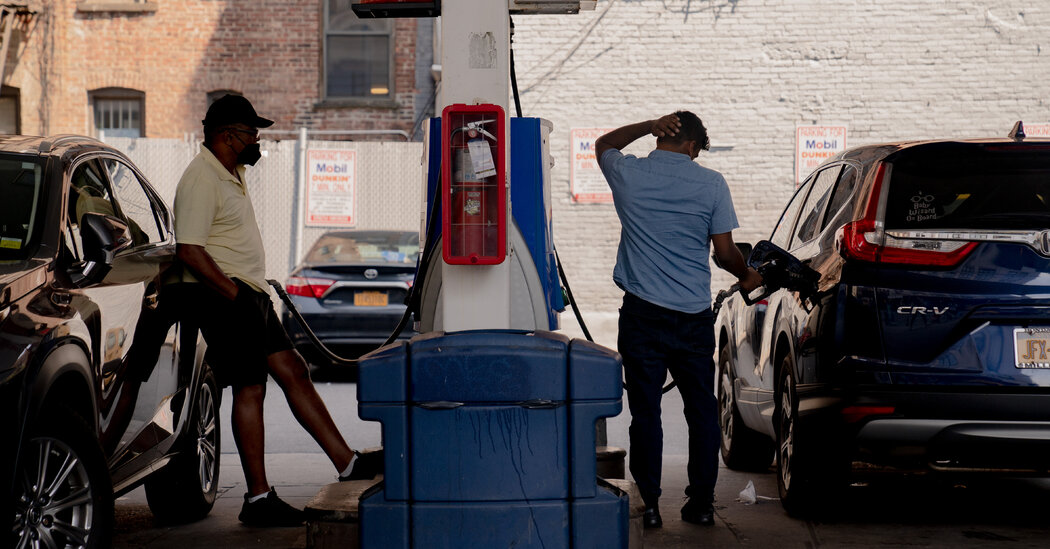 REHOBOTH BEACH, Del. — President Biden said on Monday that he was considering seeking a gas tax holiday to ease high fuel prices, a major political dilemma for the White House as it struggles to address record inflation.

“I hope I have a decision based on the data I’m looking for by the end of the week,” the president told reporters in Delaware.

Suspending the gas tax, which is 18.4 cents per gallon, would require action by Congress. In February, when Democratic lawmakers explored the idea, Senator Mitch McConnell of Kentucky, the Republican leader, dismissed it as a gimmick.

The national average for regular gasoline was $4.98 per gallon on Monday, according to AAA, after topping $5 this month. Oil and refined fuel prices have risen to their highest levels in 14 years, largely because of Russia’s invasion of Ukraine and resulting sanctions, as well as a rebound in energy use as the economy recovers from the coronavirus pandemic.

The White House and congressional Democrats have discussed a national gas tax holiday as one of the few options for bringing down the cost at the pump, as external factors have been major drivers of surging prices. The high cost of gas looms as a significant liability for Mr. Biden and Democratic lawmakers as the midterm elections approach.

When gasoline prices surged in March, the White House turned to the Strategic Petroleum Reserve, ordering the release of up to one million barrels of oil a day for 180 days in hopes of meeting demand. The overall effect has been limited, and gas prices remain near record highs.

Mr. Biden said on Monday that his team was planning to meet this week with the chief executives of major oil companies. He chastised some of the largest oil companies last week for profiteering while American consumers endured high prices.