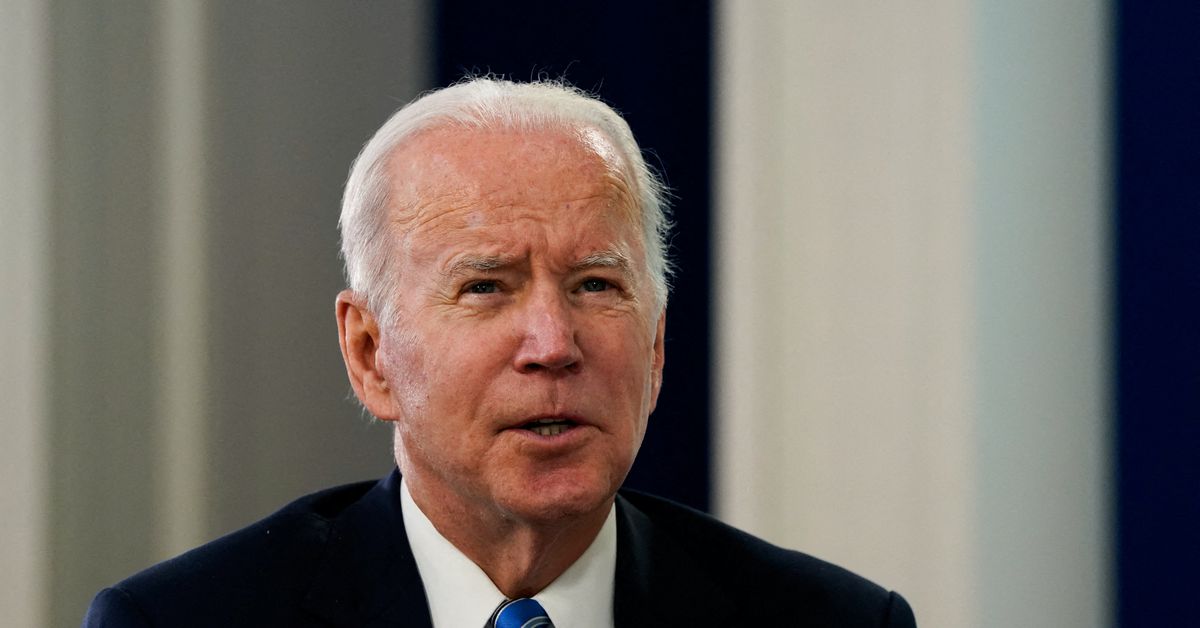 WILMINGTON, Del., Dec 31 (Reuters) – President Joe Biden said on Friday he told his Russian counterpart Vladimir Putin that a move on Ukraine will draw sanctions and an increased U.S. presence in Europe, where tensions are high after Russia’s military buildup at the border.

The U.S. and Russian leaders exchanged warnings over Ukraine in a 50-minute call on Thursday to address Russian military actions. read more

“I made clear to President Putin that if he makes any more moves, if he goes into Ukraine, we will have severe sanctions. We will increase our presence in Europe, with our NATO allies, and there will be a heavy price to pay for it,” Biden told reporters as he left a Wilmington, Delaware, restaurant.

Biden says Putin agreed on “three major conferences” next month with senior staff to help find a resolution and said he expected progress from those negotiations. However, he added, “I made it clear that it only could work if he de-escalated.”

Asked if Moscow faces sanctions if it kept troops on the border, Biden said, “I’m not going to negotiate here in public but we made it clear that he cannot – emphasize cannot – move on Ukraine.”

He will reaffirm support for Ukraine, discuss Russia’s military buildup and review preparations for diplomatic efforts to calm the situation in the region, the official said.

The Biden-Putin exchange set the stage for lower-level engagement between the countries that includes the U.S.-Russia security meeting on Jan. 9-10, followed by a Russia-NATO session on Jan. 12, and a broader conference including Moscow, Washington and other European countries on Jan. 13.

U.S. Secretary of State Antony Blinken sought to lay the groundwork for those talks on Friday in calls with NATO Secretary General Jens Stoltenberg and others, the State Department said.

In conversations with the foreign ministers of Canada and Italy, Blinken discussed a united response to deter further Russian aggression against Ukraine.