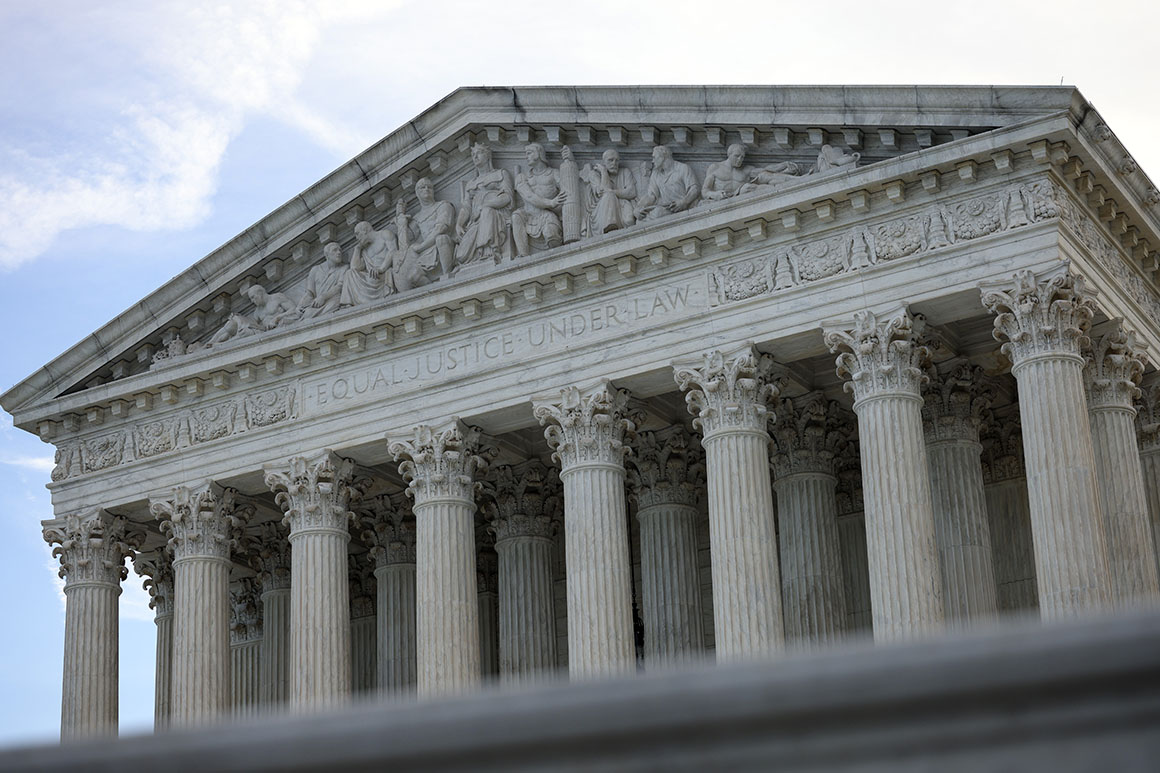 Democrats and Republicans often describe the process as broken but typically blame the other side for the deterioration.

During a public but largely below-the-radar video conference meeting in July, Biden’s Supreme Court commission heard from reformers who said that establishing stronger rules and official timelines for hearings and votes on high court nominees could rein in what many see as epic dysfunction.

“I was very pleasantly surprised,” said Jeffrey Peck, who served as a counsel to Biden when he chaired the Senate Judiciary Committee in the late 1980s and is the author of one set of confirmation reform proposals. “I got some nice emails. … I’m cautiously optimistic.”

Peck carried out anonymous interviews with 25 people who’d served as former senior Senate staffers — and even some people who served as senators. He says the group was roughly evenly divided between Republicans and Democrats. From that he crafted a series of proposals to overhaul the process.

The plan Peck floated seeks to guarantee Supreme Court nominees a vote under nearly all circumstances. Hearings would happen between 30 days and 50 days after a nomination, a committee vote would take place 10 days to 21 days after the hearings end, and consideration on the Senate floor would follow soon after.

Only a nomination made after Aug. 1 in an election year would be exempt from the timeline.

An initial “discussion” draft of the commission’s report, released on Thursday, sounded positive about the reforms, but wavered on whether the issue was squarely in the remit of the commission, which Biden established by executive order in February.

The draft report says confirmation reforms “merit close attention and consideration,” and notes “extensive and bipartisan testimony we received concerning the intense conflict that now characterizes that process.” The preliminary materials refer to an addendum that would address confirmation reforms, but no draft of that appeared to have been released on Thursday.

What was released did not sit well with those on the left demanding major changes to the court, such as increases in the number of justices, rotating panels or limits on justices’ terms, which currently run for life. While many casual observers might not have realized it, the commission was never asked to provide explicit recommendations on any of those proposals, but solely to review the arguments for and against them.

“This was not even close to being worth the wait,” said Brian Fallon of Demand Justice, a legal advocacy group. “The paralysis-by-analysis reflected here is exactly what you would expect from a commission made up mostly of academics, including several diehard conservatives who are fully content with the status quo.”

“From the beginning, the purpose of this commission was not to meaningfully confront the partisan capture of the Supreme Court, but rather to buy time for the Biden administration while it fights other legislative battles,” Fallon added.

Still, some liberals deeply concerned about the court’s current six-justice conservative majority said they welcomed any public discussion about the high court’s make-up and its future.

“The conversations the Supreme Court Commission has started are an important step towards achieving the reforms we so desperately need — up to and including expanding the Supreme Court,” said Rakim Brooks of the Alliance for Justice, another progressive judicial advocacy group. “The need for reform is substantial. Only democracy can save this court, and the commission’s report will help raise awareness that reform is not only possible, but necessary.”

Of course, one reason the commission’s marching orders don’t call for explicit recommendations is because Biden appears opposed to the idea of packing the court.

While he dodged on the issue during last year’s presidential campaign, as a senator in 1983 Biden called President Franklin Roosevelt’s attempt to add justices “bone-headed” and “a terrible, terrible mistake.”

Almost all the proposals to reform the court itself would require passage of a new law. Some may require a constitutional amendment. Those looking to improve the confirmation process emphasize that its rules could be reformed through a majority vote.

“I think they’re certainly more viable than some of the more structural reforms,” said Peck, the former Senate Judiciary counsel. “There’s a recognition on both sides of the aisle that the current process just does not work.”

Curt Levey, a prominent advocate for Republican Supreme Court nominees, said he thought the power McConnell used to halt the Garland nomination would be worth trading for a guarantee that future nominees won’t be bottled up.

“I hope something is done, because I think we’re heading towards the point where it will be almost impossible to confirm someone when the Senate and presidency are controlled by different parties,” Levey said. “That could be something some Republicans and some Democrats want, but I think it is not a good thing for the country.”

Levey, president of the Committee for Justice, conceded that it wasn’t really possible to lock in rules that a future Congress could not change. But he said an agreement on the process might prove difficult to dispose of in the heat of a future nomination.

Many of the proposals also include a delayed implementation to 2025 or later, meaning lawmakers and their staff wouldn’t know whether they or the opposition would be in charge in the Senate or in the White House when they kicked in.

“Part of the game has been delaying nominees for a variety of reasons, but nobody says that has to continue,” Levey said. “I’ve long been in favor of some sort of timetable to assure you get through the entire confirmation process. You may be defeated, but at least you’d get a vote, at least it incentivizes things in that direction.”

Asked last week about the commission’s forthcoming report, Senate Judiciary Committee Chair Dick Durbin (D-Ill.) said he didn’t have much insight into it. “I’m paying attention to it, but I don’t have any information,” he said.

Asked by POLITICO whether he was open to the changes to the confirmation process discussed by the panel, Durbin said, “Of course.”

Others close to the process say they think the reform effort is a fool’s errand.

“What they’re trying to do is force votes in committee and force votes on the Senate floor, and that’s just not going to happen,” said Mike Davis, a former Senate Judiciary Committee counsel under Sen. Chuck Grassley (R-Iowa). “It’s up to the chairman and the majority leader, and they aren’t going to give that up.”

“That’s the biggest power of the chairman and majority leader. They get to control the agenda in the committee and on the floor,” Davis added. “There’s no chance they give away that power. … It’s a navel-gazing exercise by an irrelevant commission.”

Even some who endorse many of the confirmation reform proposals say that getting them adopted is basically hopeless.

Ben Wittes, a Brookings Institution scholar who wrote a book 15 years ago on the breakdown of the confirmation process, told the commission at its last hearing that increasing polarization had likely doomed the effort for rules-based changes.

“My main concern is interrupting that prisoner’s-dilemma mentality that both sides are operating under, and I don’t think we’re going to do that through that kind of technical reforms of rules,” said Wittes, a founder of the Lawfare blog. “That said, if we can, I think it would be a wonderful thing.”

Marianne LeVine contributed to this report.