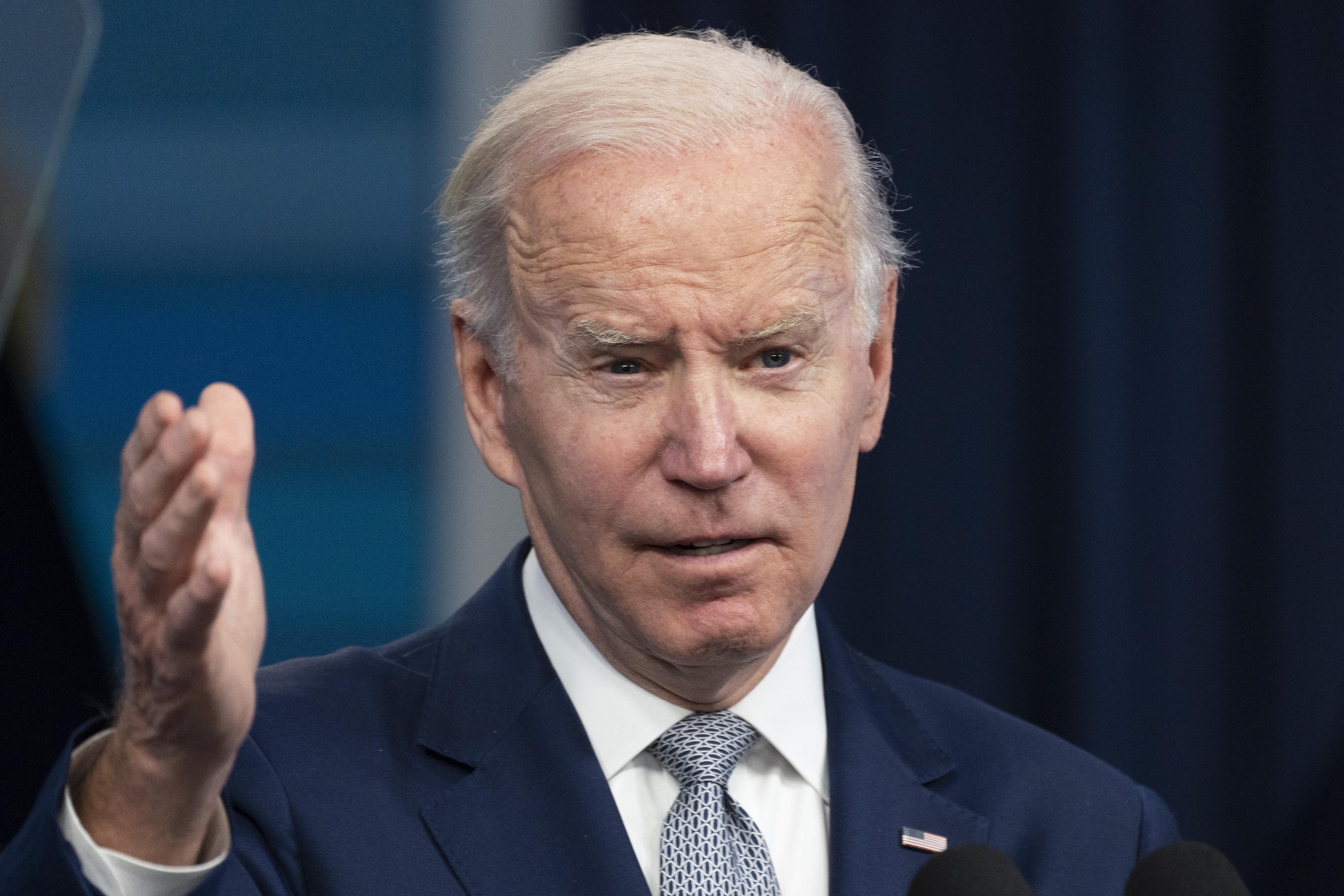 WASHINGTON (AP) — President Joe Biden wants to put a spotlight on the spike in food prices from Russia’s invasion of Ukraine when he travels to an Illinois farm to emphasize how U.S. agricultural exports can relieve the financial pressures being felt worldwide.

The war in Ukraine has disrupted the supply of that country’s wheat to global markets, while also triggering higher costs for oil, natural gas and fertilizer. The U.N. Food and Agriculture Organization said its food price index in April jumped nearly 30% from a year ago, though the index did decline slightly on a monthly basis. Americans are also bearing some pain as food prices are up 9.4% from a year ago, the largest increase in 41 years.

The trip to Illinois on Wednesday is an opportunity for Biden to tackle two distinct challenges that are shaping his presidency. First, his slumping approval rating has been dogged by high inflation and his visit will coincide with the release of the April consumer price index. Consumer prices rose 8.3% from a year ago, a slight decline from the 8.5% annual increase in March. The drop-off reflected in part a cooling in gasoline prices last month after the jump caused by the start of the war in Ukraine. Still, volatility remains with energy costs as gas prices have climbed in May to an average of $4.40 a gallon on Wednesday, according to AAA.

Much more broadly, Biden’s visit is an opportunity to reinforce America’s distinct role in helping to alleviate the challenges caused by the war in Ukraine. The trip follows a similar pattern as Biden’s recent visit to an Alabama weapons factory highlighted the anti-tank Javelin missiles provided by the U.S. to Ukraine.

“He’s going to talk about the support we need to continue to give to farmers to help continue to produce more and more domestically,” White House press secretary Jen Psaki said Tuesday. “Just as we are providing weapons, we are going to work on doing what we can to support farmers to provide more wheat and other food around the world.”

The Democratic president plans to announce three policy shifts to help U.S. farmers, according to the White House. These include doubling funding for domestic fertilizer production to $500 million, greater access to farm management tools for plant and soil needs, and efforts to increase the number of counties eligible for “double cropping” insurance so that farmers can reuse their land for planting in the same year.

Biden noted in remarks Tuesday about inflation that Ukraine has 20 million metric tons of wheat and corn in storage that the U.S. and its allies are trying to help ship out of the country. This would help to address some supply issues, though challenges could persist.

Several House Democrats, including Speaker Nancy Pelosi, met with Biden on Tuesday after having visited Ukraine. They warned that the food shortage meant the consequences of the war started by Russian President Vladimir Putin would extend well beyond Ukrainian borders to some of the world’s poorest nations.

“It’s going to result in a hunger crisis, much worse than anybody anticipated,” Massachusetts Rep. Jim McGovern following the White House meeting.

An analysis this month for the center-right American Enterprise Institute by Joseph Glauber and David Laborde noted that countries in the Middle East and North Africa are mostly likely to suffer from the higher prices caused by grain shortages.

There are limits to how much wheat the U.S. can produce to offset any shortages. The Agriculture Department estimated in March that 47.4 million acres of wheat were planted this year, an increase of just 1% from 2021. This would be the fifth lowest amount of acres dedicated to wheat in records that go back to 1919.

Biden will be traveling with Agriculture Secretary Tom Vilsack to Illinois. After the president speaks at the farm, he will go to Chicago to speak at a convention for the International Brotherhood of Electrical Workers.