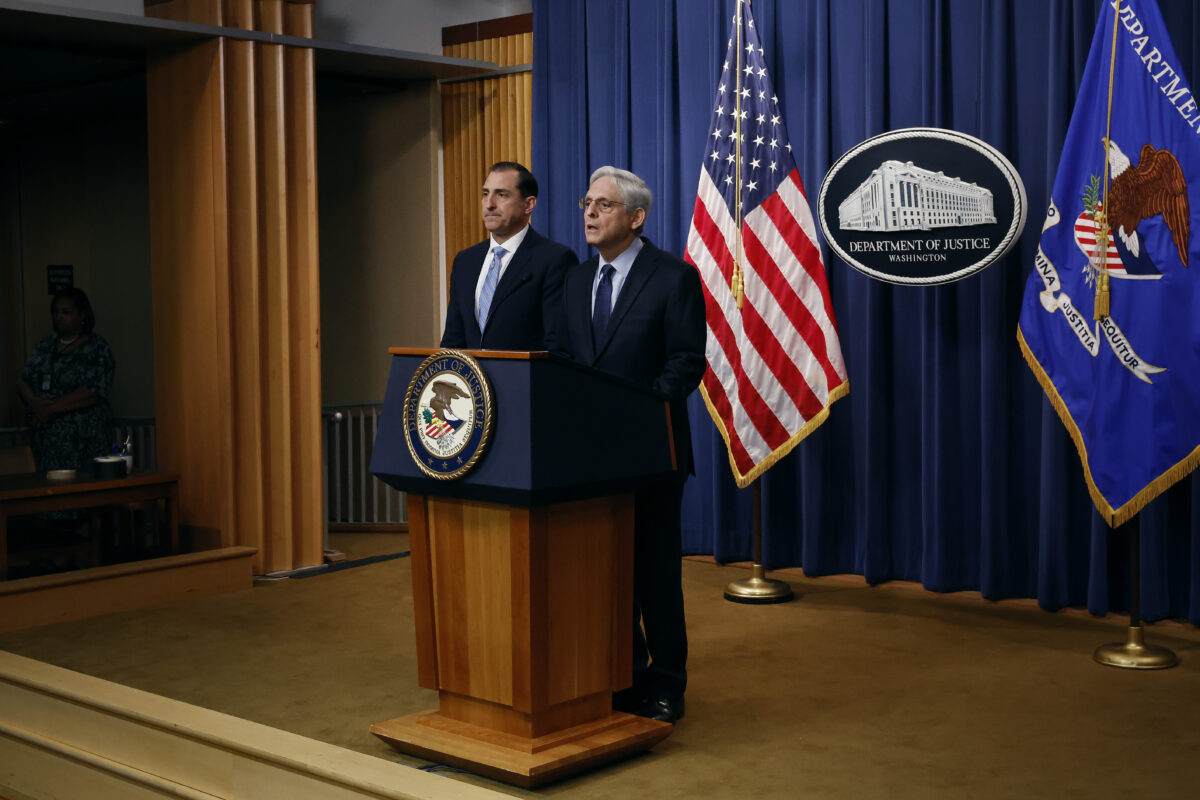 While in Trump’s case, the public was treated to frequent updates through leaks to media and official statements, the Biden case had been kept under wraps for more than two months and then disclosed in stages.

When staff of the National Archives and Records Administration (NARA) picked up 15 boxes of presidential records from Trump’s Mar-a-Lago Florida residence in mid-January 2022, The Washington Post reported it three weeks later and the NARA confirmed the story that same day, Feb. 7, 2022, adding a 150-word quote from then-Archivist David Ferriero explaining that “the Presidential Records Act is critical to our democracy.”

About a week later, NARA revealed in response to a congressional inquiry that classified material was found in the boxes and the matter had been communicated to the Department of Justice (DOJ). In April, The Washington Post reported the DOJ was investigating the matter and later that month C-SPAN released an interview with Ferriero during which he confirmed the existence of the investigation.

In the Biden case, when NARA was alerted on Nov. 2 that classified documents were found in Biden’s office at the Penn Biden Center, where he sparsely lectured and gave speeches from 2017 to 2019, there were no leaks forthcoming. In fact, NARA has yet to issue a single press release on the Biden case.

The story was first leaked to CBS News and reported on Jan. 9 with an on-record confirmation by Richard Sauber, special counsel to Biden.

The CBS report came a day after Rep. James Comer (R-Ky.) pledged in a Mark Levin interview that his oversight committee will question NARA on its handling of the Trump documents case and threatened to withhold the agency’s funding to force compliance with information requests.

In a Jan. 10 letter to NARA, Comer said its “inconsistent treatment of recovering classified records held by former President Trump and President Biden raises questions about political bias at the agency.”

NARA responded a week later, saying it “treats all of its communications with the White House, DOJ, and the representatives of the former Presidents (and Vice Presidents) as presumptively confidential” and “for this reason, NARA did not affirmatively discuss or disclose to our oversight committees or to the public our activities concerning the return to our custody of either the Biden Vice Presidential records or the Trump Presidential records, or our referral of both matters to DOJ because we found classified information.”

The agency started to respond to congressional inquiries on the matters “only when those topics were subsequently reported publicly in the press.”

“Our actions and responses with respect to both of these matters have been entirely consistent and without any political bias,” it said (pdf).

The DOJ was alerted by NARA about the Biden documents on Nov. 4, but the FBI didn’t start to look into the matter until Nov. 9, the day after the midterm elections.

The White House confirmed the initial story the day it was released, but didn’t disclose for another three days that another batch of classified documents were found in Biden’s garage, even though the DOJ was informed by Biden’s lawyers on Dec. 20.

The government response indicates that Biden’s pre-election promises of a transparent administration have fallen short, according to investigative journalist John Solomon.

“Was this an act of defiance on his promise of transparency?” he asked, noting that it appears that “the president says he wants to be transparent, but he doesn’t always deliver on the promise when things are unflattering to him or his presidency.”

Solomon argued that the DOJ should have been more forthcoming about the Biden documents issue, especially since Attorney General Merrick Garland appointed a special counsel to oversee the Trump documents investigation on Nov. 18, when his department was already probing the Biden documents case.

“They knew when they made that announcement that the current President has similar issues and they chose to keep it from us,” Solomon told The Epoch Times.

Garland appointed a special counsel in the Biden case on Jan. 12.

NARA seemed less forthcoming with the public about the Biden case compared to the Trump one in Solomon’s view.

“They never put a statement out [on the Biden case], but on Donald Trump they were offering proactive statements,” he said.

“It’s a pattern that’s very noticeable to those of us who know the National Archives and worked with them for years.”

Solomon has been authorized by Trump to retrieve from NARA declassified documents related to the Spygate scandal, in which the FBI illegally spied on Trump associates using as a justification false allegations produced by operatives funded by the 2016 presidential campaign of Trump’s opponent, former Secretary of State Hillary Clinton.

The release of the documents has been delayed as the DOJ continues to hold onto them, Solomon said.