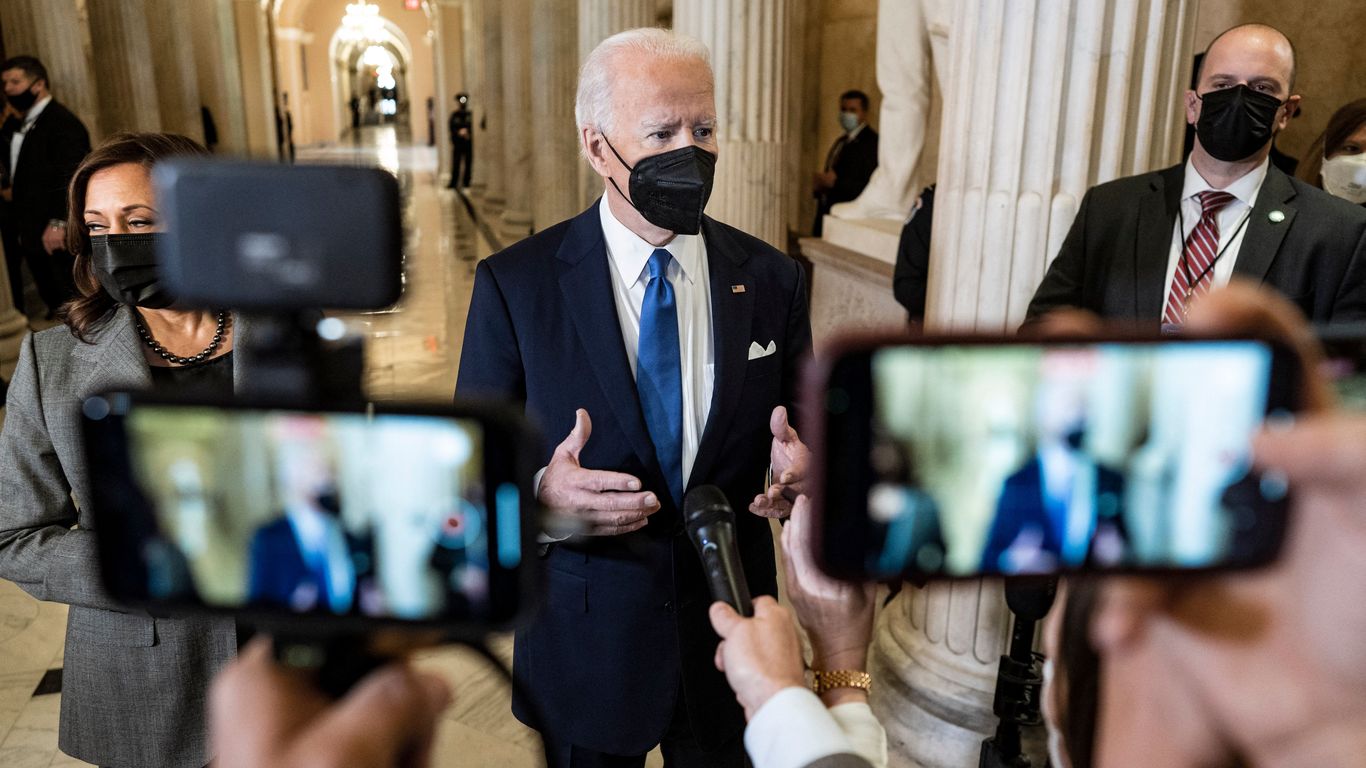 President Biden says holding former President Trump accountable for the Jan. 6 attack is about confronting the truth so America can move on.

Between the lines: Biden also previewed themes for 2024 — especially if there’s a Biden-Trump rematch.

Biden told reporters after his remarks in Statuary Hall that he referred to Trump as the “former president” — rather than call him by name — because “I did not want to turn it into a contemporary political battle between me” and Trump.

But during his speech, Biden made a point to call Trump “a defeated former president” driven by “profit and power” over principle.

The other side: Trump responded with a string of emailed statements alleging that Biden “used my name today to try to further divide America.” He labeled it “political theater” and “all just a distraction for the fact Biden has completely and totally failed.”