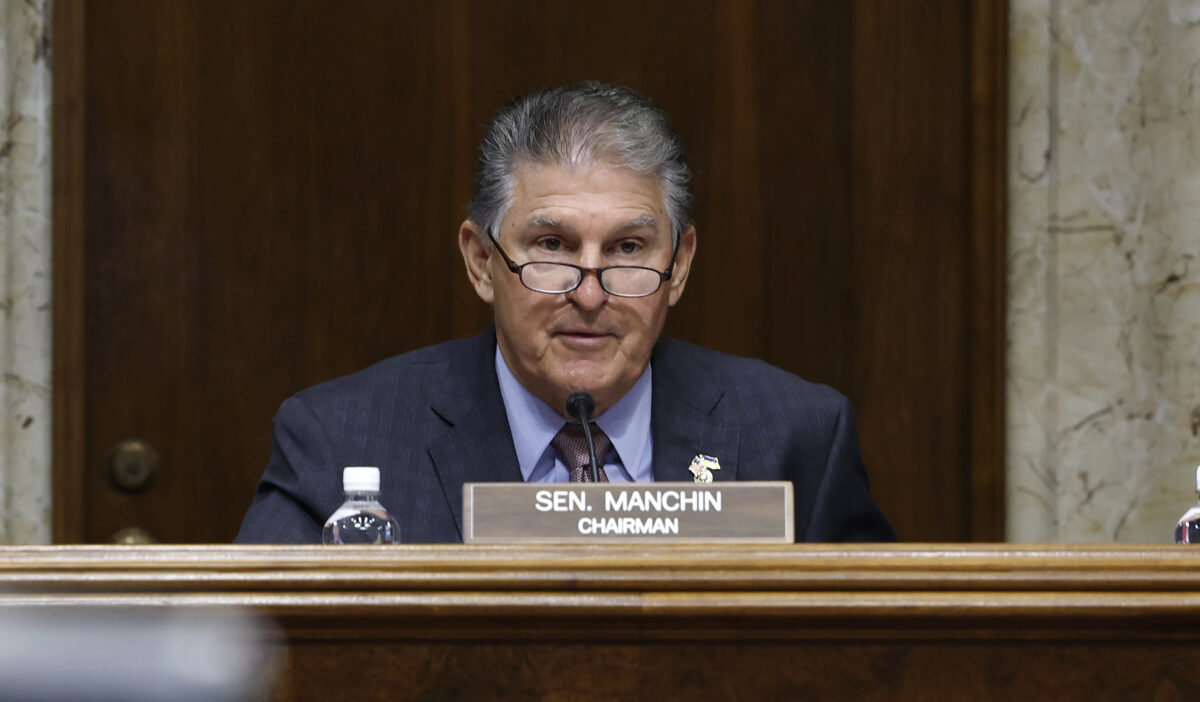 “It’s unbelievable how this could happen. It’s totally irresponsible,” Manchin said on CNN’s State of the Union.”

Manchin’s comments come on the heels of the Department of Justice discovering more documents with classification markings at Biden’s residence in Wilmington, Delaware.

“DOJ took possession of materials it deemed within the scope of its inquiry, including six items consisting of documents with classification markings and surrounding materials, some of which were from the President’s service in the Senate and some of which were from his tenure as Vice President,” said Bob Bauer, Biden’s personal attorney, on Jan. 21, a day after the discovery.

These findings added to other classified records from Biden’s tenure as vice president that had been previously found. The first batch was found on Nov. 2, 2022 at the Penn Biden Center for Diplomacy and Global Engagement in Washington. Ensuing searches found classified documents at his Wilmington home, in his garage, and in his home library.

On Jan. 19, Biden said he had “no regrets” over his decision not to inform the public about the discovery of classified documents at his former office in November.

“We found a handful of documents that were filed in the wrong place,” Biden said. “We’re fully cooperating and looking forward to getting this resolved quickly.”

“I think you’re going to find there’s nothing there,” Biden added. “I have no regrets. I’m following what the lawyers have told me they want me to do. It’s exactly what we’re doing. There is no ‘there’ there.”

However, Manchin disagreed with Biden’s thinking.

“I think he should have a lot of regrets,” Manchin told NBC’s “Meet the Press.” “Whoever’s responsible … whether my chief of staff or my staff that were doing this … then I’m going to hold someone accountable, but basically, the buck stops with me.”

“We’re all human. We make mistakes. I can tell you, I don’t think anyone intended—he sure didn’t intend for it to fall in wrong hands and use it against our country. I know they didn’t intend that to happen,” Manchin continued. “Could it have happened? I don’t know. And yeah, you just might as well say: ‘Listen, it’s irresponsible. It was something we should have had a better check and balance on.’”

On Friday, White House press secretary Karine Jean-Pierre declined to comment when asked what Biden meant when he said he had “no regrets.”

“He does, indeed, take classified information seriously, she continued. “I’m just not going to go beyond that.”

When pressed further, Jean-Pierre said she will just let “the president’s words stand for itself.”

“It’s just hard to believe that in the United States of America, we have a former president and a current president that are basically in the same situation. How does this happen?” Manchin asked.

FBI agents raided former President Donald Trump’s Mar-a-Lago resort in Florida in August 2022, seizing over 11,000 documents and photographs without classified markings and around 100 documents marked classified or top secret. However, Trump has said he declassified the materials when he left office.

“Are they both about the same, did not cause any problem, or is one more reckless and irresponsible than the other?” Manchin said. “I can’t answer that question, but I think the special counsel will do a better job than the politicians and the political circus that is going to follow.”