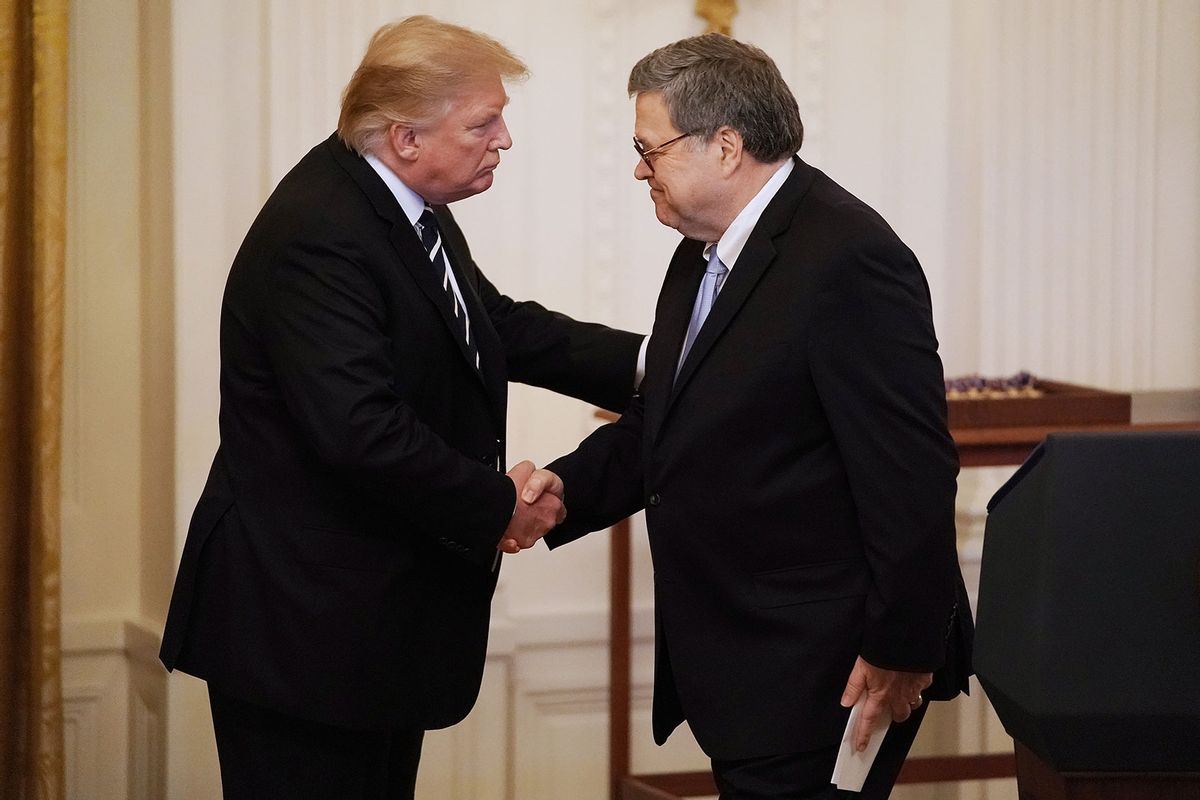 Former Attorney General William Barr told the House committee investigating the Jan. 6, 2021, insurrection that claims of widespread voter fraud in the 2020 election were bogus. But the phrase that made the headlines was his speculation that the former president was “detached from reality.” Those words may hand Donald Trump a “get out of jail free” card.

Barr must have known that hinting that his former boss no longer could tell the difference between truth and fiction could make it more difficult for the Department of Justice to prove Trump’s culpability.

I know that lawyers well versed in these matters are convinced there’s an airtight case to be made against Trump. But I’m not so sure.

As a country, we are pretty good at avoiding reality. The pandemic proved that. There were people who, as they died of COVID, denied they had contracted it. We all have family members who live in their own little worlds, whom we have to tolerate only on Thanksgiving.

In white-collar cases, former U.S. attorney and MSNBC legal analyst Barbara McQuade told The New Yorker, defense lawyers focus on intent. The defense may contend that all of Trump’s actions were “because he genuinely believed he had won the election and he was the one who was trying to stop fraud. … Maybe he was wrong in the end, but he led from a good place because he believed this was true.”

But is someone who hears dozens of arguments to the contrary, and still clings to his beliefs, guilty of “willful blindness?” McQuade says a judge can instruct the jury to consider the evidence that should have convinced Trump that he was wrong. That’s another arrow in the prosecution’s quiver.

Still, a verdict will depend on the thinking of those 12 people on the jury, who may wonder what it means when someone is so out of touch that no evidence can shake his convictions. It would only take one juror’s doubts to upend the process. And then, once again, we’d have the former president claiming total exoneration.

Surely Barr knows that. That’s what makes his “detached from reality” comment so potent. He could have called his former boss obdurate, or dead-set in his views about what happened. But he didn’t. He speculated about Trump’s state of mind.

And Barr has only recently jumped off the Trump train. Remember, he desperately wanted the AG job, writing a long memo that attacked special counsel Robert Mueller’s investigation into the Trump campaign’s dealings with Russia during the 2016 campaign and whether Trump was guilty of obstruction of justice. As attorney general, he skillfully defanged the Mueller report before it saw the light of day.

He had no problem with Trump’s policies on immigration. And after the George Floyd murder, during peaceful protests against police brutality in Lafayette Square close to the White House, Barr accompanied a Bible-toting Trump as police used tear gas and pepper spray to clear a path through the demonstrators.

Even Barr’s resignation letter was plump with praise. He wrote that he was proud to have played a role in the Trump administration’s “many successes and unprecedented achievements … all the more historic” because they were accomplished “in the face of relentless, implacable resistance.”

No one should think that Bill Barr’s comments before House investigators display any real change of heart. For Trump, Barr is the gift that keeps on giving.

Read more on Barr, Trump and the Jan. 6 hearings: