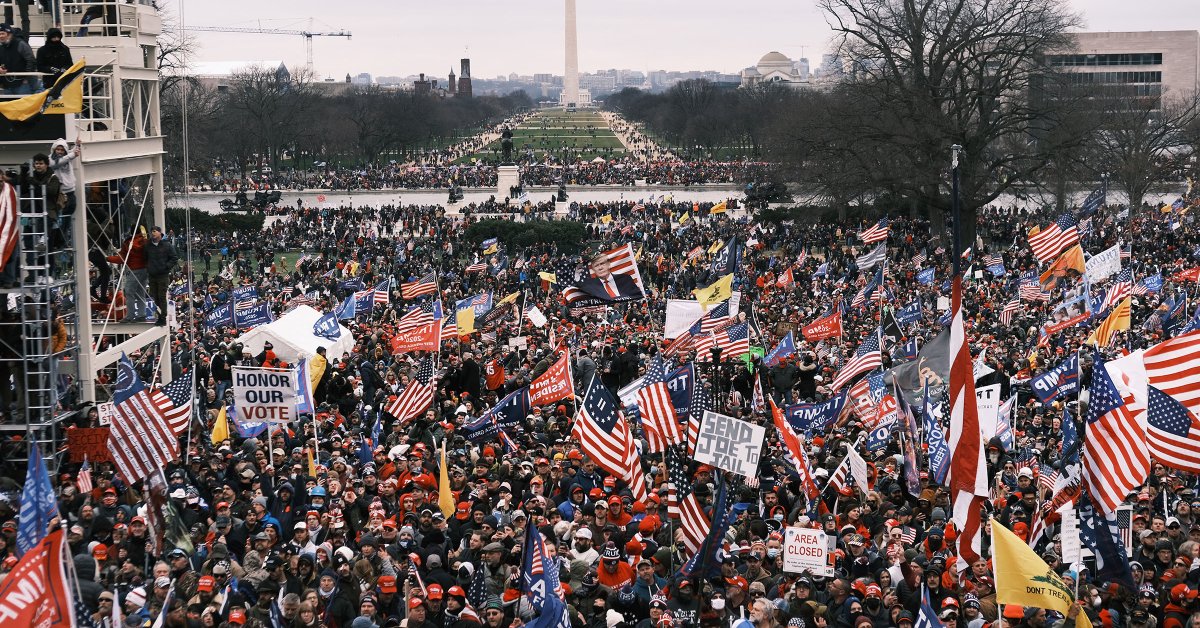 For five months, a bipartisan group in Congress has been working to overhaul the Electoral Count Act, the 1887 law that Donald Trump and his allies tried to exploit on January 6, 2021, to overturn the presidential election. The working group’s members have repeatedly emphasized that there is ample support for updating the little-known statute.

But if lawmakers want to change the law before this year’s elections, the window is closing fast. If they miss it, and Republicans gain control of one or both chambers of Congress, it will become much tougher to get it done before the next presidential election in 2024.

Some advocates worry that it may already be too late. “It would be good if they can prioritize it and come to some agreement in the next little bit,” Lisa Gilbert, the executive vice president for Public Citizen, a consumer advocacy lobbying group that has been pushing for changes to the ECA, tells TIME. “Frustration is more likely to mount as the time runs out and we get toward the end of the hearing process, and we haven’t yet seen that consensus be reached.”

Lawmakers involved in the effort say they expect to file a bill that updates key portions of the 19th-century law this summer. But seasoned Washington insiders are skeptical the legislation could make it through Capitol Hill before the five-week summer recess, when all eyes will turn to the campaigns.

“Even if they have the votes to overcome whatever obstructive tactics individuals or smaller groups might want to use, it takes time,” says Norman Ornstein, an expert on Congress and a senior fellow emeritus at the American Enterprise Institute. “The bigger problem here is that once you get past August, we’re fully into midterm season.”

The fact that legislators have not yet introduced a bill makes him especially dubious. “It makes you wonder whether they’re serious about doing anything or just doing this for show.”

Congress passed the Electoral Count Act in 1887 in response to a contentious presidential contest in which Republican Rutherford B. Hayes defeated Democrat Samuel Tilden. After the 1876 election, several states submitted competing slates of electors. Legislators went weeks before resolving the conflict, partly because there were no rules for how Congress should handle such a crisis.

The Electoral Count Act provided those rules, but in language that is vague and archaic and doesn’t translate well into the modern world. Some Trump allies used ambiguities in the law to bolster their efforts to block Congress from formally certifying Joe Biden’s election victory on Jan. 6, 2021. One of the architects of the scheme, law professor John Eastman, argued that the statute gave Vice President Mike Pence the authority to refuse to certify Biden as the winner, a view not shared by the vast majority of legal experts. Trump’s team also tried to use other provisions in the law to toss out Electoral College votes for Biden.

“They knew that, under the 12th Amendment, if nobody collected a majority in the Electoral College, that the contest would shift immediately over to the House for a so-called contingent election,” Rep. Jamie Raskin, Democrat of Maryland, tells TIME.

Raskin is on the House select committee investigating the Capitol attack, which has also discussed overhauling the Electoral Count Act. The panel is preparing to host a series of hearings in June, and then release a report that will include recommendations for changing the arcane law.

The committee’s members have been tight-lipped on how exactly they believe the law should be changed. They want to wait until after the hearings and the report’s release to put forth a bill, according to people familiar with the discussions who requested anonymity to disclose them.

The hearings are poised to generate a whirlwind of media coverage. Rep. Bennie Thompson, Democrat of Mississippi and the committee’s chairman, says he will hold some of them in prime-time, in the hopes of drawing millions of viewers. Committee officials plan to hire a multimedia production company to present the most compelling narrative of what happened that day and in the weeks leading up to it.

They are also looking for a professional writer who can deliver a page-turning narrative thriller, much like the 9/11 Commission Report. Notably, they want to avoid the fate of the Mueller Report, which was dry and read by few Americans. “The Muller report reads like most documents in Washington—as if it were written by a computer after a long committee process,” says Raskin. “So we want to have as much clarity, emphasis, and narrative power as possible.”

Many of the committee members are hopeful that the hearings and the report will galvanize interest from lawmakers to rewrite some of America’s voting laws, including the Electoral Count Act, to strengthen democracy and prevent anything like the Capitol riot from happening again.

The Electoral Count Act “could be used in the future by someone who’s trying to consolidate power, so I think it’s worthy of our time and attention,” Rep. Pete Aguilar, Democrat from California, tells TIME. “But we’re not ruling anything exclusively in or out. We’re going to have a number of conversations and devote some time to this.”

The timetable to get anything done in Congress is often tricky, but that is especially true in an election year.

The bipartisan effort to overhaul the Electoral Count Act gained momentum in January, after Democrats failed to pass a sweeping voting rights package because two of their own, Manchin and Sen. Kyrsten Sinema of Arizona, refused to bypass the filibuster to push it through. The Senate working group emerged shortly thereafter, with members on both sides of the aisle promising this was the one change to American voting laws that could make it to Biden’s desk in this hyperpartisan environment.

That same month, three Democrats announced they had a “discussion draft” of legislation to make three primary changes to the law, including making crystal clear that the vice president’s role in overseeing Congress’ certification of the Electoral College was purely a ceremonial one. The draft would have also increased the number of legislators needed to support an objection to a state’s slate of electors before a full chamber had to vote on it, and raised the threshold for lawmakers to reject any electors to a three-fifths majority from a simple majority in both chambers.

But Hill sources familiar with the process say that legislators are way behind schedule if they hope to pass the law before the election.

If lawmakers choose to wait until after the Jan. 6 committee holds its hearings and releases its report, a bill updating the Electoral Count Act won’t be filed until late June or early July. That would give lawmakers roughly four or five weeks before members leave for an August recess, roughly a month to go through the arduous process of moving a bill through both chambers of Congress and getting it to the president’s desk. It’s a tall order, period, let alone in such a condensed time frame, leaving some to question whether such a hurried legislative push can lead to anything meaningful.

Congress rarely gets much done in the fall ahead of an election. And if the GOP takes back control of Capitol Hill next year, as many are predicting, Republicans in thrall to Trump may never allow the measure to advance, viewing it as a public rebuke to the former president and an acknowledgement that the Capitol attack was more than a protest that simply got out of hand.

Even with Democrats in charge during a lame duck session in the final months of 2022, they may not be able to get such a measure through, sources familiar with the process tell TIME. The only hope would be if there were enough Republicans left with nothing to lose. “Any Republicans who are not coming back, either who have lost or who are retiring, will be free to act in a more moderate fashion,” says a Democratic House aide. “There might be some Republican votes from folks who don’t care anymore about their base.”

Still, that’s a gamble. Gilbert believes lawmakers must move faster and not hold off on introducing a bill until after the Jan. 6 committee finishes its work. Otherwise, they may not be able to update the Electoral Count Act before the 2024 election. “The only way this will be achieved is if it’s dual tracked,” she says. “The conversations that are happening in the Senate with the bipartisan group need to continue. But they need to come to some consensus about the reforms simultaneously to the process with the hearings playing out.”

It is a case she’s now making to members of Congress. As they all know too well, passing legislation rarely happens quickly, especially when you need a three-fifths majority in an evenly split Senate. “You never have 60 votes,” says Tillis, “til you get ’em.”