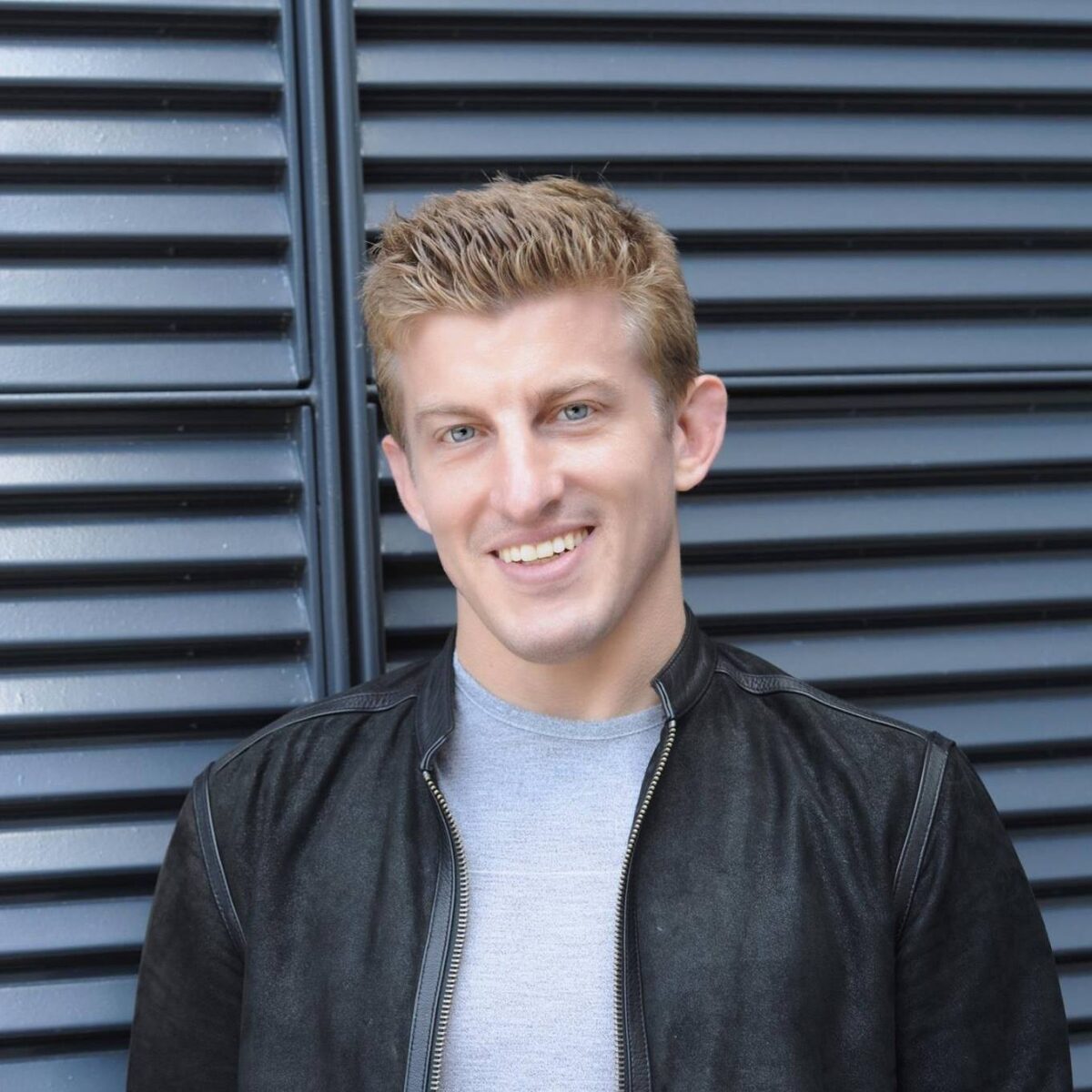 ‘Fossil Future’ a timely warning—but is nature worth more than its contributions to human flourishing?

It’s easy to see why the legacy media has placed a target on Alex Epstein’s back: the “Fossil Future” author fights to win.

In the weeks leading up to the release of his latest book, “The Washington Post” planned to attack Epstein by labeling him a bigot. When Epstein learned about it beforehand, he struck first.

“Instead of doing the conventional thing, which is to wait for a hit-piece to drop and then react with ‘damage control,’ I am doing the just thing and publicly, preemptively attacking The Post for this despicable act of journalist malpractice,” he wrote in a March 29 Substack post.

Epstein martialed support from podcasters, the alternative media, and his high-profile allies in the national debate over energy, including ecomodernist Michael Shellenberger.

The dustup is a case study in Epstein’s strengths and strategy, both on full display in “Fossil Future.” In a June 4 interview with The Epoch Times, he explained that he wants to persuade those who disagree with him and “give more ammunition to people” likely to see things the same way he does.

And so, in clear, forceful language, Epstein makes arguments that verge on what Biden administration climate advisor Gina McCarthy might consider ‘disinformation’:

When it comes to human-caused climate change, which Epstein does not dispute, he argues that any of its probable costs must be considered alongside its potential benefits. Even if the costs greatly outweigh the benefits, a one-sided account is neither accurate nor fair.

The downsides of fossil fuels must also be weighed against their upsides—upsides like the dramatic improvements in wealth, life expectancy, and other metrics of wellbeing within what Epstein calls a “human flourishing framework.”

Thus, even as atmospheric carbon dioxide levels have increased, storm death rates have continued to fall. Similarly, and contrary to what many may assume, wildfires in today’s California are likely far less common than in the pre-Columbian era.

Epstein argues that the recent uptick in devastating burns has less to do with greenhouse gases and more to do with poor policy, as people who approach nature with an anti-impact, preservationist mindset allowed too much fuel to accumulate in wild lands.

Fixing that problem is easier than it might otherwise be, thanks in part to mechanical brush clearers and other fossil fuel-powered technologies that serve as force multipliers of human labor.

“You take this idea that the world’s going to get on fire off the table,” Epstein said my June 4 interview with him.

Epstein is most convincing when he shows us the extraordinary advantages of inexpensive, readily available energy, the sort of energy that has, since the dawn of the Industrial Revolution, come overwhelmingly from fossil fuels.

While he is optimistic about potential advances in nuclear energy, scalable geothermal, and other alternatives to fossil fuels, Epstein concludes that the natural abundance, natural storage, and natural concentration of hydrocarbons make them uniquely powerful and hard to supplant.

On balance, we owe significant health and wealth to fossil fuels. (Though, notwithstanding Ben Franklin’s “healthy, wealthy and wise” formula, recent events suggest our comfort may have eroded our wisdom; good times make soft targets for Utopian schemers.)

Cheap and easy energy has enabled us to realize undreamt-of living standards. The benefits don’t end with humans; in a wealthier world, people can better afford to care for the natural environment than they can at earlier stages of industrialization.

The absence of the energy we now take for granted would suppress our potential for further technological advancements. In the ultimate tragic irony, it would leave us much more vulnerable to any rapid shifts in climate, not to mention other unpredictable stressors.

Here’s a thought experiment: Imagine mankind faced an immediate existential threat—say, a huge space rock on course to collide with the Earth in 30 days. Would we be likelier to survive with ample, dispatchable, low-cost energy or with scarce, intermittent energy sold at boutique prices?

The question answers itself, though the reader is invited to imagine a ragtag crew of ’90’s action movie misfits aiming the world’s largest medieval catapult at an incoming meteorite.

Epstein also scores points against many of the media’s designated experts on global warming. He points out that past predictions from Bill McKibben, James Hansen, and similar figures have overstated the scale and likely effects of climate change. But it seems unlikely that Gina McCarthy, Big Tech, and other supposed arbiters of the truth will accuse the Bill McKibbens of the world of spreading disinformation, misinformation, or, most Orwellian of all, “malinformation,” defined by the Department of Homeland Security’s Cybersecurity and Infrastructure Security Agency as “based on fact, but used out of context to mislead, harm, or manipulate.”

When then-candidate Joe Biden opined that “we choose truth over facts,” he could have been describing the establishment’s attitude toward its imperfect “climate prophets.” A secularized vision of the apocalypse, blamed entirely on a secularized conception of human sin, seems to be the “truth” after which they eternally seek.

Epstein’s clarity of vision owes much to his training as a philosopher. He’s a follower of individualist thinker Ayn Rand. She, in turn, was influenced by Aristotle, who introduced the concept of “human flourishing” (eudaimonia) to Western philosophy.

Like Epstein, Rand wrote about the potential consequences of extreme, politically motivated environmentalism. Her 1971 essay, “The Anti-Industrial Revolution,” envisions a world in which concerns with pollution lead to massive restrictions on technology; disease runs rampant, economic opportunity is limited at best, and life has been reduced to a lower level.

Epstein focuses on what he sees as the anti-human perspective of many fossil fuel critics. He argues that their opposition stems from resistance to any human impact whatsoever.

In one subchapter, “Eliminating Human Impact,” Epstein describes what he sees as the right orientation toward nature:

Elsewhere, Epstein suggests that scientists who question the morality of animal testing are motivated by “the moral goal and standard of animal equality,” which, he argues, exceeds the value of saving human lives for those scientists.

In both cases, the value of nature and the ascription of equality to animals, he oversimplifies. Some who voice concerns over animal testing may well be aiming for animal equality. That’s more likely the case if they oppose all animal testing on principle. But moral consideration of non-human suffering, along with the willingness to impose some limits on animal testing, does not always reflect some underhanded attempt at morally equating humans with animals.

Few would argue that killing a mildly irritating flea is morally equivalent to killing a mildly irritating cat. Many would agree that chimpanzees deserve more humane conditions than laboratory mice—though, again, that call for humane conditions does not necessarily imply that they want an end to all testing on primates, let alone all animal testing as a whole.

Likewise, when it comes to valuing nature, some who voice opposition to fossil fuels may well oppose human impact, or humanity, as such.

Yet an assessment of nature that only considers human impacts and does not clearly attribute value to nature itself also seems lacking. (“There’s a whole book to be written about how to think about nature in a pro-human way,” Epstein told The Epoch Times in response to these concerns.)

Other traditions seek a different balance between nature and humanity. In Genesis 1:26-28, God grants man “dominion over the fish of the sea, and over the birds of the air, and over the cattle, and over all the wild animals of the earth, and over every creeping thing that creeps upon the earth.” That stewardship need not imply that nature exists solely for the benefit of man. As in all just hierarchies, obligation flows both downward and upward, and both man and the living things for which man is responsible are created beings.

Epstein’s rosy picture of the energy sources he favors can also raise doubts, even among those sympathetic to his perspective. Thus, while he discusses the real and significant benefits of nuclear power at length, he omits some potential downsides.

One example: the costs of environmental remediation at uranium mines, which have already run into billions of dollars. (In the interview, Epstein argued that the downsides of uranium mining are relatively insignificant.)

In the end, however, Epstein’s latest book stands out more for what it adds than for anything it lacks. “Fossil Future” is a much-needed corrective to an increasingly one-sided debate about how we power our world. For those of us on Team Human, its success so far looks like a win.