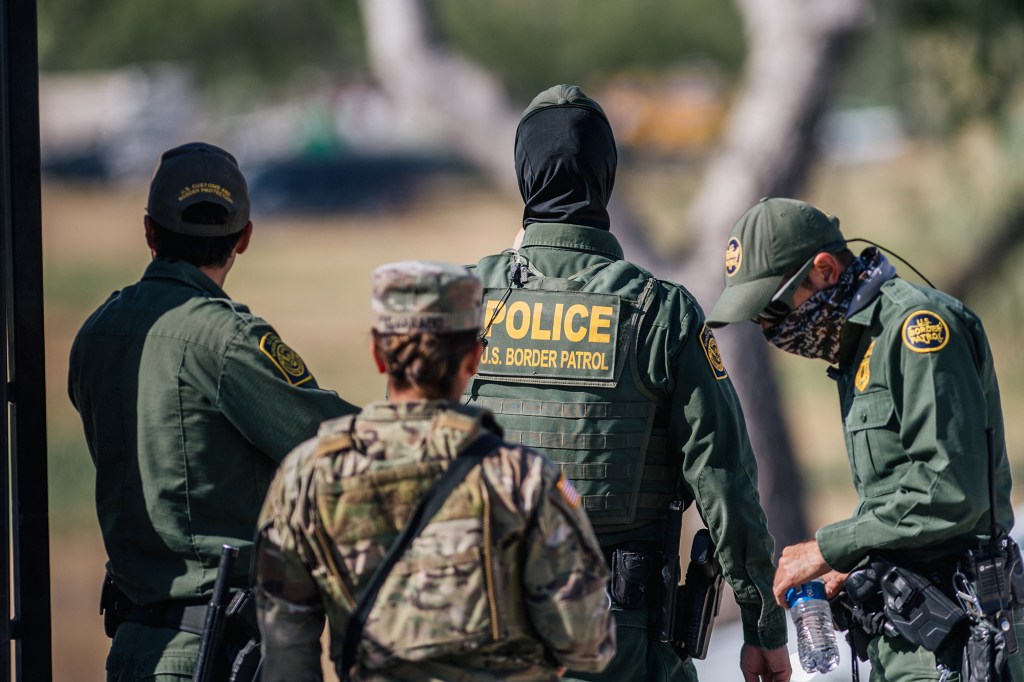 Two weeks ago, President Biden vowed that border agents who whipped Haitian migrants would “pay,” yet it quickly became clear that no one whipped anyone, notes David Marcus at Fox News — and the agents deserve an apology. They were just doing their jobs, “risking their own safety” to protect locals, so the president must now “lean into the truth just as hard as he leaned into the lie.” Apologizing could even help him politically: “Look, I fouled up,” he might say. The misleading photos of the agents on horseback “clouded my vision, and I’m sorry.” Most Americans would see that “in a positive light.” Meanwhile, Biden’s leaving meritless “questions lingering about the morals and professionalism of our border agents.”

Libertarian: Do the Math, Bernie

One thing you can never do in the Senate “is pass legislation with 48 senators in support and 52 votes against,” snarks Reason’s Eric Boehm. So when Sen. Bernie Sanders “suggests that ‘two people’ are somehow preventing 48 others from getting what they want,” he’s basically saying “he doesn’t quite understand how this whole democracy thing works.” Sanders claims Sens. Joe Manchin and Kyrsten Sinema are blocking the Dems’ spending package, but if they hold firm it won’t be just them “preventing 48 others from passing the reconciliation bill. It would be 52 senators opposing what 48 want.” Do the math: “There are 100 members of the United States Senate. Forty-eight don’t get to run the show.”

At The New York Times, Bret Stephens cites Politico’s Ben Schreckinger, who writes in his new book that the Bidens “are fond of pledging ‘my word as a Biden’ when they really mean something” — even as the “evidence” shows “Joe’s relatives trade regularly on their connections to him” and “the separation between their private dealings and his public duties” is not as great as Biden claims. Now Hunter Biden is selling paintings for up to $500,000 each despite his total lack of formal art training, which raises new questions. Trading on Biden’s position would be “corruption,” Stephens warns, and the president must “do better than give us his ‘word as a Biden’ that he’ll put an end to it.”

There’s been a liberal media “war” on Facebook ever since Hillary Clinton’s digital chief, Teddy Goff, cited the platform as the reason Clinton failed to capture the presidency, Spectator World’s Stephen L. Miller writes. Now comes “a whistleblower . . . buoyed by a powerful Democratic PR firm” to “demand more censorship.” But the biggest recent fake news came from “legacy news outlets,” as “journalists spread the falsehood that border agents used whips to deter migrants from crossing into the country.” And: “No congressional hearings will be held into how this dangerous misinformation spread.” Until “traditional news outlets start caring about truth again . . . Facebook will continue to dictate what information is valuable,” and its critics “will be left holding the imaginary whip.”

“For the past week, we’ve seen Sens. Joe Manchin of West Virginia and Kyrsten Sinema of Arizona roasted as uncaring heretics for daring to suggest that the Build Back Better bill is too expensive, puts the economy at risk and would dramatically change the social fabric of the nation,” quips Roll Call’s David Winston. But Democrats forgot “they gained only a tie in the Senate” and “a remarkably small edge in the House.” This “did not give them a mandate to radically transform the country” or “create a socialist welfare state.” And this “political reality ought to be reflected in how” they build majority votes. But progressive Dems prefer to bully moderates, not realizing “they don’t have the kind of overwhelming majorities and support needed to pass” their radical agenda.