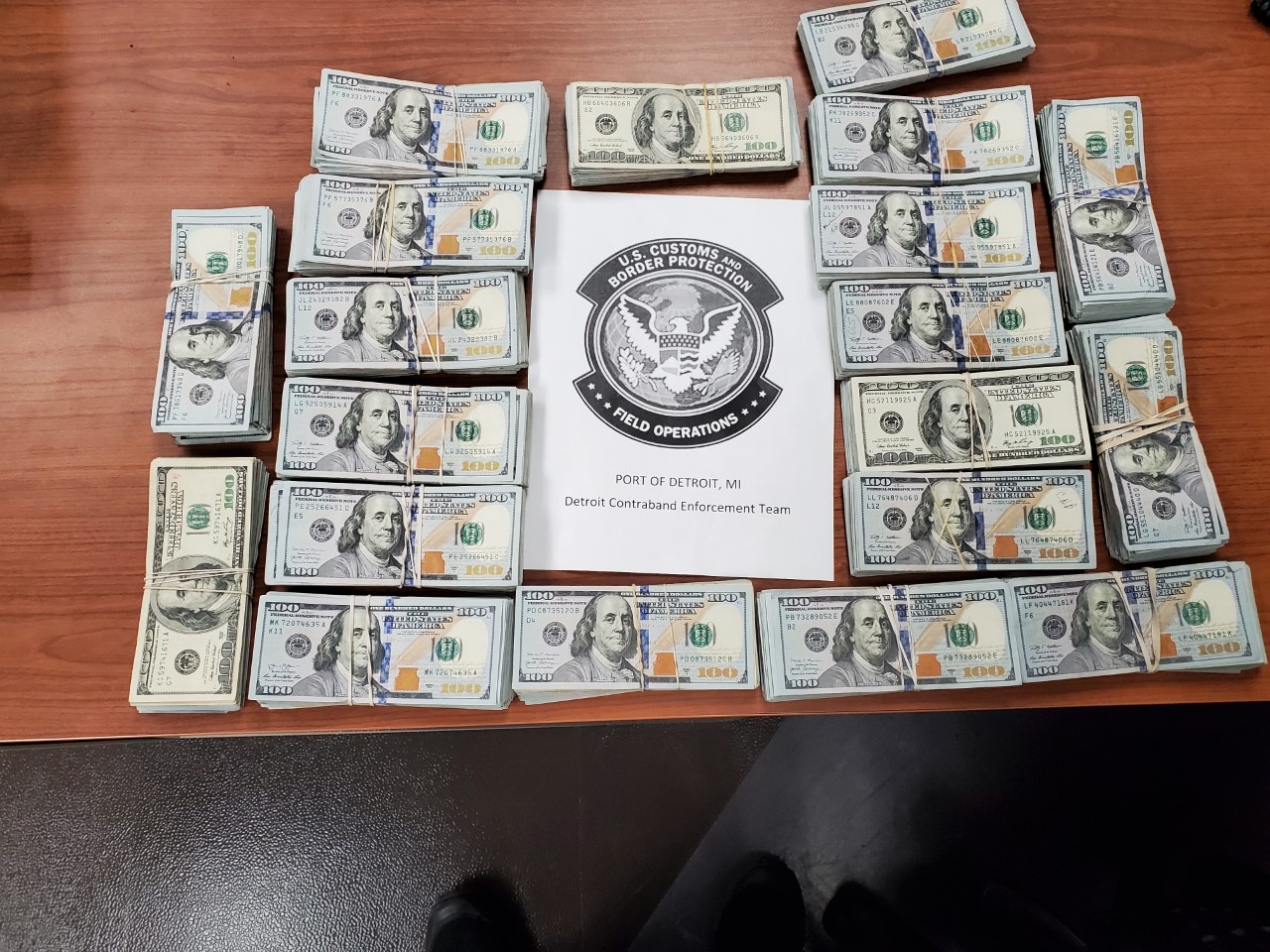 Customs and Border Protection’s Office of Field Operations said $200,000 was discovered by officers during a series of outbound commercial vehicle inspections near the Ambassador Bridge port of entry early Tuesday morning.

Travelers arriving to and departing from the United States with currency or monetary instruments in a combined amount of more than $10,000 are required to file a report.

“There is no limit to the amount of money that travelers may carry when crossing U.S. borders, but reporting is required under the Currency and Foreign Transaction Reporting Act,” said Port Director Devin Chamberlain. “Failure to comply can result in civil and criminal penalties and may lead to loss of undeclared monetary instruments.”

An individual may petition for the return of seized currency, but the petitioner must prove the source and intended use of the currency was legitimate.

Homeland Security is investigating the incident.