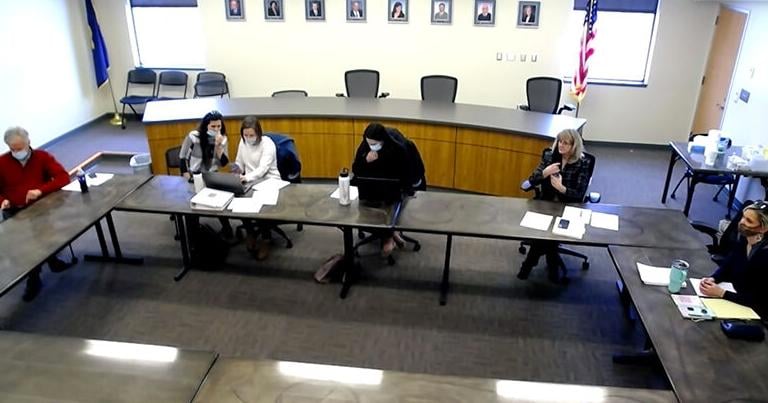 ONTARIO — The Eastern Oregon Border Economic Development Board this week voted to authorize Executive Director Shawna Peterson to write up a draft letter detailing a funding request to local lawmakers Sen. Lynn Findley, R-Vale, and Rep. Mark Owens, R-Harney County. The hopes is that Findley and Owens can submit the funding request before the end of the short legislative session that begins Feb. 1 in Salem.

This decision was made during the board’s regular meeting in the Laura Moore Cunningham Science Center at Treasure Valley Community College on Jan. 13.

The letter would be reviewed by the board before being sent to Findley and Owens.

The Eastern Oregon Border Board oversees the Eastern Oregon Economic Development Region, which includes an area 20 miles within Oregon/Idaho border, from the Annex and Brogan areas south to Adrian.

Board member Dana Young asked why the board would be distributing the money to the county.

Peterson replied that the board was set up to distribute the funds.

The request for funding comes after Peterson had talks with Owens and Findley, who urged her to submit the letter.

In a phone interview on Thursday, Owens explained that the request is a “re-up funding,” request from an original request that was approved in 2017 by the Oregon Legislature, that allocated $5 million to the board. That was then was split up into grants for Malheur County to provide “economic opportunity” to its residents.

Owens said the present funding request would come from Capital Construction funding or that it would come out of a reconciliation bill [also known as a “Christmas Tree” bill].

A Christmas Tree bill is something that typically happens late in the legislative session, in which the Legislature allocates funds to specific projects. According to information from the Oregon Counties Association, the “Christmas Tree” bill’s name comes from the provisions or “ornaments” attached to the bill.

In other action the board approved the 2022 Budget unanimously.

Leslie Thompson contributed to this article.