Border Police on Friday demolished several structures erected illegally at the wildcat outpost of Homesh in the West Bank, near where an Israeli man was shot dead in a terror attack last week.

Since the attack that killed Yehuda Dimentman — who studied at a yeshiva the IDF has allowed to operate illegally on a near-daily basis for over 15 years at Homesh — the area has seen an uptick in violence and the army was preparing for the possibility that it could spill over into the coming days as well.

As part of an apparent effort to diminish tensions, security forces on Friday morning were dispatched to the outpost erected on private Palestinian land and began taking down at least six makeshift buildings, including one used by the yeshiva’s students for lodging and another two by families who recently moved to the hilltop in a move of solidarity also meant to expand Jewish presence in the area.

Settler leaders blasted the demolitions though, calling them a “prize for terror,” and arguing that the response to the shooting should be to legalize the outpost at Homesh, which was once a fully-fledged settlement before it was evacuated in 2005 as part of the Gaza Disengagement.

Border Police did not raze all of the buildings at the outpost though, and the building used as the yeshiva, or religious school, remained standing, amid concerns regarding the response such a demolition might draw from local settlers so soon after the terror shooting.

Thousands of far-right, national religious Israelis descended on Homesh Thursday afternoon in a solidarity march with Dimentman’s wife and father as they finished the traditional mourning period for him. 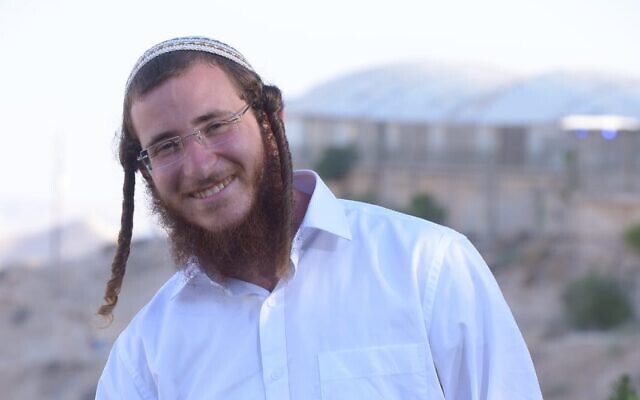 IDF soldiers blocked off entrances to several nearby Palestinian towns in order to make way for the Israeli demonstrators, sparking clashes with youth from the adjacent villages.

Hours later, a group of settlers attacked Palestinian homes in the village of Burqa, near the rally. 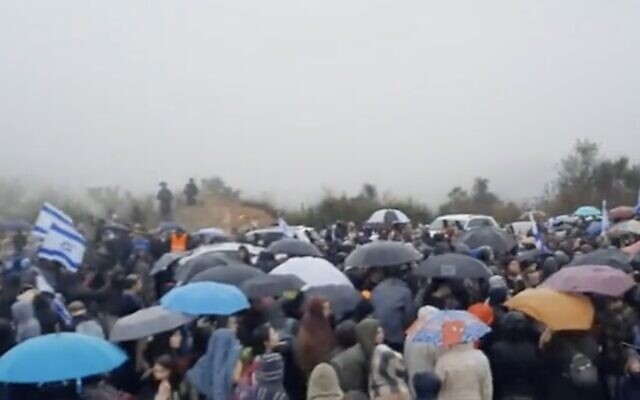 Israelis demonstrate at Homesh in the northern West Bank, on December 23, 2021, calling on the government not to demolish the outpost after a yeshiva student was killed there in a shooting attack. (Screenshot/Twitter)

The attackers went into the village after dark, “attacked residents’ homes” and smashed gravestones in a cemetery, according to the Yesh Din rights group.

At least one person was injured and taken to hospital for treatment.

According to an unsourced report on the Walla news site on Friday, senior officers in the IDF are concerned that Hamas is seeking to capitalize on the simmering tensions and encourage supporters to carry out additional attacks against Israelis.

The IDF carried out large-scale arrests overnight in Halhul, Hebron, Yabed and other Palestinian towns, Ynet reported on Friday.

Forces were also gearing for clashes around Homesh, namely with residents of the nearby Palestinian village of Burqa.

Last Thursday night, Palestinian terrorists opened fire at a car of students from the illegally constructed yeshiva, or religious school, at Homesh, killing Dimentman and wounding two others.

In response to the attack, hundreds of settlers broke into the outpost on Saturday night, assaulted the soldiers who were guarding the area, and constructed a number of additional structures at the site, the Israel Defense Forces said.

Overnight Saturday, security forces arrested six Palestinian suspects in connection with the shooting attack. Two are believed to have carried out the shooting and the other four are suspected of assisting them.