A U.S. Border Patrol agent in Texas was shot at from Mexico on New Year’s Day while apprehending a migrant who crossed into the country illegally, a law enforcement source tells Fox News.

The incident happened near Roma – and the Border Patrol and FBI are now investigating.

Images the source provided to Fox News showed several bullet holes in the side of the agent’s truck. 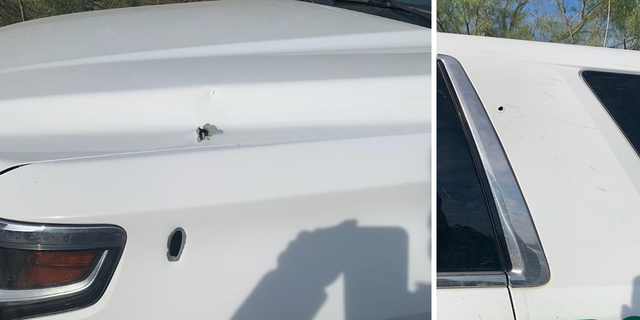 Images provided to Fox News show bullet holes in the front of the truck, left, and on its side. (Fox News)

Nobody was injured and the agent did not return fire, the source also said.

The origin of the gunfire was across the Rio Grande River in Mexico, according to the source.