“Anytime we can send a robot in a tunnel instead of an agent, that’s ideal, especially when it’s sewage and dirt and nasty,” Hecht said.

In Nogales, there’s a control room where each agent is assigned a monitor to track and report from.

“We have those cameras there monitoring to see if there’s any type of incursion because years back, we didn’t have that technology in there,” CBP Agent Alan Regalado said.

Regalado explains that technology helps agents respond to activity in the desert and alongside the border “in a timely manner.”

The Sonoran Desert is a dangerous place, with wildlife, forbidding terrain and unbearable temperatures, but many migrants ignore those risks and attempt to cross the border miles away from ports of entry. Hundreds die there each year.

CBP also uses small drones to survey the border, as well as support search and rescue operations. Tucson Sector officials told auditors they have been used to search for undocumented migrants who get lost in the vast desert.

“When there’s a medical emergency, immgiration is the last thing in our head. What we’re trying to do is save that person,” said CBP Agent Jesus Vasavilbaso, adding that more than 230 agents also are certified emergency medical technicians.

Technology is a big part of apprehensions and rescues of migrants. 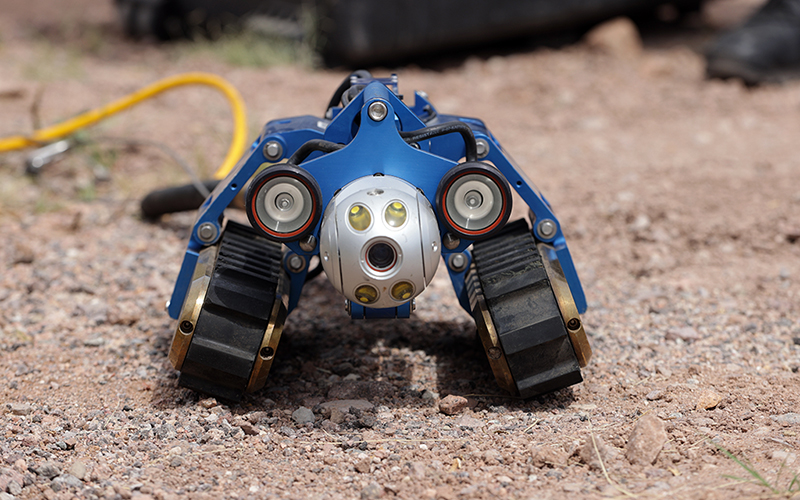 “Both the smugglers and migrants will wear camouflage from head to toe. They’ll wear carpet on the bottom of their shoes, so you can’t see their footprints,” said Keith Kincannon, a supervisory air and marine agent for the CBP.

Alexander Zamora, another air and marine supervisor, said planes and helicopters give agents “this eye in the sky” when activity is detected in the desert.

“Basically,” Kincannon said, “when you’re looking at a natural landscape, you’re just looking for something that looks out of place. You know, right angles or colors that you wouldn’t see out in a natural environment. It takes a lot of practice to get good at it, even with all this technology.”

The Border Patrol and the Tucson air and marine branch work closely together to target illegal activity and seize or arrest, depending on the situation. Communication devices are the greatest help to them while being miles away from each other.

“We’re just constantly flying to the desert, able to see all this activity, lock in the coordinates and come back to it as we have agents going to support that particular activity in that area,” Zamora said.

Bernard said technology “notifies the real time of illegal crossings or any activities along the border, and that goes a long way for tactical response.”

CBP hasn’t said how much of the $743 million was allocated to the Tucson Sector.

Bernard says CBP will continue to revise its technology needs, available funds, and priorities for the southern border each year.