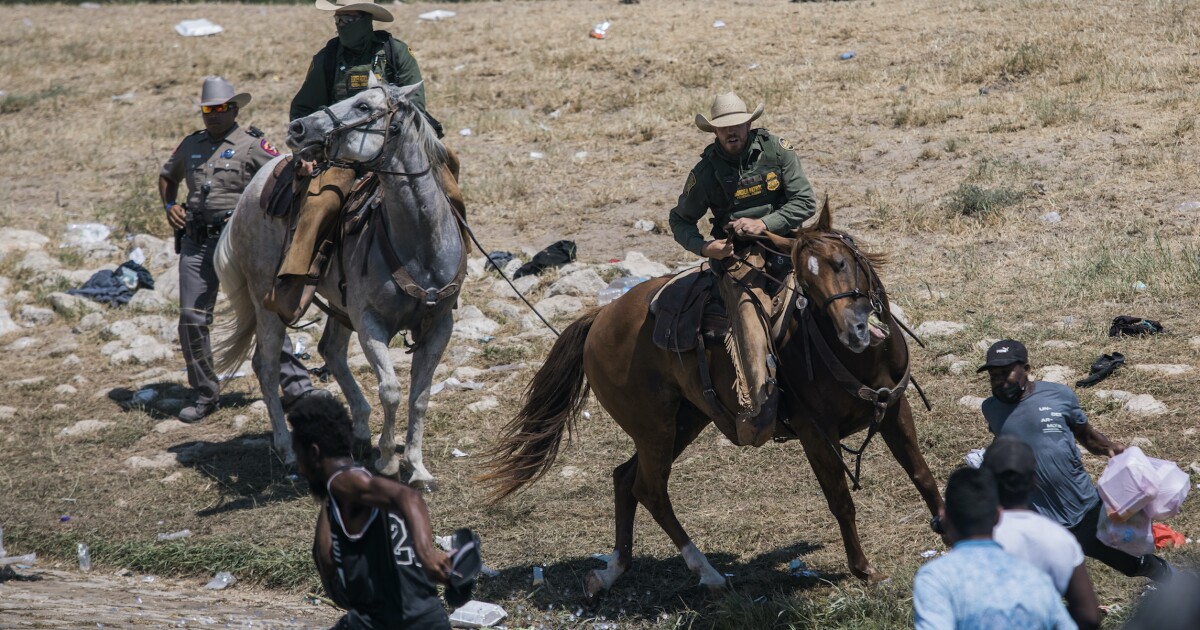 EXCLUSIVE — The top U.S. Border Patrol officials from the Bush, Obama, and Trump administrations are warning the Biden administration against disciplining agents whom it investigated for “whipping” Haitian migrants in Del Rio, Texas, last September, the Washington Examiner has learned.

Four national Border Patrol chiefs and five other top-ranking officials who served under the previous three presidents on Tuesday sent a letter, obtained exclusively by the Washington Examiner, to Homeland Security Secretary Alejandro Mayorkas in which they shared serious concerns about a report that DHS agency Customs and Border Protection is planning to punish agents involved in the incident despite outcry that the agents are not guilty of any wrongdoing. The letter is significant because it is from nonpartisan career officials, not political nominees or politicians.

“We collectively believe and point out that the statements made by the President and Vice President predictively prejudged the desired outcome of the investigation and may therefore influence the case. Stating outright that there will be consequences presumes the result of an investigation,” the letter states. “We ask that you and the deciding official ensure a fair and impartial review of the facts as U.S. Customs and Border Protection (CBP) moves through this process.”

The letter comes one week after sources told the Washington Examiner that CBP investigators within its Office of Professional Responsibility planned to level “administrative violations” against federal agents who appeared to whip Haitian migrants crossing the Rio Grande.

In the days after the incident, President Joe Biden and Vice President Kamala Harris publicly denounced the agents, which the former Border Patrol officials said is likely adding pressure to investigators, who may fear reaching a different conclusion than Biden’s and Harris’s statements.

“Of course I take responsibility. I’m president,” Biden said on Sept. 24, 2021, to reporters. “But it was horrible what — to see, as you saw — to see people treated like they did: horses nearly running them over and people being strapped. It’s outrageous. I promise you, those people will pay. They will be — an investigation is underway now, and there will be consequences. There will be consequences. It’s an embarrassment. But beyond an embarrassment, it’s dangerous; it’s wrong. It sends the wrong message around the world. It sends the wrong message at home. It’s simply not who we are.”

The photographer who captured the incident said the photos were “misconstrued” and that he had not witnessed agents “whip” anyone.

The administration had promised a quick review of the incident last fall but has not issued a conclusion in nearly nine months. The Border Patrol union has stated that agents are not issued whips and that the agents had twirled their reins between the horse and migrants in an effort to prevent a collision as men tried to run up the riverbank past law enforcement.