Border Patrol agents on Tuesday rescued two small children abandoned along the Rio Grande River, including a 3-month-old in an infant carrier – the latest instance of child abandonment at the southern border.

In a statement, Customs and Border Protection (CBP) said the 2-year-old girl and 3-month-old boy, both Honduran nationals, are siblings and were found abandoned along the Rio Grande near Eagle Pass. 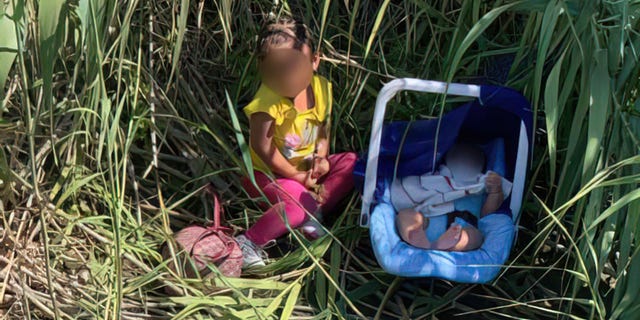 They were found only as agents on the river noticed “an unusual color” on the bank, and discovered the two children.

They found a note identifying their ages and nationalities, and no individuals were encountered in a search of the area. The children were brought to safety and transported to a nearby station for processing. They did not require medical attention CBP said.

It is the latest instance of small children being abandoned at the border, often by smugglers, in the hope they will be picked by Border Patrol, processed into the United States and eventually released to sponsors – usually parents or other relatives – who are already in the U.S.

In June, Border Patrol released video of a 5-year-old migrant girl wandering alone at the border after being abandoned near the end of the wall.

Earlier in the month, a video emerged purportedly showing a 5-year-old boy screaming “don’t go!” after being abandoned along the U.S.-Mexico border.

A DHS source told Fox News on Wednesday that there were 18,847 encounters of unaccompanied children in August, down slightly from July.

Republicans have meanwhile asked the Department of Health and Human Services for answers over reports that roughly one in three calls made to migrant children who had been released to their sponsors between January and May of this year went unanswered.