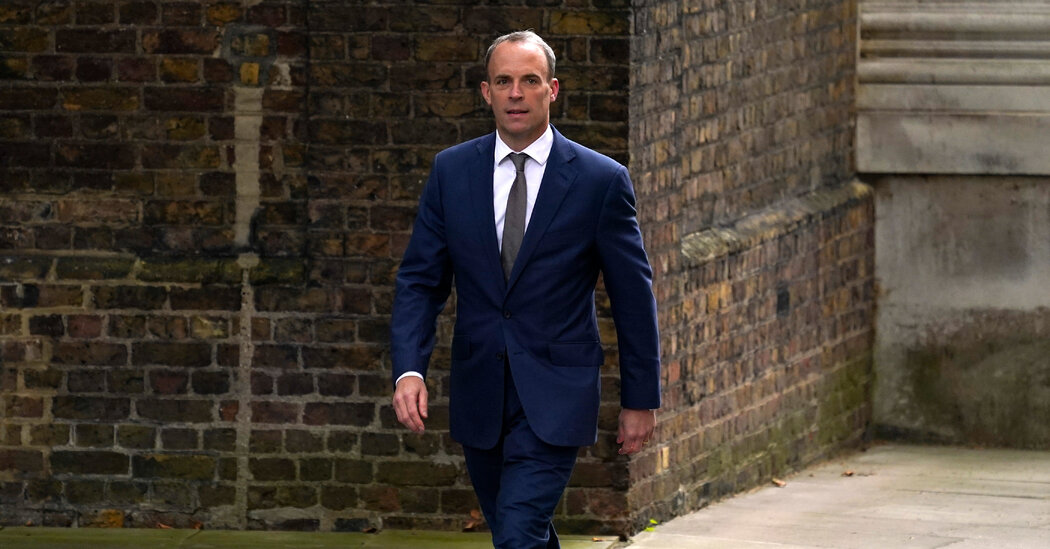 Mr. Raab’s American counterpart, Secretary of State Antony J. Blinken, has also come under political pressure over his handling of Afghanistan. Several Republicans have demanded his resignation, and he faced tough questioning from Republicans in testimony before Congress this week.

But Mr. Blinken has something that Mr. Raab does not — a close relationship with his boss. Mr. Blinken has been a longtime foreign policy adviser to President Biden, while Mr. Raab challenged Mr. Johnson for the leadership of the Conservative Party in 2019. His elevation to the Cabinet was mostly a reward for his Brexit credentials, which made him popular with that wing of the party.

“He was a natural fall guy when the prime minister decided someone had to carry the can for the government’s muddled and ineffectual response to the Afghan crisis,” said Peter Westmacott, a former British ambassador to the United States.

While it was Mr. Raab who took the fall on Wednesday, his travails were a setback for Mr. Johnson as well. For a prime minister eager to showcase a new “Global Britain,” Afghanistan was a humbling episode. Mr. Biden, officials said, did not consult Mr. Johnson in advance about the timing or logistics of the evacuation, even though Britain was the second-largest contributor of troops to the war among NATO members, after the United States.

Britain found itself scrambling to organize flights for its diplomats, aid workers and Afghan allies. Critics of Mr. Johnson, including in his own party, questioned why Britain did not work with other NATO members to mitigate the chaos that erupted after Mr. Biden announced the Aug. 31 withdrawal.

“We boast about Global Britain, but where is Global Britain on the streets of Kabul?” Mr. Johnson’s predecessor, Theresa May, said in a biting address in Parliament last month. “What does it say about NATO if we are entirely dependent on a unilateral decision taken by the United States?”

American officials countered that all NATO members were consulted and had “signed up” to the withdrawal, a position echoed by the alliance’s secretary general, Jens Stoltenberg. But feelings toward Mr. Biden remain raw among some in the Johnson government and in the Conservative-leaning press.