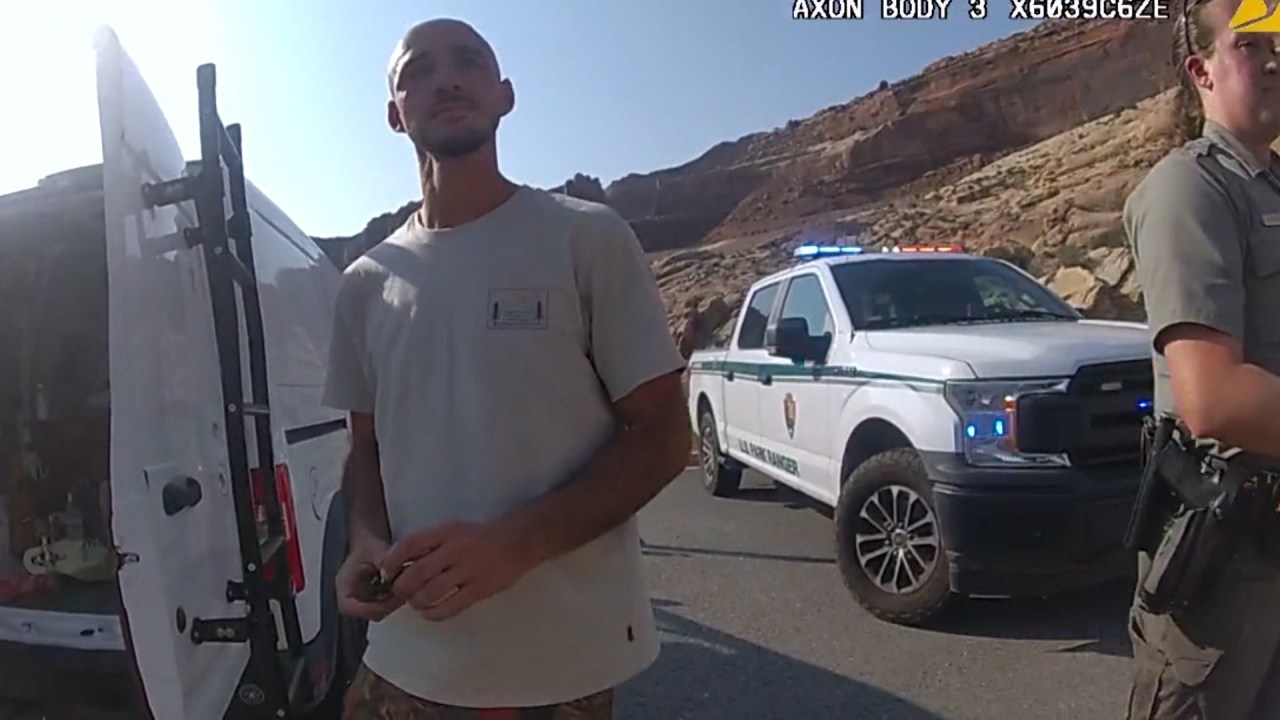 Law enforcement and others have pulled out all the stops, searching countless hours for him in the Sarasota County area. But in a newly-released 911 call, an Appalachian Trail hiker claims he saw Laundrie hundreds of miles away – near the border of North Carolina and Tennessee.

The Haywood County Sheriff’s Office in North Carolina says it has had 10 recent calls about Laundrie. The office on Monday released one of the 911 calls about a possible sighting.

“I’m on the highway right now but um, I ran into Brian Lauer just a little while ago,” the caller said.

The caller was on the phone with dispatch for more than four minutes. He said he believed he spotted Laundrie in a white truck.

“As I turned around, and I’m coming back by him, he’s waving his arm out of his truck like for me to slow down,” the caller said. “He was talking wild. He said that his girlfriend [unintelligible] and he had to go out to California to see her and he was asking me how to get to California.”

“I went and parked and pulled up the photographs of him and I’m 99.99% sure that was him,” the caller added.

According to the Haywood County Sheriff’s Office, the call came in around 2:40 a.m. Saturday. Two deputies were immediately dispatched to the North Carolina-Tennessee border and encountered one person who was not Laundrie.

In a statement, the Haywood County Sheriff’s Office says, in part, “We will continue to respond and fully investigate all calls for service related to the nationwide search for Mr. Laundrie.”

While there have been many alleged Laundrie sightings; to date, law enforcement has not deemed any of the sightings to be credible.

Meanwhile, back home in Sarasota County, the search for Laundrie has been scaled back.

The FBI is leading the search, but North Port police told 8 On Your Side Monday, “we have consistently been providing support in small groups.”

A very small group was spotted by Eagle 8 HD at the swamp on Monday. Photojournalist Paul Lamison spotted three men on an airboat with a canine in a wet area, deep in the reserve.

To date, federal and local authorities have revealed no sign, clue or evidence of Laundrie’s alleged stop at the swamp.

Brian Laundrie’s sister saw him twice after return to Florida, was at Fort De Soto with family: attorney

Laundrie remains the sole person of interest in the Gabby Petito case, after authorities say he returned home to North Port without her on Sept. 1 from a cross-country trip the couple had been on.

Laundrie was reported missing by his family on Sept. 17.